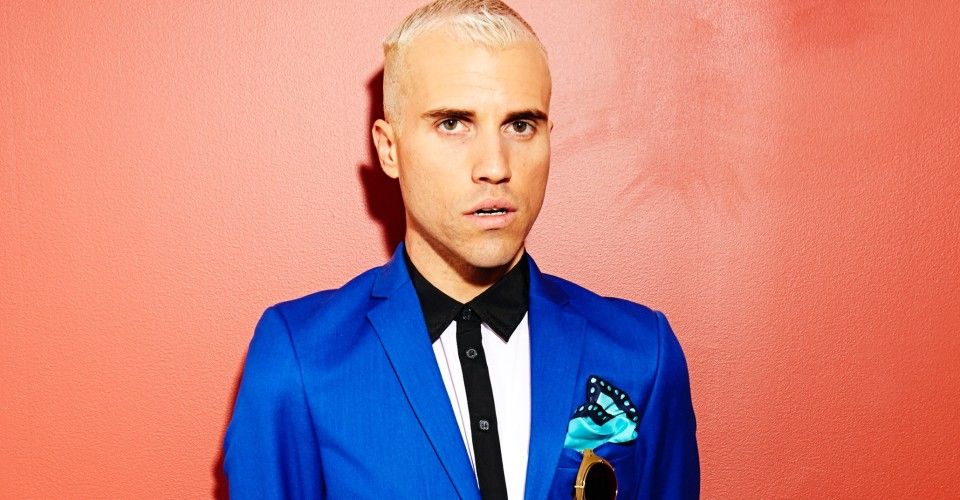 So, starting from the beginning, you and your friend Chris Allen moved to Utah where you then met Branden Campbell and Elaine Bradley. How did the music scene in Utah shape your guys’ sound and career?

TG: I think it really helped us learn how to play better, because we were always in front of an audience. When we would play in California, a lot of the time we were just playing coffee shops because there isn’t really a music scene where we were from. So eventually we moved to this college town in Utah called Provo, and they just had a nice scene there; a lot of bands doing cool stuff and a lot of people in college starting bands just as a hobby. We were able to build a fan base pretty steadily when we first moved there, so we just stayed in Utah. Though I don’t live in Provo anymore, I think that it has continued to keep us grounded, and it helps me unplug in between recording cycles and touring and all that good stuff. I don’t know if being in Utah has helped out our career any, but I think it has helped my happiness. 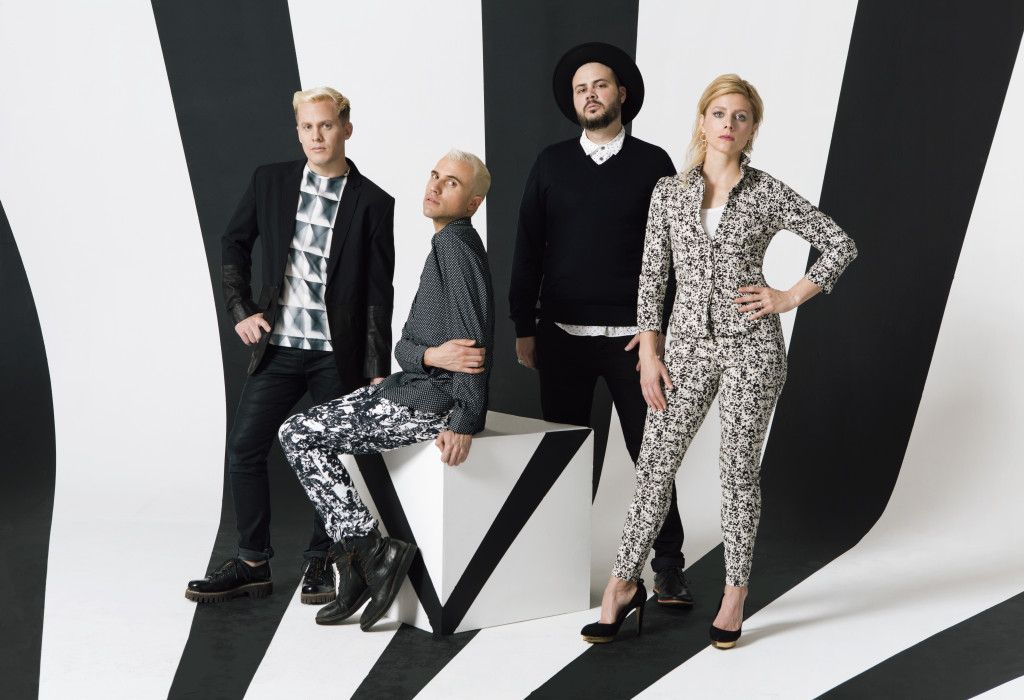 Now was there a defining moment when you knew you had finally made it to a point of personal success?

TG: I think that the fact that we still get to do it is kind of in a sense. You know when we first started the band 10 years ago or whatever, I would have never have thought we could go to the middle of nowhere and attract a crowd and that fact we can still do that is cool. We’ve done it our way, and we have been able to release music we like and that, to me, is not defining success, but it’s what makes me think we made it in a way.

It wasn’t until about a year ago when you came out as openly gay; how has that changed your band dynamic?

I think the positive side of coming out publicly was I was able to do it through music and through a music magazine instead of a gossip magazine or Twitter or something. For me it kept it music-centered, and I think for our last record it added a sense of weight and a sense of personality to our music. With the fans that really like us beyond just the singles, I think it helped add weight and definition to our band and more personality and personally just being able to be myself completely was a really cool thing. I don’t know if it directly affected the career in a good or bad way, which is I think the ultimate goal when you share something about your personal life — I think that’s good.

As a Mormon, how have you come to find your true identity alongside your faith traditions?

TG: I don’t know, it’s been a process, definitely going to say that. I haven’t been an active churchgoer for the last nine years, but I’ll always consider myself Mormon because that set of spiritual principles is how I align a lot of my life. You know there are things I do and a lifestyle of mind that don’t always go hand in hand with that. If I didn’t believe in it, if I was done with it, I would leave, but there are things that still keep me considering myself spiritually Mormon.

Obviously times are changing, what do you think about the changes being made in the Mormon Church?

TG: Yeah I think it’s cool, there are a lot of things going on in the religion with women’s rights and different movements having a more active role in the church. I think there are a lot of cool members of the church who are saying, you know, let’s change some of this old social stuff because a lot of it doesn’t affect what the doctrine is. It’s more of just social things that the church has been a part of for so long, so that in that way I think the change is very exciting. 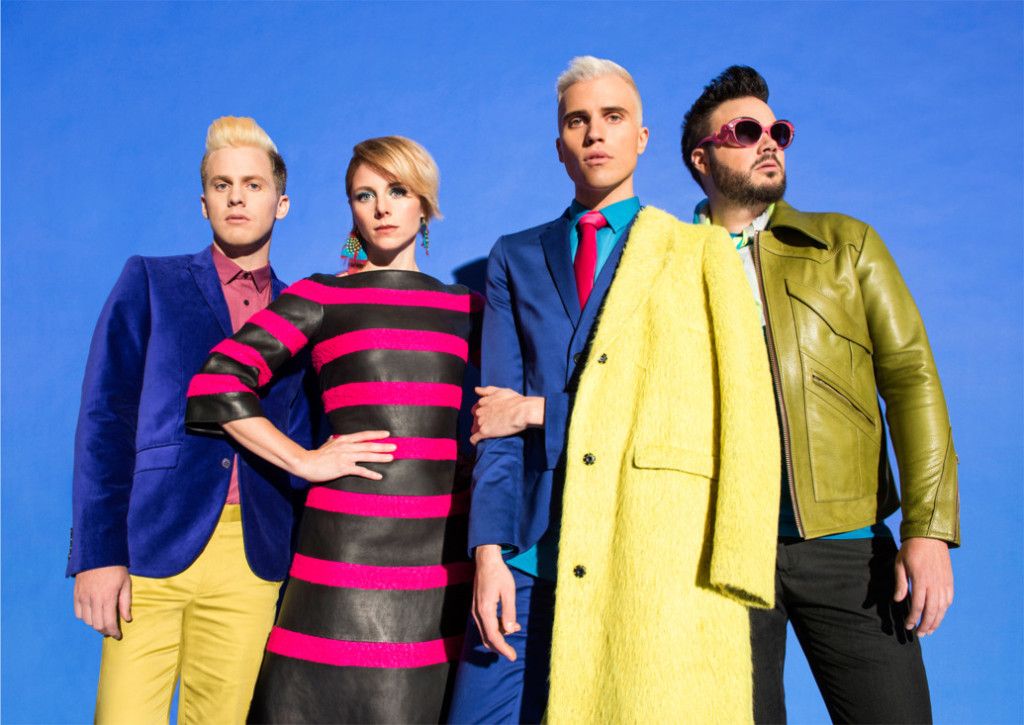 So your recent album, “Pop Psychology” — what was your inspiration in writing the album?

TG: I wanted to write like a big unabashed pop-rock record; I think we have always kind of done that well, but I wanted to really experiment with the production side of it. So I studied a lot of big hits from the ’70s and ’80s that I wanted to sort of use as inspiration, from anyone from Peter Gabriel to Billy Idol to Eddie Money — just like a lot of people who you maybe don’t hear about anymore. I decided to start writing music and then I realized I started writing about my private life within these pop songs. I was seeing my therapist and was really feeling very open for the first time in a while. I think just the idea of the name, “Pop Psychology,” seemed right because I was talking a lot about that but in the form of a pop-rock song. The imagery was really colorful and pop-art and happy and celebratory and it’s cool. I think maybe some people were thrown off by the images, but I thought it was really exciting and cool, so I am proud of it.

Is there a song from “Pop Psychology” apart from the rest that has a closer connection to you?

TG: Yeah, there’s two that definitely stick out. There is a song called “Living In Another World” on that album that is just a flat out sort of confrontation with myself basically. There’s a song called “Voices In The Hall” that’s really introspective and quiet. We’ve never really done a song like that, and, for me, it is talking about things that I wasn’t able to talk about before. I think the whole record could have very well been a solo album just because it’s very much my thoughts but the band was a big fan and loved it; but it’s taken from my voice for sure.

TG: I don’t know, it could be fun. I’m open to the idea. I think on the last record there were a couple things we did that didn’t make the record, but yeah I think we tried some stuff. But, at the end of the day, it’s got to be us. I don’t want to feel like we are just doing it for hype, which is cool if an artist does do that. I love the idea of collaborating, and we have in the past, but the records haven’t always made it to the album. But I am definitely open if something cool happened, for sure.

What would your dream collaboration be?

TG: I love Missy Elliot. I think it would be interesting to see her take on a Neon Trees song and what she would bring production-wise to it. I love Solange Knowles (she’s really interesting), and Dev Hynes from Blood Orange is really cool. Out of the bigger artists, I think Lady Gaga is really interesting and changing it up every record. I love that she can do a jazz record and then a dance record and a pop record. So it would be interesting to work with her for sure, but those are the ones that come to mind I think.

You are just about to start your summer tour in an about a week. Is there going to be something special in this tour?

TG: I think overall it’s got a special feeling because we are playing smaller theaters and clubs again. So it’s not going to be like the last tour where we did a big theatrical production and costume changes with an incredible video show and all that. I think we wanted to scale back on production but not on the quality to make it more about the music again. I want to hang out after the show and meet everybody, just kinda make it a more of a personal thing again. I think for real fans of our band, they’re going to feel like it’s a special night.

You all just released a new single, “Songs I Can’t Listen To,” which talks about the difficulty listening to songs that had a meaning in a friendship or relationship that has been broken. What would you say are the songs that are hard for you to listen to?

TG: Yeah, that’s a good question. For me there are a whole bunch of Ryan Adam and Smith songs that I can’t listen to because it takes me to that place back with some of my friends. There’s also a lot of really cheesy pop songs that I have no business knowing from like the early 2000s that I’ll hear, and they will take me back you know to high school or whatever. It’s pretty remarkable how music can completely transport you, and I know that sounds sort of cliched, but it really does. I’ll hear this music in a grocery store, and I will be completely taken to a mood and a feeling and it’s wild.

What lies in the future for Neon Trees? Where do you see Neon Trees going in the next five years?

TG: Five years? [Laughs] I don’t even know if we are going to be a band in five years. I know for the band we are all really pondering that right now and trying to think of what next move is best for the band Neon Trees. I love my band, and I want to make the next right record and next right move. I just never want to feel like we are just doing it because were expected to. So we’re definitely thinking of that as a band and I’ve been writing a lot of music too still, you know, and I am definitely interested in like other stuff and music as well. We are just kind of at a crossroads right now, so I don’t know. You’ll know more soon, I’m sure. 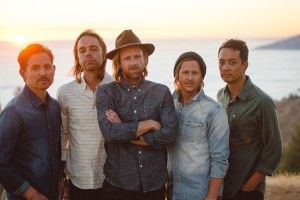 I recently got to chat with Chad Butler of Switchfoot for their upcoming show at the Greek Theatre in Los Angeles. Growing...
Copyright 2013 Jupiter Premium Magazine Theme
Back to top