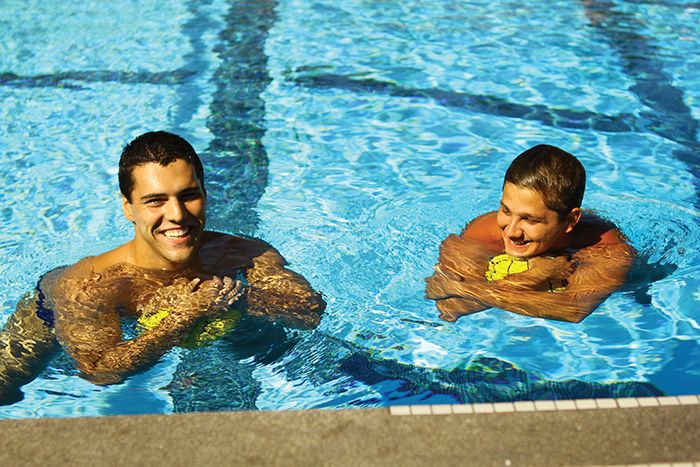 Transfer junior Luka Simic hails from Belgrade, Serbia. Simic heard about Pepperdine from a former Serbian teammate who went on to play polo for Stanford. When Pepperdine offered him a scholarship, Simic believed it was an easy choice. Simic is redshirting this season due to an injury, but is training for a Division I debut in the fall of 2015. 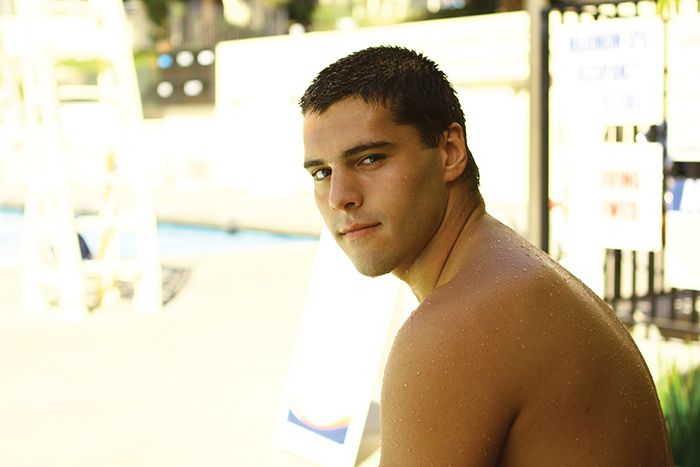 Q: What brought you into the sport of water polo?

A: When I was young I tried playing different sports, but nothing was interesting enough for me. My stepdad was a water polo player, and he took me to my first water polo practice. I have been playing water polo for 11 years now.

Q: What do you love about the sport?

A: Where I come from, water polo players are sometimes called modern gladiators. What I really love about water polo is that you encounter players bigger and stronger than you all the time, but the way you think and how brave you are makes the difference.

Q: What are your goals for this season?

A: I am injured, so my first goal is to get better and to be able to play next season. After this season I will have two more seasons to play and the goal is to win

A: I am a psychology major. I find interesting all fields of psychology but I am particularly interested in psychotherapy, behavioral and sport psychology.

Q: What are three words you would use to describe yourself?

A: Funny, open-minded and adventurous.

Q: What is your biggest polo accomplishment?

A: Back in Serbia, I played with some of the best players who played the game. That was my biggest honor and accomplishment.

Marko Madaras is a senior from Eger, Hungary. Redshirting the 2014 season, he has already made a name for himself with three Hungarian Championship Titles and four consecutive Hungarian Cup victories. Madaras led his former team, Golden West College, to a 2011 National Title. In his first two seasons with the Waves, he scored 64 times in 43 matches and ranked 13th in MPSF goals per game averages. He’s studying economics, and plans to obtain his Master’s and prepare for the Olympics. 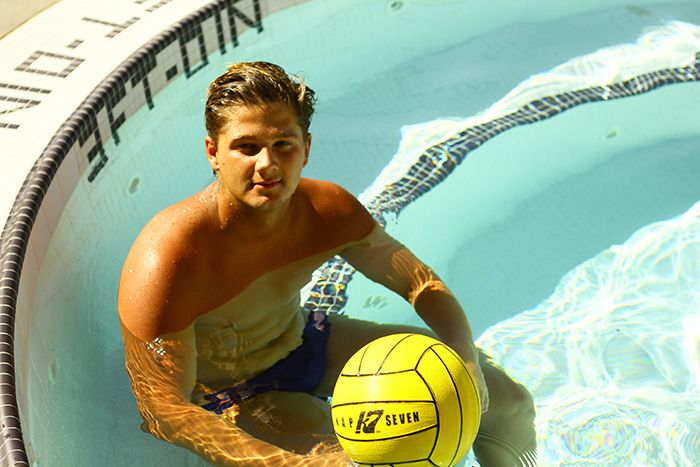 Q: What brought you to the sport of water polo?

A: I have been playing water polo for about 14 years. I grew up in a family that was really into water sports; my grandma, my dad and my brother were swimmers, so I figured out really soon that I was going to end up in the pool as well … I was following my brother’s footsteps. He was already playing water polo when I switched from swimming. He has always been my role model, and his two Olympic Gold medals from 2004 and 2008 always were a huge motivation for me.

Q: What do you love about the sport?

A: I love team sports, and the family environment that surrounds the pool. Water polo has taught me a lot, such as being a team player and being a hard worker. I never accept failure, I hate losing more than anything. Therefore, I always try to give my best at everything I do. I don’t think I would have the same personality and confidence if I did not play water polo.

Q: How did you end up at Pepperdine?

A: My best friend, Bence Valics, started his college career a year before me, and he told me about Pepperdine. The first time I visited, I loved the campus and the goals the team set up for the future seasons. I thought that this was the perfect place for me to improve as a player and as a person as well.

Q: Do you miss home?

A: My first year was not easy; it took me a while to get used to the culture and the people, but as time passed by it became easier and easier. I think I miss Hungarian food the most, which has been an issue since my first year. Every time I go home I always gain more weight than I am supposed to, and my coaches are not too happy with that.

Q: Why did you decide to redshirt?

A: Playing for Pepperdine has not been as successful as planned, and this is the main reason why I have decided to redshirt. I think we were ranked No. 4 two years ago going into the MPSF tournament, and we ended up being No. 8. We had a good team with really good individuals that year, and we were definitely supposed to do better than that. Last year we had a good team again but did not do as well as we should have. I was really disappointed after those two seasons, and I knew I could not leave Pepperdine like that, so the coaches and I had a meeting and thought that I should stay for another season and fight for the championship title.

Interstellar: A Galaxy Not So Far Away? 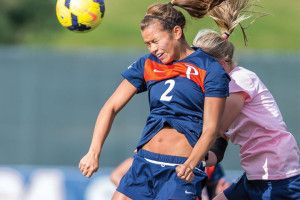 Photo Courtesy of Matt Weigand from The Gonzaga Bulletin The No. 11 Waves soccer team returned home with a win and a tie in their...
Copyright 2013 Jupiter Premium Magazine Theme
Back to top