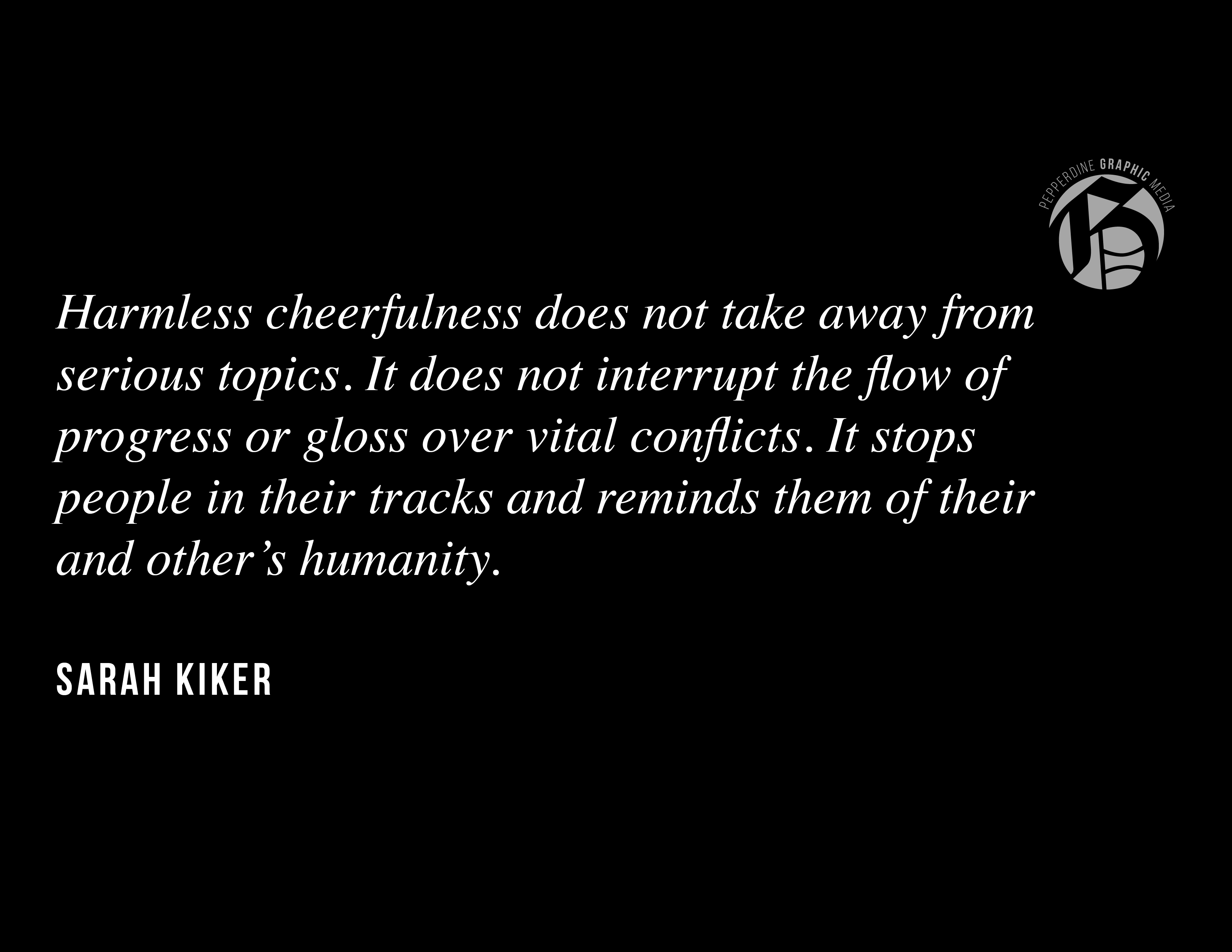 In a world full of frustration, anger, hate and sadness, there are many tools people can use to fight against all of the negative dialogue happening across the country. There are ways to balance out the negativity, particularly with harmless cheerfulness.

Charles Dickens once said about his work, “I feel an earnest and humble desire, and shall do until I die, to increase the stock of harmless cheerfulness.” Dickens was not afraid to write about topical, controversial and disheartening topics, but he was still whimsical at his core.

It’s important to talk seriously about topics that require change and action, but it’s also important to remember to make room for a little bit of ridiculousness. Without it, there is nothing to break up the often depressing stream of news.

I earnestly believe that putting harmless, positive energy out into the world, in any number of ways, is the best way to increase a sense of national, or even global unity. Harmless cheerfulness does not take away from serious topics. It does not interrupt the flow of progress or gloss over vital conflicts. It stops people in their tracks and reminds them of their and other’s humanity.

I would like to see laughter added into the national dialogue. I want to see the President crack a harmless joke that doesn’t isolate one half of the country. I want to see posters of memes plastered onto walls and street signs. I want to see gifs playing on the TVs at electronics stores.

Early this year, after covering an especially exhausting story about President Donald Trump’s administration and the Russia collusion allegations, John Oliver had dancing penguins on his show and said, “Things are allowed to be nice!”

I don’t want to encourage false optimism or promote the belief that everything is fine. There are changes that need to be made and discussions that need to be had. However, none of the tragedies or conflicts persisting in this country define the national identity. Humor is a way to remind everyone that underneath these problems are fellow humans who can appreciate a good laugh.