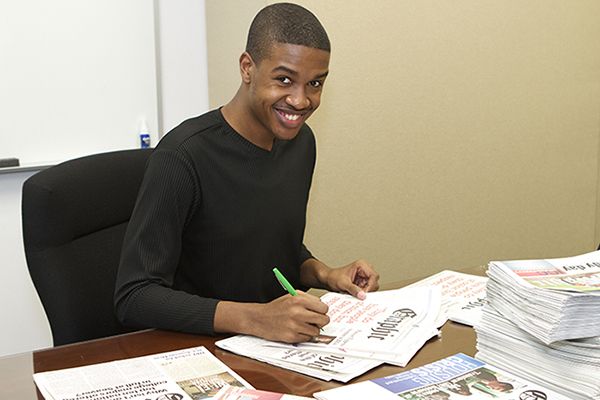 Each week, The Joshua Gray “GRAYDE” column will present a collection of opinions based on Gray’s personal experiences “grayding” current cultural perceptions and challenging our societal progression toward a better future.

There is no need for your sympathy because, at the end of the day, my race will not hinder my perseverance to accomplish even more than anybody else.

As a leader in the Seaver undergraduate community, I’ve learned that it is important to recognize and respect the races, ethnicities, and cultures — and the battles and struggles each face — within the Pepperdine community because these facets conspire to diversify Pepperdine. Recognition and respect are important because at the end of the day, “everyone you meet is fighting a battle you know nothing about,” according to author Wendy Mass.

In the wake of the recent murder of Michael Brown in Ferguson,  Mo., I took the opportunity to reflect on my life as a black man in America, and, ultimately, at Pepperdine — I’m in a war that may very well persist throughout my lifetime. I’m in a war consisting of disabling the use of my race as a primary indication of the bad we’ve done or as a precedence for the levels of success I’m permitted to attain. I’m in a war battling to empower my race as a window to peer into what created me and the universal values from my culture that ultimately made me.

Honestly, our privilege of attending Pepperdine can hinder us from opening up to the diverse cultures and struggles that embody a fellow Wave. I’ve come to realize that the moment I walk off campus, I inherit a strategic target. A target placed on my value as a person and my potential impact on the world. I have to fight a war consisting of constant reaffirmation of my value.

At times, I grow weary from fighting this “race” or “stereotype” war. However, it is important to understand that I have the power to excel. In order to survive this fight, it is important to consistently dedicate yourself to working towards excellency — destroying the power within the stereotypes that strive to distract your advancement.

Don’t act as if your token friend of color is not engaged in a war. Recognize and understand the complexities of cultures that characterize the Wave community. Through recognition and respect, we may see the universal values that each culture possesses, in this we find the true beauty of Pepperdine.