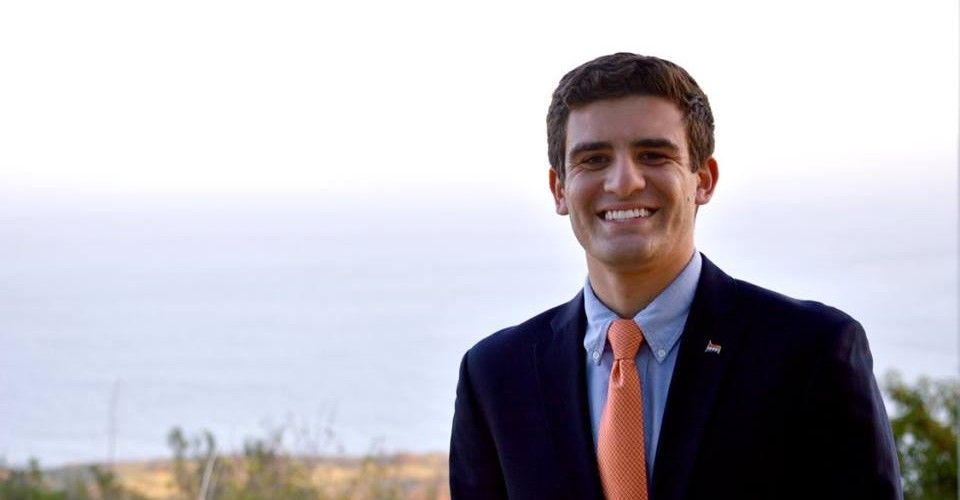 “I think in certain stages of your life –– being a senior in high school is one of them, and I think being a senior in college is another –– it’s hard to envision your life after this phase. What’s next, you know? As a senior in high school, trying to envision what is it like to be in college. Or as a college senior, trying to figure out life post-grad. Trying to find where you fit in the real world. But the more I think about it, the more I think about all of the little things that have led me to where I am now.”

When Senior Class President Nick Schifano was in the 7th grade, his parents went to a Halloween costume party for his dad’s work. Instead of letting him run around the town with his friends, Schifano’s parents sent him to their neighbor’s house for the evening. Despite his protests, he reluctantly agreed and headed next door. The night was full of TV movies, sugary Halloween candy and apple-flavored drinks –– but more importantly, a conversation about the past and future all in one.

Schifano’s neighbor quizzed him about his plans for the future, everything from which career he intended to pursue, to which University he would attend. Nick did not have an answer at the time, but the neighbor reminiscenced about how if he could do it all over, he would attend a Christian school out on the West Coast near the beach.

When Schifano returned home later that night, he did a Google search on private California Universities near the beach. The first school to come up was Pepperdine University. Had he never gone over to his neighbor’s house that evening, he might have never heard of the place that he now calls home.

“It is interesting in times like these to sit back and reflect on how I got here, or how I became who I am today,” Schifano said. “There is so many different people, and moments that you can trace back to, and even though I cannot see these moments happening currently, I know that they are, and that God is working through them ––guiding me to where he wants me to be later on in life.”

In his time at Pepperdine, Schifano has been involved in a wide variety of clubs and organizations, ranging from being a member of Alpha Tau Omega, to being the Resident Advisor of Miller — activities that are likely to be some of those influential moments he will look back on later in life.

“I kind of have this theory, everything I’ve done in the past, or will do in the future, I do it because I want to. Most people get involved with activities because they see it as a resume builder, or good experience for whatever they want to do in the future,” Schifano said. “But I don’t really do that, for some things, I guess, but I never think about how it will influence my future when I do something. I just go for it if it seems interesting or fun –– like I am an Economy major, with a minor in Religion. I am involved in SGA and the manager of the men’s basketball team, involved in Greek Life, while also working for HRL –– different things that I want to do, not because I feel like I have to.”

Schifano said he became interested in Student Government after looking for new ways to get involved and to explore areas of Pepperdine that he had not before.

“Towards the end of junior year, I decided not to do HRL again, because I felt like I could not be as invested as I would need or want to be, but I still wanted to be active around campus,” Schifano said. “I was the student body president in high school, and I always enjoyed it, so I decided to run for President of SGA, actually, but wasn’t elected, so I interviewed for Senior Class President, and, well, here we are.”

However, Schifano said serving as class president has not been without its difficulties.

“Every year, it is a tradition that SGA makes sweatshirts for the senior class. This year, Pepperdine decided they did not want to fund them, so that was our first hurdle. But eventually, we got the funding by making it a more extensive ordering process, but now, we have gotten backlash from students on the design,” Schifano said. “Some people love it, some don’t. Some hate the quarter-zip, others hate the crewneck. I guess it’s a good lesson to realize that in any sort of leadership position, you can’t really please everyone, and you just have to roll with the punches.”

When asked about his plans for the future, Schifano said he is unsure of what is to come, or what his next step is, but is confident that everything will work out the way that it should.

“Thinking back on all of the little things, nothing specific that I could pinpoint, just all of the little moments that have gotten me to where I am today –– it’s just reassuring knowing that in a time of a lot of uncertainty, that I have been in a place where I haven’t known what is next before, and that God has always remained faithful, and helped guide me to the right place, and I know that is what is happening now.” 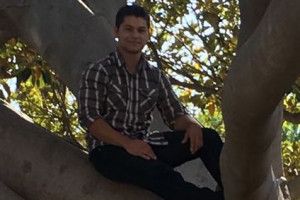