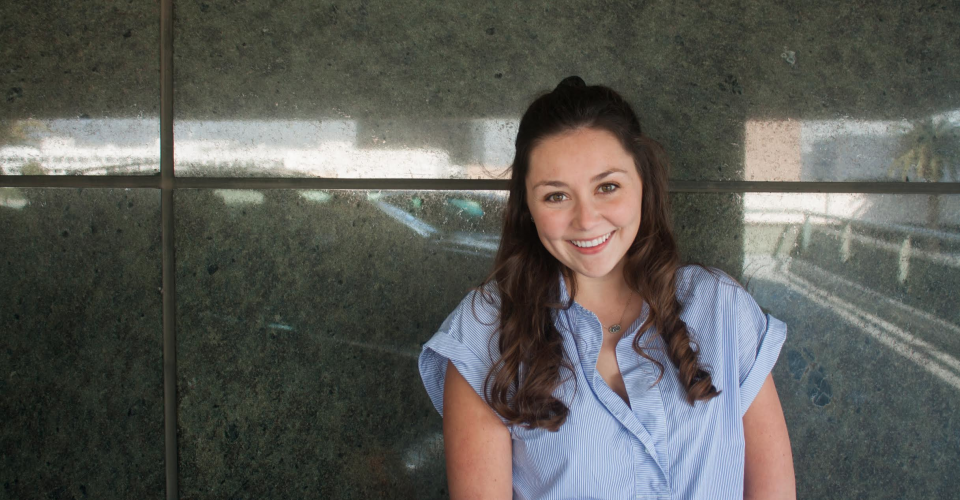 “I started performing when I was 8, and it launched me into a career as a child actor. I dabbled in a few commercials,” Hannah Prater said. “I began Pepperdine as a double major in Theatre and Advertising because I didn’t want to let the performing aspect go yet.”

Prater said she chose to attend Pepperdine because of the opportunities offered in advertising, as well as internships in the advertising field. She holds a special interest in the field because of its creative, right-brain involvement. Prater is a second semester senior who was born and raised in San Diego. She said she knew Pepperdine was the right choice not only because of her chosen major but also because of the geographic proximity to home.

“I like the faith aspect of it, and it was important for me to have an environment that supported my beliefs,” Prater said. “It’s the perfect size and not too far from home.”

Prater said she attended a faith-based high school in San Diego. Faith-based education was important to Prater, and she said she knew it would be something she would seek out in a college.

Prater works at “E!” as an intern in their marketing department, which serves as a great outlet to exercise her creative skills. In addition to securing an internship at the prestigious network, Prater also was the head of marketing for her sorority, which she said allowed her to utilize her knowledge, and successfully promote the organization as a whole.

“I was able to hold a marketing position in my sorority, which I was able to blend my social aspects in life with my career-driven ones,” Prater said.

During her freshman year at Pepperdine, Prater said being a double major in Theatre and Advertising was a rigorous as well as demanding schedule to tend to. Prater performed in professional theater from the time she was eight years old until she was 16. However, her passion for the stage was not forgotten when she decided to drop her major in theater to solely focus on advertising. Prater, while in search for a job her freshman year, decided to trust her musical incline and audition for a role as a Disneyland performer.

“I was looking for a job, so I applied for some on-campus jobs and got denied from all of them, which was a humbling experience,” Prater said. “A girl in my sorority encouraged me to audition, so I thought given my background in theater already it would be a good transition, I auditioned and was one of 20 people to get a performing role out of the 1,200 who auditioned.”

Prater found performing at Disneyland to be a great learning experience for her, as well as an opportunity to immerse herself into a fast-paced environment, where professionalism is a top priority.

“I didn’t know I could be denied from being a HAWC worker, but apparently you can,” Prater said, “My mom really didn’t want me to do it since it was so far, but it was the first time in my life I didn’t listen to her. I am really glad I didn’t get that HAWC position because I got to work at Disneyland.”

After finishing the last bite of her chocolate chip cookie dough Quest Bar, Prater smiled and said she is excited for her future after she graduates from the place she has called home for the past four years. Although she said it’s daunting to move on from the ultimate college experience, she is ready to conquer the next steps life and her chosen career path have to offer her.

“It’s really important to be creative in my major and in my work; I like it because it’s a challenge,” Prater said. “You’re given certain parameters and you have to work within those parameters, I am someone who is always motivated by challenges.” 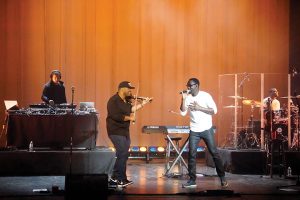 Photos by Kayla LeeMusical duo Black Violin performed for an audience of all ages on Wednesday, Feb. 1 in Smothers Theatre,...
Copyright 2013 Jupiter Premium Magazine Theme
Back to top