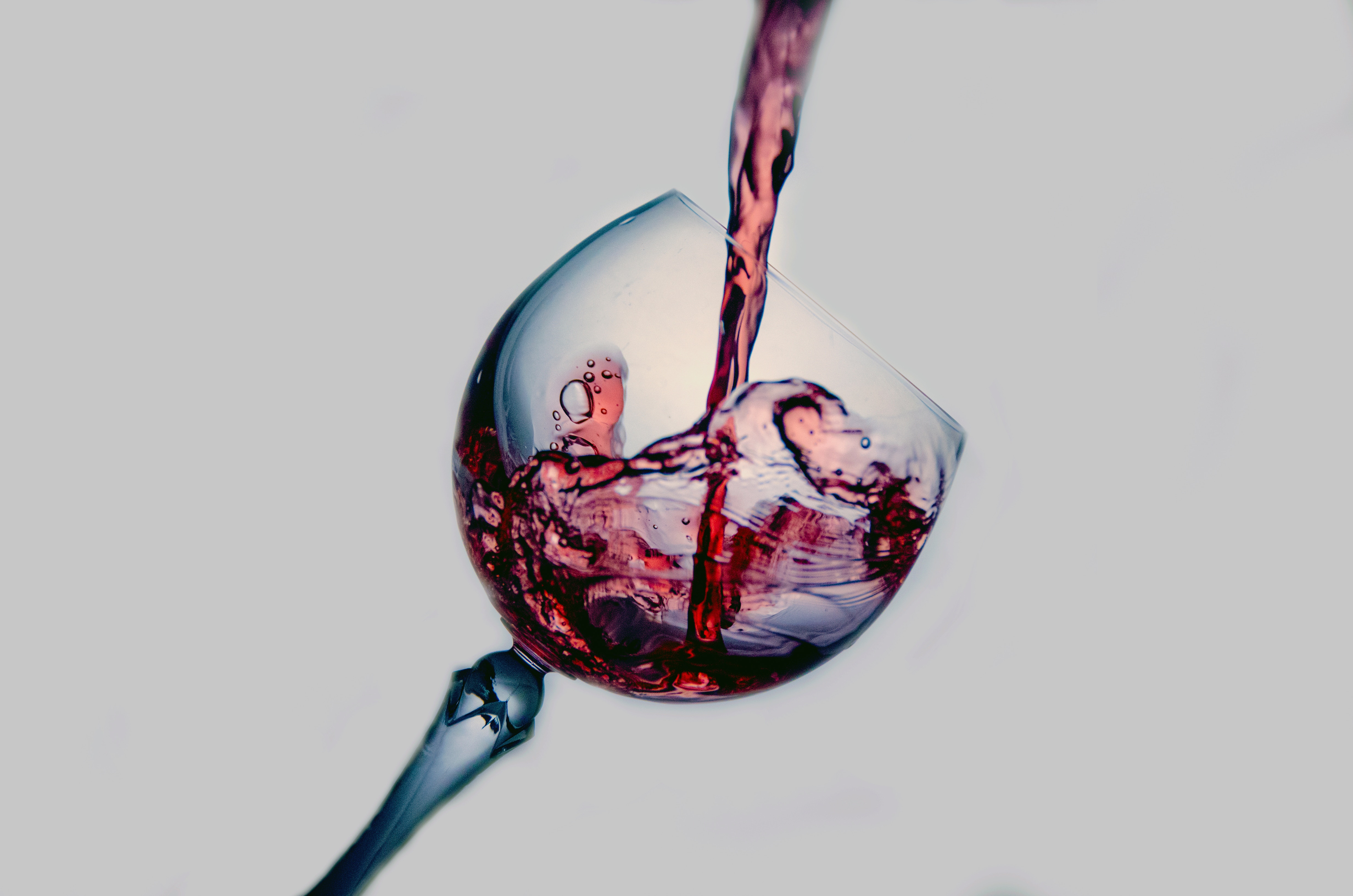 Pepperdine’s alcohol policy does not allow drinking on campus for a myriad of historical, religious and community-centered reasons. However, unlike some other Christian universities, the policy yields to allow responsible alcohol consumption off-campus for students who are over the age of 21. From the one policy exception to the Pepperdine’s party school past, here are the basics on Pepperdine’s dry campus alcohol policy.

“The consumption or possession of alcoholic beverages or possession of empty containers is prohibited on University property or at any University-sponsored event or activity, regardless of the student’s age,” according to the Pepperdine Student Code of Conduct.

Dean of Student Affairs Mark Davis said Pepperdine has had its “dry campus” policy since its founding in 1937. However, whether the university enforced no alcohol on campus in the past is a different story.

“When I first came to Pepperdine, in my first year in this role as Dean of Student Affairs, [which] was 2002, I was shocked when I came in,” Davis said.

Davis said he found a campus where binge drinking rates were higher than the national average, according to a national Harvard study of university drinking that he cited. This study prompted Davis and his team to lead focus groups and studies of their own to find the source of the problem.

“What we found was that we were a party school,” Davis said. “The [Resident Advisors] RAs were the ones showing people where the parties were off-campus.”

Soon after, Davis said Pepperdine tightened up their alcohol policy and developed a more comprehensive rather than punitive approach: a standard alcohol violation warranted mandatory visits with the Counseling Center and an online educational program, as well as probation.

By 2004, the Harvard Alcohol Study noted a drop in percentage of Pepperdine students who participated in binge drinking from 50 percent to 32 percent, according to a report by Davis.

Although continuation of the historical and religious norm is a factor, Davis said there are also several other reasons that Pepperdine continues to uphold a policy that bans all alcohol usage on campus. One major incentive is safety.

“Our concern for that is not just to regulate individual behavior, although that is important for character development, but because drunkenness is often associated with community concerns such as sexual assault or driving under the influence,” Davis said.

Associate Dean of Student Affairs for Community Standards Sharon Beard said banning alcohol on campus negates distractions from the learning environment that a college campus ought to be.

“Most of our on-campus students are not of age,” Beard said. “But even for those who are of age, we don’t see how alcohol in our community can enhance the educational experience.”

While it is true that most of Pepperdine’s on-campus students are under the age of 21, there are several older residents living in places like George Page and Drescher. Davis said residents such as these of “mixed” age ranges are another reason that the dry campus policy is helpful: it is difficult to stay consistent between different punishments across age groups.

“Partly in respect to the freshman who are wanting to try to follow the law, it can be really hard when the people right next door are able to drink,” Davis said.

Guide to Alcohol Off-Campus for Minors

In accordance with national and California law, underage students are not allowed to drink alcohol off-campus.

“Colleges and universities that accept federal aid are required to enforce the Drug-free Campus Act,” Davis said. “So we are not allowed, of course, to allow alcohol … for anyone under 21.”

However, Davis dispelled a common myth that some students hold: that underage students are not permitted to be in the presence of alcohol either.

“You can be around alcohol off campus,” Davis said. “We just ask you to follow the law and to be responsible.”

The bottom line: although one could get in trouble being in the presence of alcohol on campus, underage students could go to parties where alcohol is present without fear of punishment, as long as they resist the temptation to drink.

As Resident Advisor (RA) of White house, part of junior Lexi Johnson’s job is to enforce Pepperdine’s alcohol policy in freshman housing. However, Johnson said she does not believe most RAs are intentionally sniffing out rule-breakers.

“I want to make sure [my residents are] safe, but I’m not a hound dog waiting for them to come home at two [a.m.],” Johnson said. “There definitely are RAs that do that and those are crazy stories. But essentially, it’s if you see it, you say something about it. But we’re not outright looking for people breaking the rules.”

Guide to Alcohol Off-Campus for 21+

Responsible drinking is permitted for students over the age of 21 years old off campus, Davis and Beard said. However, drunkenness is not.

“Drunkenness, on or off campus, is not consistent with the moral standards of the University and may result, minimally, in University probation on the first offense and suspension on the second offense,” according to Pepperdine’s Student Code of Conduct.

The line between “drinking” and “drunkenness” can be difficult to define, Beard said. Technically, drunkenness is measured as 0.08 on a breathalyzer, but there are also other determinations when considering this limit.

“It is one of those more difficult things to define when you don’t have a breathalyzer, but if you’re feeling the effects of the alcohol and starting to lose control, then I would say you could know that you are drunk,” Beard said.

Johnson said while her job is pretty straightforward in freshmen housing, RAs in mainly upperclassmen residences, such as Drescher, have a more complex job in regards to enforcing alcohol violations.

“If I was an RA in Drescher, the only reason I would be giving citations for alcohol would be if there is alcohol within one of the apartments or if the student is obviously drunk,” Johnson said. “Whereas with freshmen, if there has been any drinking whatsoever, I would still have to do something because they’re still under 21 and they are on campus.”

Johnson said, according to her RA training, an of-age individual would basically have to be “belligerent” to receive a drinking citation on campus.

“For example, if I go out and come back stumbling and yelling, an RA will come up to me,” Johnson said. “But if I have a glass of wine or whatever and go back to my room and live normally, there is no problem with that because I’m 21 and I’m doing it responsibly.”

The One Place Where Alcohol is Allowed On Campus

The one exception to the dry campus policy applies to a narrow subsection of the Pepperdine population: staff and faculty. Beard and Davis said faculty housing is the only place that alcohol is permitted on campus.

Davis said this exception is evidence to the fact that Pepperdine does not mean to cast alcohol in a “sinful” or “evil” light.

“We’re not anti-alcohol and there’s no problem with a faculty member making their own decision about what to drink,” Davis said.

The Process if Someone is Caught

For a first-time alcohol policy offender, sanctions are typically predictable, according to the “Standard Sanctions” page of the Student Code of Conduct website. The website includes a chart of particular minimum punishments associated with certain violations.

Beard said the disciplinary process begins with her at the Office of Community Standards.

“Typically, I receive reports from an RA or Public Safety [officer],” Beard said. “So, it’s sent to my office and I then review the report to see if there is enough information to charge the student. Then, I set up a meeting with the student.”

Beard said a four-month probation is the standard sanction for first-time alcohol offenses, such as possession of alcohol on campus or returning to campus drunk.

“The standard sanction that we issue … for first time alcohol violation is university probation and alcohol assessment with our Counseling Center and an online education program,” Beard said. “When students are on probation that means their status with the university is tenuous and any other violations would result in suspension. [Probation] means that you can’t hold certain leadership positions and it does impact the IP experience.”

Beard said if a student only meets with her, probation is the highest punishment he or she would be able to receive. However, if she determines the case to be more severe, Beard said she sends student’s case before the Student Disciplinary Committee to decide. Upon reviewing the case, this committee is capable of issuing more severe punishments, such as suspension or expulsion.

Consequences of Getting Caught

“Every student who has accepted a scholarship, loan, fellowship, grant-in-aid or any other financial assistance by the University or the state is deemed to have agreed to observe the rules and regulations of the University,” according to the Forfeiture of Financial Assistance page of the Student Code of Conduct website. “In such cases students who have accordingly violated the Student Code of Conduct may forfeit their financial assistance.”

An alcohol policy violation can also ultimately lead to the inability to participate in Pepperdine International Programs (IP), Davis and Beard said. However, this is a decision on the part of the IP office rather than their own divisions.

“International Programs decided … that it’s a privilege to go overseas and we really need … to have students who have demonstrated their ability to follow rules, even if they don’t agree with them,” Davis said. “If Pepperdine students can’t demonstrate their ability to follow the rules of the house on campus, then let’s give the privilege to someone else.”

However, an alcohol violation resulting in the standard sanction of probation does not mean that studying abroad is off the table indefinitely.

“Once the student is off probation, they can fully apply and attend one of the programs,” Beard said. “It’s not taken away forever.”

It may not come as a surprise, but Davis said Pepperdine plans to continue upholding its dry campus policy. However, just as clarifications were recently made to the Good Samaritan Policy fall 2018, efforts are in motion to update the alcohol policy at large.

The Office of Community Standards reviews the policy every year to see if revisions or clarifications should be made, Beard said. The main goals in regard to this year’s work on the policy are to make it as clear as possible, dispel commonly held myths and continue to build trust within the community, Davis said.

The distinction between “drinking” and “drunkenness” will receive some attention as well as changing language to portray the reasoning behind the policy, Davis said.

“We have an alcohol policy because we care about you, not because we’re trying to take away your fun,” Davis said. “This is a policy that we think helps a certain environment that I think most students at Pepperdine want on campus. And then it’s more about safety, community and well-being off-campus.”