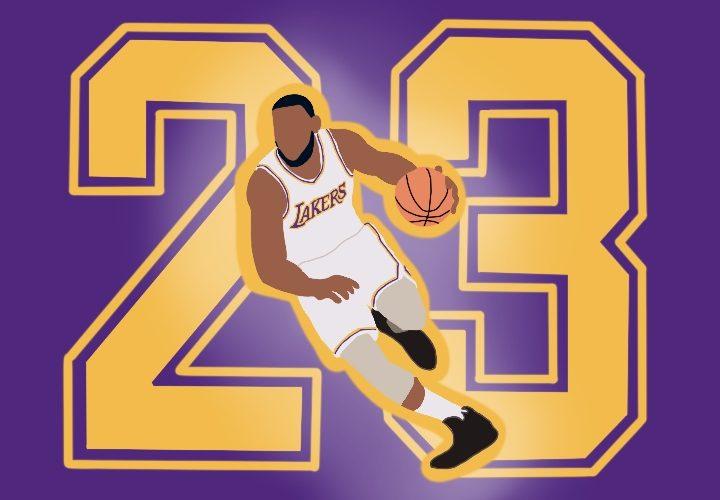 Michael Jordan is often viewed as the greatest NBA player to ever live, and a poll commissioned by ESPN found 73% of NBA fans believe Jordan is the superior player overall.

But they are wrong, LeBron James is the best player to ever live, and it’s not even close competition.

James has better numbers than Jordan, and people don’t realize the amount of help Jordan needed to win. It was only once he was surrounded by elite-level teammates that Jordan started winning.

One of the biggest arguments against James is that he needs a super team to win. People say that all Jordan needed was a ball and it did not matter what teammates were around him, he was going to win. When presented with the numbers, the opposite is true.

Before Naismith Memorial Basketball Hall of Fame teammate Scottie Pippen joined the Chicago Bulls in 1987, Jordan never got out of the first round of the playoffs and had a 1-9 record in those playoff games. He was also never above .500 in the regular season before Pippen arrived.

In James’ first stint with the Cleveland Cavaliers (2003-2010), he had a grand total of zero Hall of Fame teammates. Only two teammates made an All-Star game appearance but only once for both players.

It was clear Cleveland did not know what they were doing, because they could never surround James with any talent and overall were not a well-run team. The Cavs could never get that second star next to James and consistently overpaid for average players.

Despite this, in James’ fourth year in the league at only 22 years old, he led the struggling Cavs all the way to the NBA finals, where they ended up losing to the San Antonio Spurs, one of the greatest basketball dynasties in recent memory.

Even though James’ team lost, this was still an incredible accomplishment. As a dominant young player that season, he scored 27.3 points per game for the Cavs, leading the team. After James was guard Larry Hughes, who only scored 14.9 points per game.

Besides James, this team had no all-stars, no all NBA selections, no all-defense selections and no all-rookie selections. The Cavs didn’t look to be finals bound, but James proved he could carry a team on his back and lead them to the promised land, even as a young player.

He then led the Cavs to two Eastern Conference Finals with no talent around him.

People sometimes argue about looking at the stats or talk about how Jordan is definitely a better scorer.

When looking at the stats — according to ESPN — in regular-season totals, James has Jordan beat in points, rebounds, assists, blocks and minutes.

James has five game-winning walk-off shots in the playoffs, which is the most in NBA history — Jordan only has three.

Despite that fact, many analysts love to say James is not clutch and Jordan was definitely better in crunch time, so let’s look at the numbers.

James has 97 career game-tying or go-ahead shots in the final minute of regular-season games, which is second all-time to Kobe Bryant, who had 101, not Jordan.

Going off numbers, you can make an argument that James is the most clutch player of all time.

By the end of James’ career, he will pass Kareem Abdul Jabbar for the most points of all time. He will accomplish this despite the best thing about his game is passing. Many former and current players say James is the best passer they have ever seen. That is all you need to know.

Going from a Wave to an Olympic Gold Medalist

The Fine Print: Malibu Is Not Perfect (But It’s Pretty Close!) 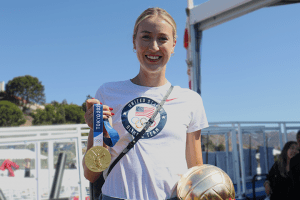 Going from a Wave to an Olympic Gold Medalist

Pepperdine alumna Kimberly Hill poses with her 2020 Olympic gold medal and golden volleyball she received at the 2021 Founder's...
Copyright 2013 Jupiter Premium Magazine Theme
Back to top