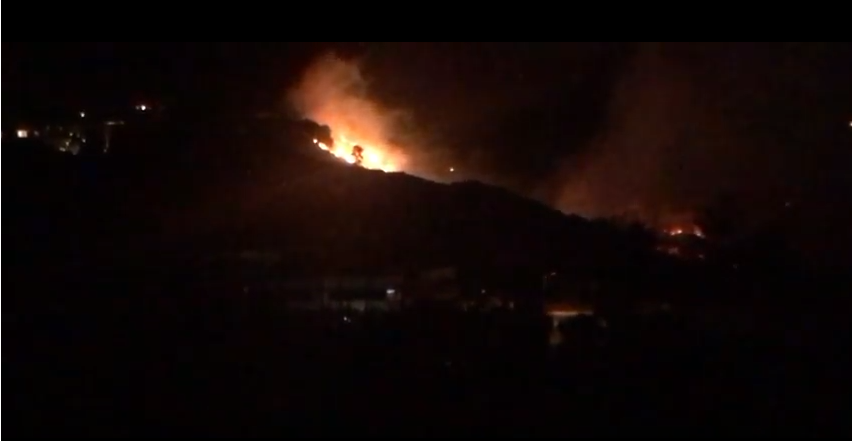 It was what everyone feared when a fire erupted this week amid red flag conditions.

Firefighters were called at 3:15 on Monday morning to deal with an initially reported 6-acre fire near the Malibu Knolls neighborhood in the Malibu Civic Center area.

Malibu resident Kyle Krutenat said it made him feel better to know how quickly the fire was put out, but the cause of the fire is unsettling.

“I believe the City of Malibu should start cracking down on that and start regulating the homeless community a little more,” said  Krutenat. “I think there are easy ways to do this through incorporating a Salvation army and stuff like that where they can stay.”

Krutenat said it was  unsettling to know how close the fire was to local residencies.

While the blaze was estimated to be 6 acres, firefights later changed the figure to approximately 2.6 acres.

The L.A. County Fire Department reporters 213 firefighters were on the ground to help put out the fire.