His Name is Phil Riola and He’s Busier Than You 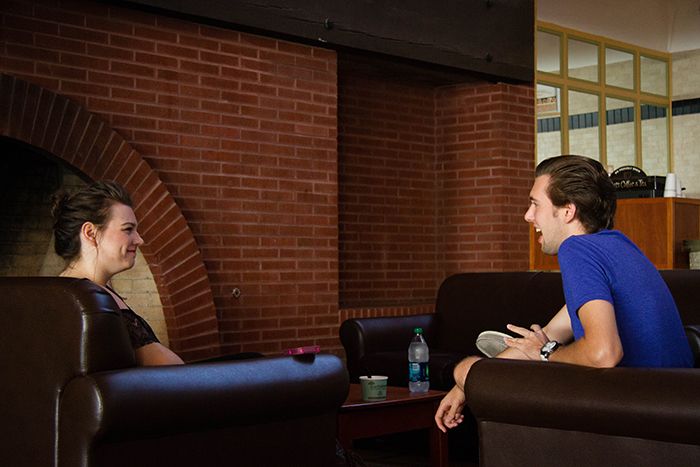 Nothing about senior Phil Riola is average. Not only does Riola balance a full course load, he engages in a 40-hour workweek at a prestigious real estate agency in Beverly Hills, while also anchoring on “Good Morning Malibu,” Pepperdine’s weekly morning news show.

Riola, 21, entered the workforce archiving videos and answering phones at age 10, following the example of his hardworking parents. His father started two ad agencies, making the active practice of being an employee part of Riola’s daily upbringing.

“Instead of coloring color books, I used to color storyboards,” Riola said.

Riola went on to work at a car dealership throughout high school where he picked up practical sales skills that developed into a personalized style.

“I don’t push people. With cars, if you don’t like this model, I’ll tell you all the good things about it,” Riola said. “If you still don’t like it, that’s fine. Listening to people is really, really big in sales.”

Riola transferred to Pepperdine from Coastal Carolina University in South Carolina after his freshman year. He owed his decision to move to his relationship with people in the L.A. area and the community-driven atmosphere of campus. Upon arriving at Pepperdine, he became involved with the morning TV show “Good Morning Malibu.” Although communication was far from economics, his chosen major, he said he remembers his time on the show fondly.

“I’m going into my fifth season on ‘Good Morning Malibu,’” Riola said. “My first year, we had the smallest staff ever. Jamie McAleney (‘13), a Pepperdine alum, and I anchored together, and we had this instant, on-camera chemistry. We did the stupidest stuff. Between segments I would eat a doughnut, and they would come back from commercial and they would not tell us. I would just be eating my doughnut, not knowing we were on-air.”

After some early difficulties in the real estate business, Riola quickly learned that passion was not enough to help him break into the market.

Eventually, Riola made a connection with a top real estate agency through a Pepperdine student. This break allowed him to intern with Jade Mills, the No. 1 internationally ranked real estate agent for Coldwell Banker.

“I interned with [Jade Mills] for a semester, and it was a mutual understanding that I wasn’t going to leave,” Riola said. “My internship turned into a job, and I kept that job, and that job progressed. I’ve been with her now two years. In the past two years, I’ve been involved in about $610 million in transactions.”

Riola said he credits Mills with much of his success in the workforce and recognizes the importance of making connections — even as a student.

“[Having a mentor] is the most important thing,” Riola said. “If you don’t do an internship while you are in college, you are at a disadvantage, and it doesn’t matter what field you are going into.”

Riola constantly works to find balance in his schedule, putting equal stress on his academics, work and extracurriculars. While the task of managing such a responsibility-laden schedule seems daunting to some, Riola demonstrates the prowess of a seasoned multi-tasker. He has determined strategies for being successful across his many fields.

“I spent a lot of time planning my classes,” Riola said. “I’m graduating early. I have only ever had classes two days a week. I stacked them all. I’m able to do two days of class, and then the other five days a week I can work.”

The version of this article that ran in the Sept. 4, 2014, issue of the Graphic incorrectly stated that Good Morning Malibu is a bi-monthly morning news show. GMM runs once a week on Friday mornings, not twice a month. 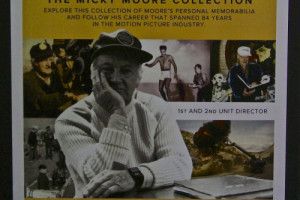 Photo by Allison Hubbard Exhibit featuring the life and work of famed “Indiana Jones” and “Raiders of the Lost Ark”...
Copyright 2013 Jupiter Premium Magazine Theme
Back to top