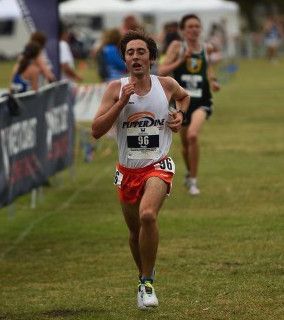 This was what their whole season had been building toward. All of the exhausting workouts, the frustrating races, the countless 6 a.m. wake-up calls were behind them. The WCC Championships in San Diego wasn’t the final race for certain members of the Cross-Country team, but it was the beginning of the end. The postseason started that Friday morning.

Standout sophomore Nick Heath started this posteason with an 18th place overall result and a 25:08 time. This is the first time a Wave has earned a top-20 finish since 2007, and it was 21 spots better than Heath’s performance in 2015, according to Pepperdine athletics’ website. The Waves as a team posted an eighth place finish, which is the exact same placement Pepperdine wound up in last year in Spokane.

Of course, Heath was happy with his performance, not just for that one time in particular, but how it represented his growth as a runner over the past two years as a collegiate athlete. Heath said that his improvement while as a Wave is due to his intense regimen and work ethic.

“I think it’s just putting in a lot of consistent training over the track season, over the summer and all cross country season long,” Heath said. “I’m pushing to do longer distance runs, increase my mileage per week and really forcing my times down on mile repeats and tempo runs. Consistent training pays off.”

Senior captain Ben Fox also had a stellar showing with a 26:17 time that resulted in a 42nd place finish, his best placing in the event in his Pepperdine career. However, Fox said that although he was proud of his race, he knew he could do better, and expects more from himself at Regionals.

“I was happy with my performance at the WCCs, I ran the best I’ve run in the four years I’ve been here, so that’s something to look forward to,” Fox said. “But I wish I was a little bit farther ahead since I’ve run faster at that course before.”

Unfortunately, not everyone felt strongly about how they raced. Redshirt junior Nick Blanchard, another one of the team’s captains and one of the Waves’ most consistent leaders over the past four years, had a rough time on the course with a 27:21 time. Blanchard said that some prolonged injuries might have resulted in his less-than-stellar experience.

“I was pretty disappointed with my performance, individually. I was having some pain for the past few weeks in my leg, and those pains didn’t subside, and my leg just kept flaring up on me, so didn’t have the race I was looking to have,” Blanchard said. “Hopefully my legs get better in the next couple weeks, so we can make a good run at regionals.”

The Waves’ final team event of the season will be at the NCAA’s West Regionals, and Heath said then he should be prepared for the challenge.

“I’m really excited about Regionals, it’s a super-competitive and amazing environment to be in,” Heath said. “I want to see if I can beat my 10k time that I set in track this last year. It’s a bit harder since I’ll be running on grass, but if I can do that, I think that will show good improvement.”

The NCAA cross country West Regionals will take place in Sacramento on Nov. 11. For many of the Waves’ runners, this will be their last cross country race for Pepperdine. The postseason began in San Diego, and most likely, pending Heath potentially qualifying for Nationals, it will end in Sacramento. 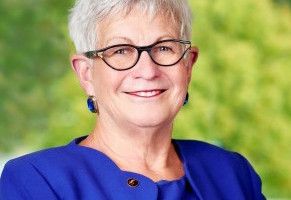