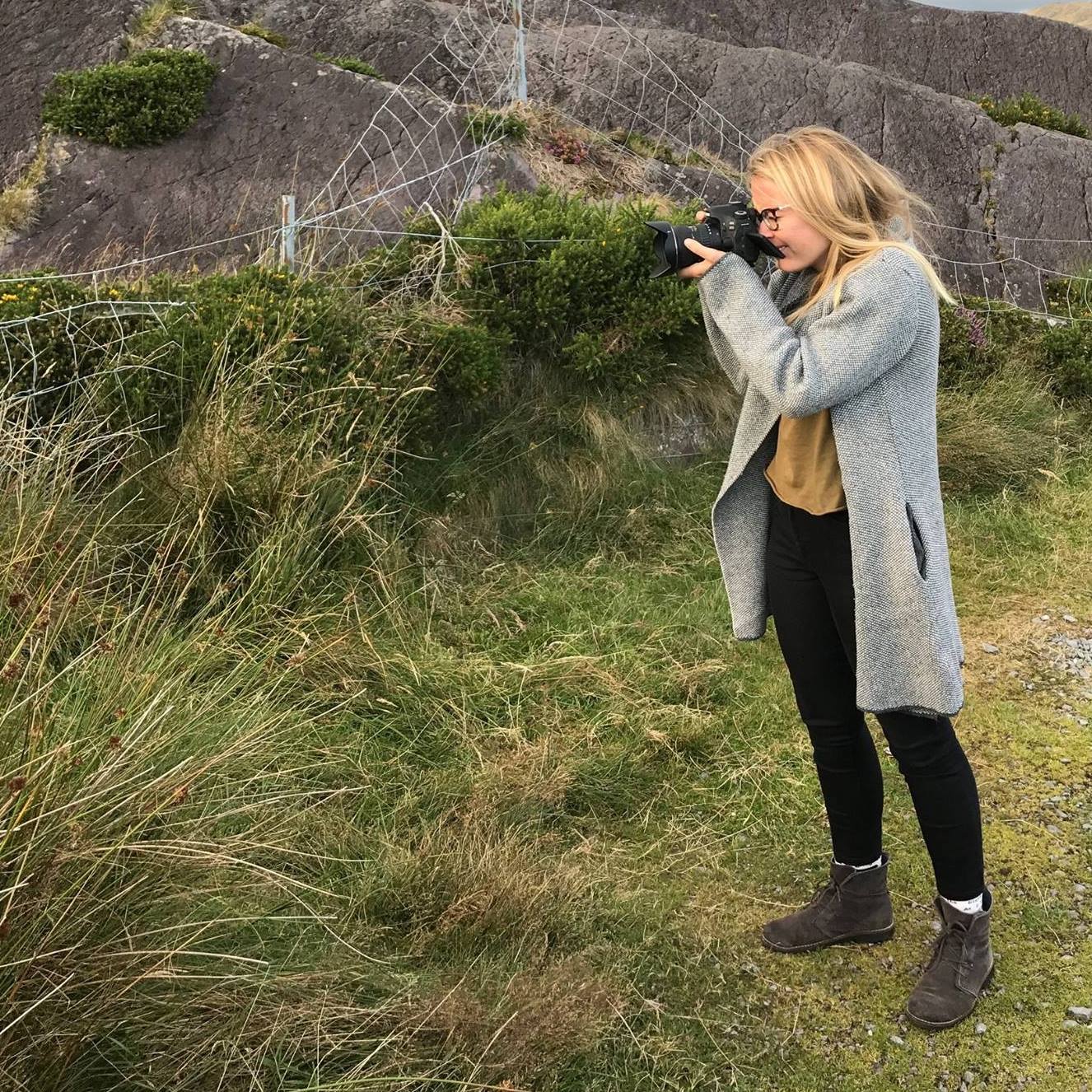 When thinking about the arts, film and video editing is not usually the first thing that comes to mind. But it requires skill, time and undivided attention.

It’s an art, and senior Hanna Sturwold is already working in the industry editing feature films, documentaries and commercials.

“I love editing because it can enhance [a] story and bring it to another level [by] searching for the perfect moments in everyone’s work,” Sturwold said. “Without editing there’s only clips and takes but with editing there’s a story.”

The 22-year-old is now editing content for companies such as Gucci, Google, Kodak and Converse.

“For Gucci, I edited a short fashion film for a new line premiering in Dubai,” Sturwold said. “It was trickier to edit because it was shot during a photo shoot, so there were flashes on screen that I had to cut away from [and] find small moments to hold onto to create emotion. It was so fun.”

Sturwold grew up in Chicago and moved to Los Angeles, hoping to start a career in the film industry.

“I knew there’s way more opportunities for me here,” she said. “Chicago has a much smaller film world.”

Sturwold started working with cameras when she was 8. She realized she wanted to be an editor in high school when she became the manager of her school’s broadcasting club and started teaching film classes at a nearby grade school.

After high school, Sturwold attended a summer film program at Chapman University, which further convinced her to move to California. When Sturwold came to Pepperdine as a freshman, she knew the path she wanted to take.

“I took advanced editing my freshman year since I knew I wanted to be an editor,” Sturwold said. “I also took scoring, which helped me massively to create good rhythm in images, and screenwriting [to learn] how to hold on emotional beats.”

The summer after her first year at Pepperdine, Sturwold interned for Angry Productions and Citizen Skull Productions where she “went on runs to get salads” until they eventually gave her the chance to do the “real job.”

“I got a lot of experience of how production offices are run,” she said. “Some internship roles turned into small jobs [where] I saved all the money I made to buy equipment to create my own editing bay.”

Sturwold’s first feature film as a head editor is “32 Weeks.“ The film tells the story of a girl who wakes up after a car accident and is unable to remember the preceding weeks, leaving her to recreate the missing pieces.

“I was the only editor on the team,” Sturwold said. “[It was] different than editing commercials because [I had] to focus on how to lengthen out the scenes and build emotion.”

Sturwold’s favorite project she has edited is “The German King,”a short film based on a true story that takes place before World War I.

“Working on this has helped me become more in touch with my German roots,” she said. “It’s also a story about German history I had never learned about while in school.”

Sturwold is also passionate about gender equality in the film industry, especially in light of the #MeToo Movement. USA Today recently interviewed Sturwold. In the interview, she said employers should be more gender neutral.

“It’s not about hiring only female professionals or about hiring fewer men,” Sturwold said. “It’s about giving everyone equal opportunity.”

“She saved the story,” she said. “She is one of the top, strongest female editors out there, and she is all about trying to make the story better through editing. She’s my inspiration.”

Today, Sturwold has her own post-production studio in Santa Monica, and she said students with the same dream shouldn’t be afraid.

“Even if you are not completely sure you could pull something off, say yes,” she said. “Commit and you can figure it out while on the job. Always be willing to take risks and say yes to new opportunities.”