Grass grows greener across the pond 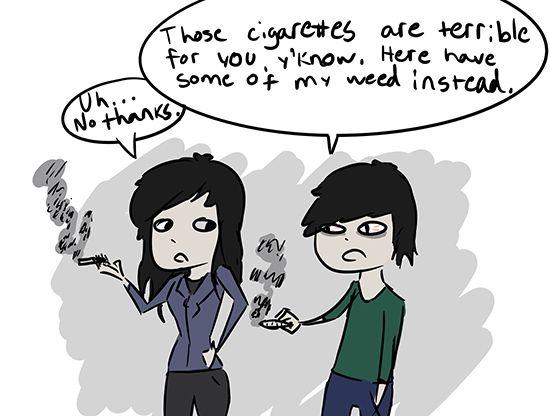 Over the summer I developed a bad habit. An addiction, you might say. Mothers steer their children away from my kind. Zealous health-conscious college students cough loudly in my presence. Elderly women shake their heads, showing their disapproval, uttering ‘tsk-tsk’ when they see what I inhale into my blackened lungs.

Friends, I smoke Marlboros. Menthols, to be exact.

Yes! I shall oust myself as a semi-repentant social smoker and cancer stick connoisseur (who is currently on my latest attempt to quit — hopefully for good). My friends, dutiful and loyal that they are, have repeatedly tried to persuade me to kick the nasty habit — sometimes successfully, sometimes not so much. They have tried many ways, but I outsmarted them all … save for one man. With dexterity unparalleled by even the most roguish of rogues, this one man has managed to pilfer my cigarette cartons from my pockets and chuck them out of the nearest window without the slightest hint of repentance.

In my agitated state, he would always try to find a bright side to the otherwise dismal situation by saying, “Andrea, next time you want to smoke, we’re going to go out and smoke weed.”

Of course, I was appalled at the notion. Not to be that one international student, but in my country, we have a death penalty for drug traffickers. Smokers are in abundance — heck, we even made YouTube fame once for having a video of a chain-smoking toddler — but the smoking of ganja has remained in the penumbra land of social stigma. This is not to say that the act does not happen, but I have always ranked marijuana above smoking in the list of debaucheries one can commit. If you smoke weed, you’re a bad girl. Yet, in America, it is almost as though the positions have been switched.

Just recently, on Jan. 19, TIME Magazine reported in their “Weed” sub-section that President Barack Obama has called for progress on the decriminalization of marijuana. In other words, and if you’ll excuse my pun, the President has effectively claimed that it is high time for change. Of course, it is important to understand the context in which Obama has given this statement — he is in fact tackling the irregularities of a biased justice system. In his words, “It’s important for it to go forward because it’s important for society not to have a situation in which a large portion of people have at one time or another broken the law and only a select few get punished.”

This makes perfect logical sense. Rule of law is fundamental to a legitimate government. Yet, it is interesting to consider whether or not socio-cultural shifts are taking place when it comes to marijuana. A daring foray into the house parties, that purport to “turn up” every weekend will, if the explorer is intrepid enough, inevitably turn up the distinctive aroma of weed. It has arguably become a party staple, along with the standard warm beer, sketchy jungle juice and Kendrick Lamar music. This brings up an interesting point of comparison: Yes, warm beer should be considered an abomination — but the fact that many minors have had an unfortunate encounter with the room-temperature concoction illustrates just how widespread under-21 alcohol consumption is. However, unlike marijuana, there is no indication that lawmakers will begin letting minors toast their equally inebriated friends without fearing an unexpected visit from the police. On the other hand, the legalization of marijuana is being treated with greater openness, and in California, the issue of enforcement is basically a joke.

One must note that these are merely observational sketches made by an outsider. Nevertheless, the regulation (and deregulation) of substances may provide a fascinating look at how social values are constantly in a state of change. Then again, this rests on the assumption that our laws accurately reflect what we believe in. The 20th century saw the civil rights and feminist movements march to secure legal validation for their causes. The new millennium is seeing LGBT groups struggle for marriage equality.

While it would be a bit ridiculous to equate the legalization of marijuana to such issues, they still prove a point — in the 18th century, people would have laughed if you proposed that women should vote and that slavery should be abolished. Perhaps in the 22nd century the trendiest coffee shops will offer the latest bong technology, and cocaine will be next on the legalization debate. Cigarette smokers, meanwhile, will probably all be dead.

Interestingly enough, the same friend who invited me to combat my carcinogenic callings with a healthy dose of weed is adamantly opposed to its legalization. With all the love I can muster, he is quite a character.

Staff Editorial: College is an investment that pays off (eventually) 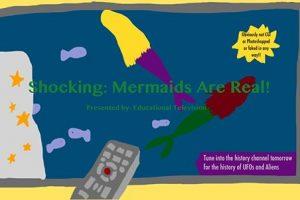 Art by Brooke Muschott I don’t always watch television, but when I do it’s usually something no longer on the air....
Copyright 2013 Jupiter Premium Magazine Theme
Back to top