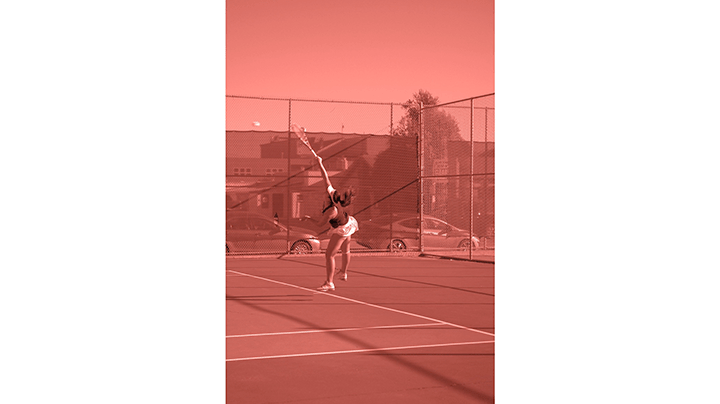 From serving on the tennis court to serving young adults in the church, a single injury changed the entire trajectory of Pepperdine alumna Kim Yeung’s life.

Yeung grew up as a competitive tennis player, working toward her life-long goal of playing at the collegiate level. After sustaining a knee injury that left her unable to walk, run or play tennis, Yeung found peace in her faith as she wrestled with understanding her identity and purpose — much like the biblical patriarch Jacob wrestled with God in the Bible, leaving Jacob with a limp.

“If God doesn’t heal me, this is my hip injury, my version of God’s mark on my life,” Yeung said.

At age 9, Yeung made her first big decision — choosing tennis over ballet. Advancing rapidly, Yeung’s life began to revolve around the sport.

“To say that tennis was everything accurately sums up life,” Yeung said.

Attending school for only half of the day in middle school, Yeung said she would leave at lunch to train.

All the while, Yeung said she was growing in her faith and was torn between spending busy weekends at tennis tournaments or attending church and participating in youth group activities.

In her sophomore year of high school, Yeung tore what medical experts believed was her meniscus. However, unable to identify the exact injury, doctors could not perform surgery, which set Yeung on an 11-month journey to recovery.

No longer able to play tennis, Yeung instead attended church frequently, feeling the support of her church community through their words of wisdom.

“From what I know of God, they keep saying, ‘God is a healer,’” Yeung said. “I mean I haven’t experienced God as a healer in my life before, but they say, ‘God’s a healer,’ so maybe I should have a little more hope.”

Yeung hoped for physical but also spiritual healing — to find peace after losing her sense of identity.

“It was restoring who I am without all the trophies, without the ranking, without being known in my town for [playing tennis],” Yeung said. “Since tennis and faith were my two big things in my life, taking tennis out of the equation just made it all about my faith.”

Though Yeung has healed significantly, she said she is not able to play tennis to the same capacity she could before the injury. Through the injury, however, Yeung said she gained clarity for her future.

Yeung graduated in Fall 2020 with a bachelor’s degree in Religion and now serves as a youth minister for Vintage Church Malibu.