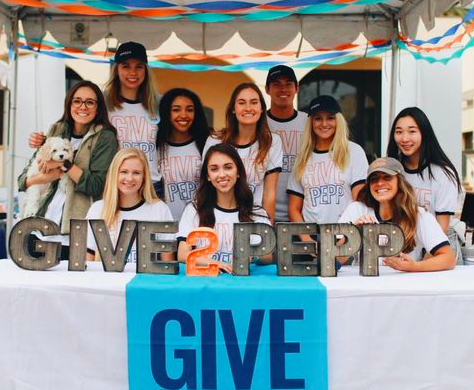 The second annual Give2Pepp fundraiser had one mission: bigger and better, according to the Give2Pepp website. The fundraiser connected alumni, faculty and students from all five of Pepperdine’s campuses, although the final tally is slightly below last year’s total of $500k.

Over 3,140 donors, with at least 917 being first-time donors contributed money towards money towards the fundraiser, the Seaver Class Giving Officer Angela Kappus, said. Give2Pepp raised upwards of $349,916 for Pepperdine, Kappus said. Kappus works within the Pepperdine Fund, which supplies resources such as financial aid and academic initiatives throughout the Pepperdine campuses, she said. 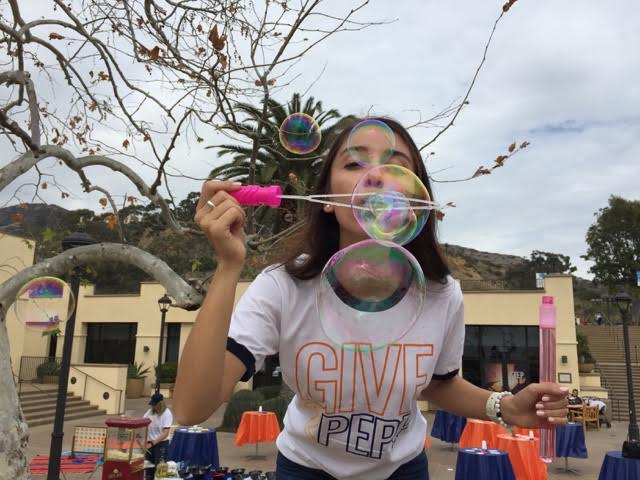 Kappus said she provides information to students regarding donations to the university, in addition to advising the Student Philanthropy Council. The SPC is comprised of students who work to educate the student body about the importance of giving back to Pepperdine, as stated on their website.

The SPC was a key component in both the initial creation of the event and running this year’s booths at the Seaver campus, SPC Council President Aletta Marciano said. Marciano has been working for SPC since her sophomore year.

“The SPC provides the education and advertisement and manpower that helps run the Seaver portion of Give2Pepp,” Marciano said. “SPC specifically works on targeting Seaver college current students, faculty and alumni for contributions.”

Give2Pepp initially began as a Seaver-focused fundraiser but is now expanding to include all five schools within the University, Kappus said. Since its kickoff March 8, 2017 the Pepperdine Fund and the SPC have worked to connect alumni all over the world, Kappus said, and students at all the campuses.

“The Pepperdine Fund has the opportunity to spearhead Give2Pepp,” Kappus said. The goal is to make the fundraiser an annual pep-rally-type event to encourage the spirit of donating to Pepperdine while celebrating the community of Pepperdine, involving the whole campus.” 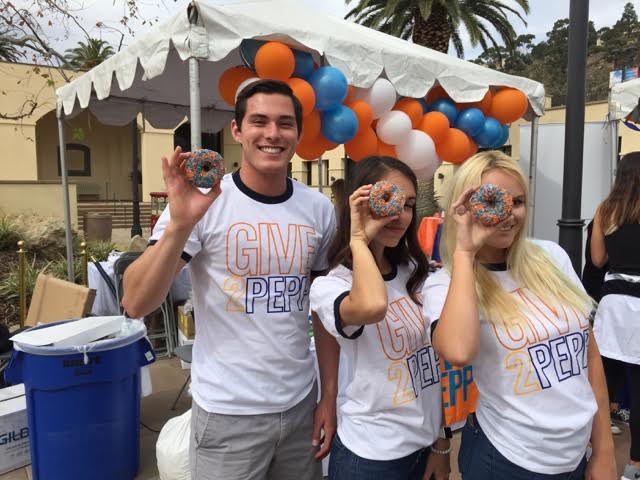 “It’s not just giving back to the palm trees,” she said. “Donors can really give to whatever department they want, whether that be the International Programs or scholarships or your division. It’s great to see that.”

This year, the Religion and Philosophy Division won the award for the most participation, Kappus said. The department will receive a $9,000 for their collection.

Kappus said she is proud of this year’s fundraiser. “We had almost 500 students give back,” she said. “Pepperdine might get 1,000 students who give back for the entire academic year, so to have almost half that on one day is amazing.”

It’s one thing to hear administrators tell students about the importance of giving back to Pepperdine, but it’s another to hear it from the students themselves, Marciano said.

“One of our big goals for this year was to use our own personal and the SPC social media accounts to spread awareness,” Marciano said. “We did tabling events, to talk about SPC and its function and purpose. And we also increase understanding and awareness of how Pepperdine functions.”

Communicating the importance of donating to Pepperdine is one of the missions of SPC, both for Give2Pepp and throughout the year, Marciano said. Despite rising tuition costs, many students may be surprised to know their tuition money doesn’t fully cover the bill.

“One of the most important things that students fail to realize is that our tuition doesn’t cover what it costs to run the University,” Marciano said. “A lot of that does come from alumni and student donations.”

With the added help of personal social media, Venmo also played a key role in helping to gather donations.

“One of the most beneficial changes for this year was our ability to use Venmo to collect donations,” Marciano said, “which was really instrumental in increasing the number of people who were willing and able to donate on that specific day.”

Correction: The Religion and Philosophy Division won the Give2Pepp challenge for having the greatest participation among academic divisions. The $9,000 was a prize, not a grant.