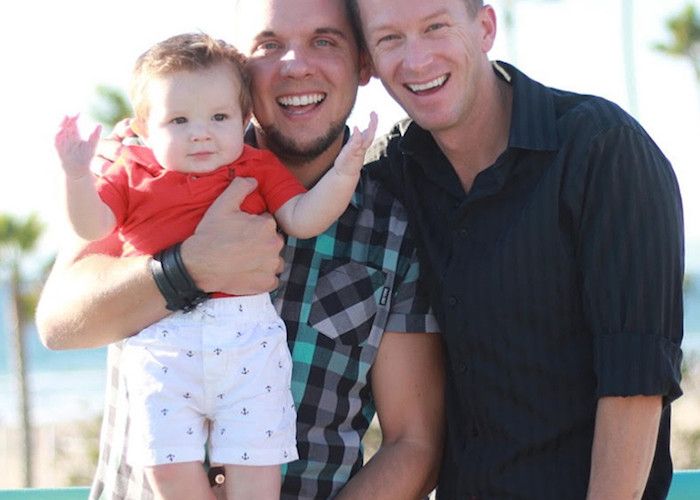 After wheeling a cadaver from the biology lab into a Board of Trustees meeting, riding his motorcycle around campus, flipping his pickup truck on Alumni Park and accidentally setting fire to the lobby of his dorm by pushing a couch into the fireplace, the Rev. Kenneth Keene was eventually asked to leave Pepperdine and not return.

His father’s antics included, Professor Bryan Keene has an extensive and rich history with Pepperdine. His grandfather, the Rev. Dr. Laurence C. Keene, taught sociology here for more than 40 years, and 11 of his family members graduated from Pepperdine with a variety of different degrees in numerous disciplines.

“In some ways, my whole life has been directed towards Pepperdine, but it wasn’t my first choice,” Keene said. “I was insistent that I go to an Ivy League or to a UC, but then more and more the university continued to grow on me.”

Keene has been teaching at Pepperdine for the past five years as an adjunct professor of Art History. He recently transitioned from teaching art history seminar courses to humanities. He also works full-time at the Getty museum and is finishing up his doctorate at the Courtauld Institute of Art in London.

All of those responsibilities, combined with maybe the most difficult — becoming the father of an 8-month-old son — is no easy feat, Keene said.

At the Getty, Keene works as a curator of manuscripts for the museum, specializing in French and Italian art from the Middle Ages. His position involves extensive research into the permanent collection of manuscripts and the newly arriving objects, including their previous owners.

Keene’s position as a curator also allows him to travel frequently throughout the year. He said transporting different pieces of art to and from Los Angeles is one of his favorite parts of the job.

A self-proclaimed “geek” and lover of history, literature, music and, of cours,e art, Keene spoke about the satisfaction he gets from working at the Getty.

“The last show that I put on view in the summer had over 150,000 visitors walk though the gallery,” he said. “[It] is so amazing to think that something that you have worked for years to research, to study and then to eventually present to the gallery, will have an impact on a huge number of people.”

Currently, Keene is working on a new exhibition at the Getty that will be on display from January to June, called “Traversing the Globe through Illuminated Manuscripts.” This exhibit will focus on the less well-known themes of the Middle Ages, he said.

“We often think of the Middle Ages as being a time of crusades and castles and knights, all of which is quite true,” Keene said. “But this exhibition is really emphasizing themes of travel, trade, connection and exotic pursuits between Europeans and the broader world.”

Keene started working at the Getty just after graduating from Pepperdine in 2006 with a degree in Art History and Romance Linguistics. He has now worked there for nine years and described the acquisition of his first position as pure chance.

“I was working as a valet in Malibu … and talked to an individual that I didn’t realize at the time was president and CEO of the museum,” he said.

The topic of Keene’s field of study came up, and his new acquaintance suggested he apply for a position.

“There happened to be a teaching position in the education department,” Keene said, “and the requirement — in fact — was to be fluent in multiple languages. It seemed immediately like the greatest combination of what I studied at Pepperdine.”

Given that Keene is fluent in Spanish, French, Italian and Portuguese, he applied and was hired within two weeks.

Once at the Getty, Keene worked for three years leading tours of the museum. When he wasn’t using his multilingual skill set to lead tours, he was giving them to anyone and everyone who visited the museum, including once to his own great-grandmother.

Keene’s first years spent at the Getty allowed him to focus his interests and eventually led him to a master’s program at Syracuse University. During this program he was able to spend a year in Florence, Italy studying Medieval and Renaissance art firsthand.

“You’re reading Medieval and Renaissance treatises; you’re practicing how to make a painting, how to make a sculpture, how to weave a garment, how to create stained glass, [while] also doing research in the archives learning how to read handwriting from a thousand years ago,” he said.

Immediately after finishing his master’s degree, Keene was asked to come back and work at the Getty in his current position as a curator.

“It’s been an amazing and unplanned path to get to where I am now,” Keene said.

Paraphrasing a passage from Proverbs 16:9, he said, “In our hearts we plan our steps, or our journeys, but the Lord directs our steps.”

Keene was born and raised in Granada Hills, California. He is of Spanish-American descent and grew up going to a Spanish-language church.

“Having Spanish heritage on my mother’s side and then growing up in Southern California in churches that were primarily Spanish-speaking allowed us to connect to other parts of the broader Hispanic heritage,” he said.

Growing up, Keene said he hated being made fun of because he loved school, loved to study and enjoyed “geeky” things like Star Wars and Harry Potter.

Laughing, Keene said, “At the end of the day I have finally come to terms with accepting the fact that I am a huge geek, and it’s fine.”

With both he and his husband Mark’s professional and educational goals coming to fruition, the couple decided it was time to focus on a more personal pursuit. Keene said that even at the very beginning of their relationship he and Mark both were certain they wanted to have a family. After weighing their many options, they settled on a local adoption agency recommended to them by some of Keene’s colleagues at the Getty, and eight months ago they adopted their son, Alexander.

“It took just over a year and a half, the entire process, and we were really fortunate to meet a couple — a young couple — up in Sacramento who were eight months pregnant.”

Keene said the two couples immediately connected and planned to have a Harry Potter-themed pre-birth party. Given that it was to be an open adoption, this would be an opportunity for all the families to meet — but Alexander had other plans, Keene said.

“We were all dressed in Harry Potter costumes driving up the coast,” he said. “We rushed into the delivery room dressed like wizards, witches and warlocks … and within 20 minutes the baby was born.”

Keene said he and Mark didn’t even know the sex of the baby at the time of the birth. They had to decide on their favorite boy and girl name options on the way to the hospital.

“It was just the most surreal experience,” he said. “Everything just happened so quickly.”

Alexander also has a full biological brother, who was adopted 16 months prior by a couple living in Hollywood. Keene said the two sets of adopted parents and the biological parents continue to be in contact and plan to maintain a relationship.

“It’s great that our son will be raised knowing who his parents are, knowing that he has a brother here in Los Angeles and having a huge network of support,” he said.

Continuing to speak about the atypical dynamic, Keene smiled and said, “It’s a truly modern family.”

As much as Keene said he loves his students and teaching humanities here at Pepperdine, there have been challenges.

Something Keene said was troubling to him, and to a number of his students, was a string of negative comments about him and his class that appeared on social media. Even more troubling were the handwritten notes placed on his car and under his office door, he said.

The notes and comments contained disrespectful, discriminatory, offensive and unsettling language that had no place at Pepperdine, or anywhere else for that matter, Keene said.

Keene decided that opening up a dialogue with his students about the comments was the best course of action, so he presented them to the entire class and ultimately addressed several students individually.

Given the publicity and anonymity of social media, making comments like that is unnecessary and can be hurtful to others, Keene said. The posts about him were originally brought to his attention by members of his class who were deeply troubled by them, he said.

“They can say whatever they want about me, I don’t care. But when it starts affecting students … it gets to the point where it’s out of hand and out of line,” Keene said.

Speaking about this incident and the racial tension that has been accruing here on campus, Keene said he understands that part of his responsibility as an educator is to speak up about issues like this.

“It’s not that I want to disrupt the status quo,” he said. “But just say things; just verbalize things. Because I think if we don’t use the classroom as a space to have difficult discussions, about race or gender or sexuality or whatever, then where else can we have those discussions?”

Keene finished his thought by saying how fortunate he feels to be in the position that he is in, both here and at the Getty.

“There is no way that I would have known that my interest in music, in art, in religion, in travel, all would dovetail into a job at the Getty and at Pepperdine,” he said.

In a last piece of advice Keene said, first and foremost, people need to follow their passions.

“When you pursue the things that you love, it’s amazing how you can have these moments where everything comes together in a truly serendipitous way that wouldn’t make sense otherwise,” he said. 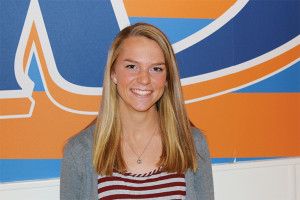 Photo by Danielle RomeoBeing an NCAA Division I athlete is definitely not easy. They’ve got to keep up their grades...
Copyright 2018 Pepperdine Graphic
Back to top