Get him to the Greek festival 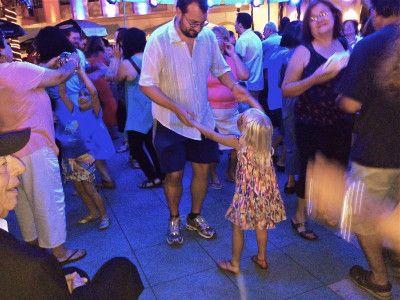 Opa, opa! The Greeks sure know how to have fun.

The 15th Annual LA Greek Fest was held in Downtown Los Angeles from Sept. 6 to Sept. 8. There were more than 20 booths featuring carnival games, hot dogs and, most importantly, authentic Greek food. Pepperdine’s International Club organized a mini field trip to the festival on Sept. 8, an activity aimed at drawing domestic and international students closer together.

Located in the open space right on South Normandie Avenue next to the St. Sophia Cathedral, the Greek Fest attracted all sorts of visitors, from toddlers to grandparents. Blue and white parasols dotted the festive area, with a Greek flag all weekend long high above the grounds. Upon entry, visitors were immediately greeted by the savory smell of Greek spices. A live band blasted upbeat Greek music, complete with a bit of Latin flair. Further in, a round dance floor with blue lights held dozens of dancing visitors. The St. Sophia Cathedral in the background seemed to transport visitors to the land of architectural splendor in Europe.

The food was the main attraction at the Greek Fest. Every imaginable type of Greek food was there, and then some more. One of the signature items was the gyro pita sandwich, which is grilled lamb meat wrapped in pita and topped with tomatoes, onions and a specialty sauce known as tzatziki. Another stand sold loukoumades, which are fried, oblong donuts drizzled in honey and nutella. Compared to regular donuts, loukoumades are smaller and much chewier.

Of course, Greek food wouldn’t be complete without seafood. The delicious shrimp santorini was sea heaven on a plate, with sizzling shrimp swimming in tomato sauce and feta cheese. Finally, there is the Greek food that Americans are obsessed with nowadays — Greek yogurt. The Greek yogurt at the festival was not the run-of-the-mill dairy product found in supermarkets. Coming in two forms — frozen and unfrozen — the tart yogurt could be drizzled in honey, vasinatha or baklava. The young vendors at the yogurt bar explained that vasinatha is a sour cherry sauce while baklava is a traditional Greek pastry. The wide range of food options was enough to make any visitor happy.

Dancing also figured heavily in the day’s festivities. Couples gathered on the dance floor and swayed to whatever music the live band was playing. Some fathers even took their little girls for a spin on the dance floor. Even though this was a Greek festival, people had a chance to experience all different kinds of dances, including salsa and Columbian dancing.

The Greek Fest wasn’t all about the food and the dancing. On one side of the festive grounds was the marketplace. The marketplace sold all kinds of Greek merchandise, from jewel-encrusted headpieces to religious icons to incense. One stall even sold belly-dancing costumes. From browsing the market, visitors could learn a lot about Greek culture.

The Pepperdine students who went to the Greek Fest with the International Club really enjoyed the experience. “The Greek Festival was a truly educational experience where I got to see a side of Greek life and culture that I really didn’t know about,” senior Basil Chong said. Freshman Ahra Cho also loved her experience at the Greek Fest. “The Greek people were really lively and also I loved the food,” she said.

The Greek Fest might be over, along with all the great Greek food, but the Ramen Yochoko Fest that is taking place the week of Sept. 14th will continue to quench the hunger of any ethnic cuisine aficionados. 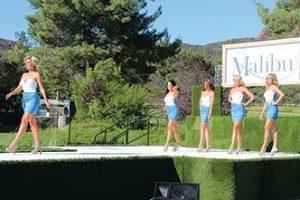