Gambino Keeps it Creative with ‘Awaken, My Love!’ 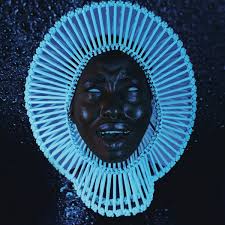 Childish Gambino brought back his unique style to the rap game when he surprised fans with his fourth album, “Awaken, My Love!” in late 2016. Unexpectedly released on Dec. 2, the album explores new style territory — something he always seems to wander into.

Donald Glover, aka Childish Gambino, has always been that weird, quirky guy willing to take creative risks. His two personas truly are separate beings — you’d never guess the two of them share the same body.

Glover is the one who took home two Golden Globes in January for his hit TV show, “Atlanta,” which he produced, wrote and starred in. “Atlanta” was also nominated for four NAACP Image Awards, which aired Sunday, Feb. 12. Gambino, on the other hand, is the once-awkward angsty rapper fans have seen evolve into a musical pioneer, perfecting his sound with each album. Regardless, he’s made a name for himself in TV, movies, stand-up comedy and the music industry, each time setting himself apart from his colleagues.

The song-style of the 11-track album varies from track to track. All of them probably fit into three categories: funk and soul, acoustic and R&B, and new-school alternative hip hop. For example, the album begins with the single “Me and Your Mama,” complete with a heavy bass line you can bob your head to and live instrumentation reminiscent of an alternative rock band. He even throws in some cult-ish vocals in the background while singing (screaming) about a woman he can’t seem to get enough of. It seems impossible to combine them all, but he does it, and he makes it work. All the elements of the song work together so well, you forget it’s more than six minutes long.

The funky soul-sounding style is evident in the tracks that follow, “Have Some Love” and “Boogieman,” two steady, upbeat jams that your mom could easily mistake as a forgotten 70s classic. He trades the cult-ish-sounding vocals for more lively ones, using them along with the keyboard and guitar riffs as the foundation of the funky rhythms. In “Redbone,” he even manages to sample one of Bootsy Collins’ songs “I’d Rather Be With You,” from 1976, clearly paying homage to the artists that inspired his sound. For all the R&B and soul enthusiasts who grew up on jams like this, you guys know how to appreciate a these nostalgia-inducing samples.

And even though the style is something that makes you want to break out your bellbottom jeans and pick out your afro, he still manages to weave a message into the tracks. Toward the very end, we see him bringing in the more acoustic, mellow sounding tracks such as “The Night Me and Your Mama Met,” and “Stand Tall.” By this part of the album, you can finally see the songs’ themes come together as a real story for his newborn son, born in October of last year. This becomes most evident in “Stand Tall,” encouraging his son to stay optimistic and to always follow his dreams.

Stylistically, any funk and soul enthusiasts will listen to most of the album and take it all in, admiring every little detail. It might not be everyone’s style, but regardless, the man has shown his ability to master another music style, all while giving his new baby boy an inspiring album to grow up to.

Dance In Flight Shines a Spotlight on Civil Rights 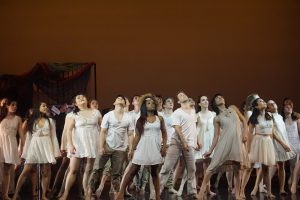 Dance In Flight Shines a Spotlight on Civil Rights

Photos by Kayla Lee Art has long been used as a tool for change and revolution. This year's Dance In Flight, which opened...
Copyright 2013 Jupiter Premium Magazine Theme
Back to top