Gaga Only Uses Half Her Skill Set In The Underwhelming ‘Joanne’ 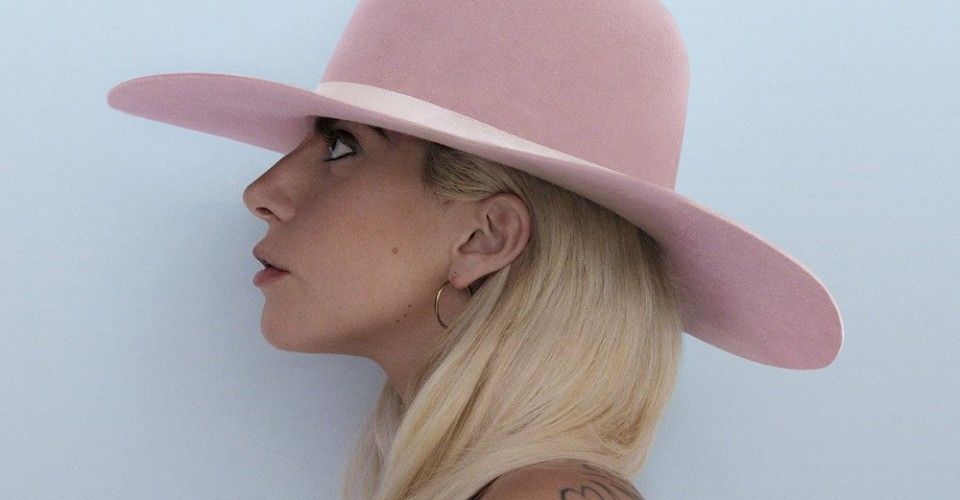 This year’s mainstream pop landscape has been a wasteland strewn with recycled, bland EDM/tropical house, sleazy bros failing at sincerity, and our normally electrifying megastars sleepwalking through gentrified dancehall (or just ignoring pop radio all together — looking at you, Beyonce and Kanye). And the stuff that’s legitimately solid is crushingly dark, from the ’10s answer to Linkin Park — yes, that’s exactly what Twenty One Pilots are and you know it — to one of the decade’s goofiest one-hit-wonders coming back to tell us how depressing marginal fame is.

Some obnoxious bubblegum pop with arena-rock influences would liven things up a bit. And who else was going to deliver that? Katy Perry hasn’t released a great track since “TGIF” back in 2011. Ke$ha’s trapped in a legal nightmare. Britney and Madonna are past their sell-by dates. Rihanna has tilted in a darker, woozier direction, if her new album “Anti” is any indication. Miley apparently is dropping acid on a regular basis now; why else would she work with the Flaming Lips? And the public still isn’t willing to give poor Carly Rae Jepsen a second chance. We needed one more ride on that disco stick, and when Gaga announced her new album was coming soon, it seemed that her massive comeback was inevitable.

Then, “Perfect Illusion” came, and was greeted with a universal shrug. Same with her next two singles, “Million Reasons” and “A-YO.” The dust has barely settled on “Joanne,” Gaga’s fourth full-length, and it’s already being treated as her second straight flop after the Warhol fever dream of “ARTPOP.” So the sales aren’t there, but is “Joanne” secretly great?

Well, yes and no. Let me explain — Gaga has always operated in two elements: her wonderfully trashy Madonna-worshipping pop side, and her “HECK YEAH AMURICA” Springsteen-worshipping classic rock side. Her magnum opus, “Born This Way,” had the perfect blend of both, with cutting-edge (in 2011, at least) synthpop production colliding with skyrocketing saxophone solos and gloriously 80s rockstar cliches about the heartland, making love in the back seat of a beat-up car, and, uh, speaking German? The 80s loved German, so we’ll give her a pass.

Gaga’s fatal flaw comes when she over-emphasizes one of those aspects. “ARTPOP” cashed all-in on her wacky provocateur side, daring the listener to be embarrassed. Unfortunately, most were, and it landed like a brick. Now, as a classic example of over-correction, “Joanne” has the exact opposite problem: Gaga stripped away most of the pop artifice in an attempt to make a singer-songwriter album, and it just doesn’t work half the time.

Sure, “Joanne” has its moments: “Perfect Illusion” did not remotely deserve its bad rep, as Gaga’s wailing hair metal vocals fit oddly well over the Tame Impala-meets-Top 40 production (fitting, seeing as Kevin Parker helped produce). Opener “Diamond Heart” would’ve fit snugly inside “Born This Way,” with an arena-sized chorus that would make Tom Petty proud. And her two naked attempts at pure pop, “A-YO” and “John Wayne,” are a nice callback to Gaga’s simpler, club-friendly sound of the late 2000s, albeit with a Western theme.

If there’s a true standout track here, it’s the dusty piano ballad “Million Reasons,” which marks a pattern for Gaga. I mean, at this point, she’s approaching Elton John/Billy Joel levels here with the amount of fantastic piano ballads: “Speechless,” “Dope,” the Oscar-nominated (!!!) “Til It Happens to You.” The fact that she nails it again is encouraging, but unsurprising. She’s got pipes, but we knew that.

But we need to discuss her more singer-songwriter-y songs, and why exactly they’re wrong for Gaga. And that’s not to say they’re bad by any means; tracks like “Joanne” and “Sinner’s Prayer” are quite inoffensive — and that’s the issue. Sure, “ARTPOP” was embarrassing and ridiculous, and you could honestly say the same for half of Gaga’s stunts over the years, but that’s what made her an icon. She was willing to freak out people and go for the jugular.

Nobody else would’ve made a video where they murder people in a roadside diner via poisoned sandwiches (unpopular opinion: this was the highlight of Beyonce’s career). Nobody else would spend the entire VMA’s in a shockingly convincing cross-dress routine.

Do we really want to see our weirdest pop star neutered? This would be like if Prince had made a Lionel Richie-inspired album. Or if the Smashing Pumpkins suddenly decided they wanted to sound like Matchbox 20. Whenever oddball musicians try to sound “normal” or “classy,” it’s usually a disaster. Twenty years from now, people will still remember Justin Timberlake’s wonky mid-2000s singles like “SexyBack;” they won’t remember “Suit and Tie.”

Regardless, the provocative, world-conquering Gaga is gone. In her place is a quiet, somewhat subdued Stefani Germanotta. If you prefer that, then “Joanne” will be a revelation for you. The meat dress-era is plainly in the rearview. But for most, for whom Gaga provided the perfect soundtrack for our chaotic, weird junior high and high school years, a good half of “Joanne” will be something nobody ever expected her to be: boring.

Thank God Bruno Mars showed up to rescue mainstream pop instead — he still remembers how to have fun. 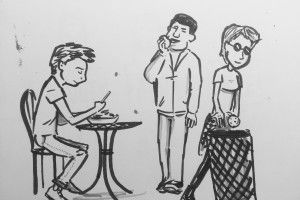 Art by Nate BartonIt can be difficult to establish healthy lifestyle habits in college amidst so much change, particularly...
Copyright 2018 Pepperdine Graphic
Back to top