From “Jaws” To “Juno”: It’s Indie Films Versus The World – Currents Magazine Spring 2016 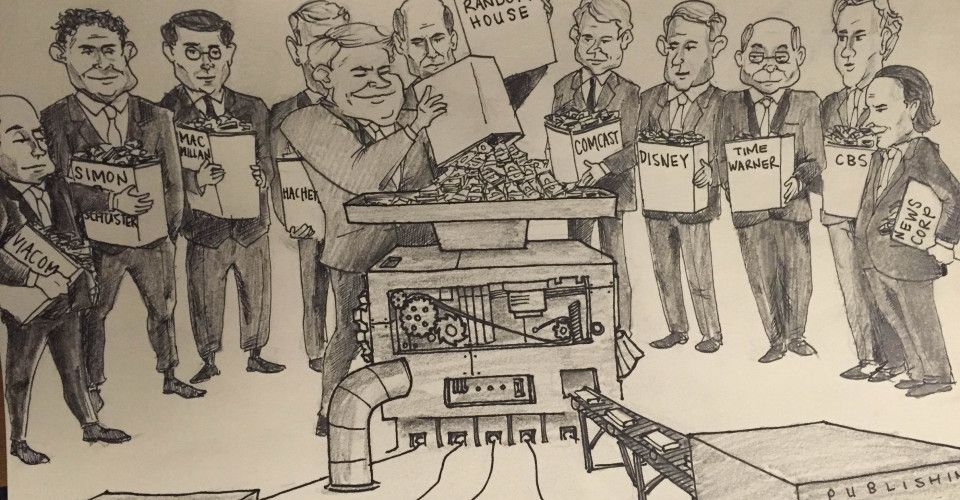 Regardless of a person’s generation, nearly everyone knows the “Jaws” theme song. But despite its popularity, the movie didn’t stand on the shoulders of massive-studio backing. It is an independent movie.

In fact, it is one of the highest-grossing independent films of all time, and the success of “Jaws” has made it an anchor in the sea of other successful independent movies, like “Juno,” “Little Miss Sunshine,” “The Big Lebowski” and “The Terminator.” All of these movies have reached substantial commercial and financial success, and they aren’t studio-funded hits. They were imagined and created from the dreams of underdogs — actors, directors, producers and writers who are not a part of the entertainment monopolies.

In reality, monopolistic sources of entertainment are problematic, particularly in their lack of people of color and women, but the success of some independent movies offers hope. Indie films may be our best chance at overcoming the limited perspective of the conglomerates.

The Big Six and Big Entertainment

Entertainment is consolidated. Today, huge corporations make almost every entertainment movie. Even though it may seem like opportunities for independent films have increased (with 2,309 films alone submitted to the 2015 Sundance Film festival) a majority of movies are still movie-studio produced.

Despite the perception that independent movies and TV are enjoying a lot of creative control and perhaps even a revival of Renaissance proportions, the stories told in the industry are still controlled by a few giant corporations run by White businessmen, who ultimately dictate what and how stories are told. This means that there is a serious lack of diversity in storytelling.

Professor of Communication and Creative Director of the Center for Entertainment, Media and Culture Craig Detweiler said he sees the propensity for monopolization by the “Big Six” (the main six entertainment corporations) that occupy the entertainment sphere, even if uninformed moviegoers often do not.

“The vast majority of filmgoers fail to realize that the TV stations they watch, the radio stations they listen to, the magazines they consume are all (well, mostly) owned by the same studios that are releasing the blockbuster movies,” Detweiler said.

In fact, almost every study of the entertainment world shows that conglomerates still dominate showbiz. Since 2012, “TheBig Six” has dominated the entertainment industry. These companies — Comcast, Newscorp, Disney, Viacom, Time Warner and CBS — control up to 90 percent of all media globally. In 1983, 50 companies owned the same percentage. That is an 88 percent drop in the diversity of ownership in 29 years.

The Big Six control many notable properties, including TV channels, newspapers and smaller subsidiaries, to the point that almost every entertainment source has been monopolized. Each company has many subsidiaries, and it can be difficult to find independent sources.

“Independent movies are definitely endangered,” Detweiler said. “They have a very hard time competing in the global media marketplace, and unfortunately, today’s moviegoers seem to prefer shimmering and glittering entertainment over thoughtful, challenging and transformative pictures. But independent films arose as an alternative to studio products. They are made by individuals with a strong point of view, eager to tell their communities’ stories.”

Creators of independent films, TV shows and other media hope to create works of art that showcase the marginalized, underrepresented and those who need their voices heard. These mediums discuss racial, social and sexual topics through characters who showcase the emotions and experiences of everyday life.

With experience as an independent filmmaker at Cannes Film Festival and Reelstories, junior Bella Issa is a director whose goal is to address these issues. Issa’s film at Cannes was called “Eight Days and Eight Nights.”

“The goals of independent movies are personal and different for everyone and therefore, are different based on the director,” Issa wrote in a text message. “However, I think that these films tend to be based on social issues that are less fictional. Independent films are more reality-based, and most importantly are anything the director wants it to be.”

In a study spanning 12 years, Black directors showed underrepresented characters 49.7 percent of the time in their films, according to the USC Annenberg School for Communication and Journalism. However, White directors were the least likely to show racial diversity.

This year, for the second year in a row, the Oscar nominations have snubbed people of color, and the rampant lack of diversity is overwhelming. This year’s Oscars were as White-washed as ever, with films such as “Creed,” “Straight Outta Compton” and others failing to receive recognition for categories like Black actors, directors and screenwriters.

While independent movies aren’t perfect, they seem to get closer to true representation than those under the conglomerates’ thumbs, which tend to promote antiquated stereotypes and underrepresent “minority” races, genders and sexual orientations.

Representative issues come about when the conglomeration ignores those who are unlike the “majority.” On each one of the websites of the Big Six, there is a disclaimer for equal opportunity employment on the career page. As seen on the Viacom website, the company “recruits, employs, trains, compensates and promotes regardless of race, religion, color, national origin, sex, disability, age, veteran status and other protected status as required by applicable law.”

These statements are replicated across the career/job pages of each website.

As such, the statistics for producers, writers, editors, actors and producers should be much more diverse. Yet this is the opposite of what is shown in the mainstream media. The entertainment world needs to evolve to reflect the diversity of the real world. But until then, independent movies are taking up the cause.

Girls just want to have fun … and equal representation

Women are underrepresented in entertainment. Men outnumber women in almost every movie, TV show or award show in the entertainment industry.

However, female inclusivity has progressed rapidly within the past 50 years, as Shonda Rhimes acknowledged after receiving the Sherrey Lansing Award in 2014. She said Hollywood sees that she is “breaking the glass ceiling.” However, as a successful Black woman with multiple hit shows and a best-selling book, she is one of the few women who has pushed past this glass ceiling and into the spotlight.

Issa wrote that she believes that women in entertainment who are household names are few and far between.

“Though a predominantly male industry, females are making their mark in the film industry,” she wrote. “Look at filmmakers like Kathryn Bigelow, Nora Ephron and Nancy Meyers. [They are] phenomenal female directors, producers and writers.”

However, the success of these women does not make female inclusivity a problem of the past.

Although feminism seems to be at the forefront of the public mind, the gender gap in entertainment is widening. Women comprised only 7 percent of the directors of the top 250 films in 2014, according to the Center for the Study of Women in Television and Film.

Independent filmmaker and Assistant Director and Manager of the Institute for Entertainment, Media and Culture Kathryn Linehan said she sees the need to showcase the experiences of different people in mainstream media through film.

“I don’t think value should come from gender, but rather from the way you think … I think we need to have all voices heard,” Linehan said.

A strong, independent movie that doesn’t need a conglomerate

Indie movies generally differ from the blockbuster sellouts of the Big Six, but examples like “The Blair Witch Project” and “Reservoir Dogs” demonstrate that they can still be popular and profitable.

“Independent movies open up an entirely new area of creativity,” Issa wrote. “They tend to be less predictable than the typical studio-produced films, and they can give unknown filmmakers an opportunity to express their ideas. [Filmmakers] are given a platform to tell their story in a style that is not overdone in the film industry through new genres, which can give an overall refreshing sense of authenticity to the screen.”

Indie movies have the important purpose of showing the raw grittiness of everyday life. Indie directors such as the Coen brothers and John Cassavetes have taken this to heart and created wonderfully realistic films.

Then how can the independent film industry thrive if the Big Six monopolize the industry?

There is not an easy answer to this question. It isn’t only about monopolization of the film industry. The Big Six also monopolize their subsidiaries in most TV channels, and the publishing world has its own conglomerates.

TV shows often have to break into the big networks, such as the CW, NBC or ABC, which are also subsidiaries of the Big Six conglomerates. Pilots are picked up and dropped in a Hollywood minute, so it is no surprise that screenwriters and directors started to fund or find their own avenues for production. This is where outlets such as Hulu, Netflix, Amazon Prime and even YouTube come into play, though these companies may be moving toward becoming conglomerates, too.

Netflix plans to spend $5 billion in 2016 on content, both original and licensed TV shows and movies, according to bgr.com. Despite Netflix’s all-time high of viewers and subscribers, with 75 million members in more than 190 countries enjoying more than 125 million hours of media per day, the company seems to be losing its independence.

The projected $5 billion is also expected to surpass the spending budget of Amazon, HBO, Starz and Showtime combined, which also diminishes its independent status. However, these outlets were founded for the sole purpose of showing the truth. The independent vibe may be waning, but these outlets were built on and for independence, and that spirit cannot be forgotten.

“[Creators] have to stay distinct, knowing that [their] story is important. I think telling stories that are uplifting, that aren’t critical of the system just to be critical but rather to show truth, is important,” Lineman said.

Paralleling the Big Six, publishing houses have also consolidated dramatically within the last couple of years. When Penguin merged with Random House in 2013, it consolidated the publishing houses to only five entities: Simon & Schuster, Macmillan, Hachette, HarperCollins and Penguin Random House. This affects the literary market, as it makes publishing in a non-trendy genre nearly impossible. Therefore, aspiring authors are being pushed to self-publish through sites like Lulu, sell their novels for a small amount through online readers like Kindle Direct Publishing, or hope for some recognition on free-reading sites like Wattpad.

The End … for now

How are you supposed to set yourself apart or even be recognized in the crowd of cookie-cutter attention seekers? If only the answer to that question was easy. If I could give each of you five, simple steps, or a wish from a genie’s bottle to find fame or recognition that would be incredibly convenient. Unfortunately, it isn’t that simple.

Detweiler said he recognizes the merit of independent movies over those that are studio-produced.

Entertainment shouldn’t be comfortable. Change and learning arise from discomfort: Notice the lack of diversity in generic superhero movies; seek a Netflix original instead of a rerun; choose a moving, independent documentary over the next Big Six rom-com.

Entertainment matters, and we consume it every day. The ability to entertain is not measured through fame and fortune; it is the impact of one’s talent and aspirations that means the most. And whatever you do, don’t let others silence you when you see injustices in the industry happening. So, don’t allow the conglomerates to get you down; just be independent. 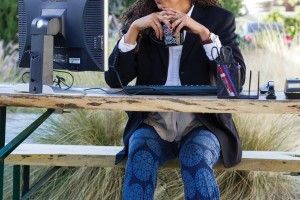 Photo by Daniel CasoThere is something completely unpoetic about typing on a kitchen counter that has dried chocolate ice cream...
Copyright 2013 Jupiter Premium Magazine Theme
Back to top