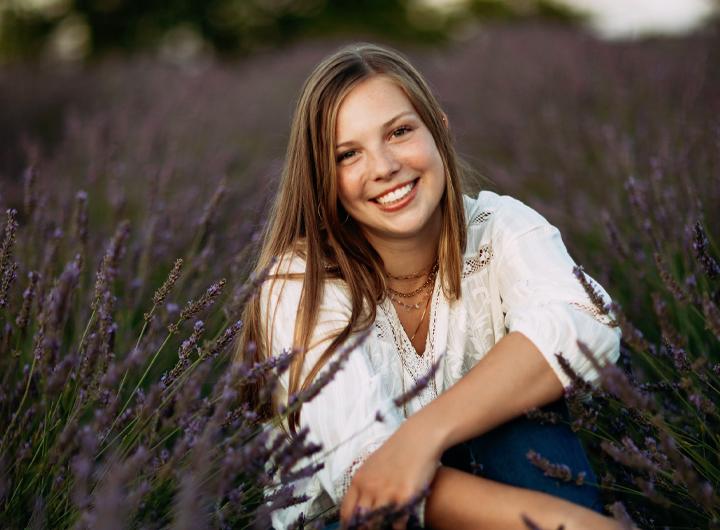 First-year Lauren Wideen said she wants to become a physician assistant because she is drawn to helping others and sports. Playing volleyball, basketball and soccer throughout her life, Wideen said sports gave her friendships that she might not have otherwise made and a lot of memories to look back on.

As a Sports Medicine major from Praire du Sac, Wis., Wideen said she not only enjoys playing sports but also loves the science behind them. She said she is passionate about studying how the human body works while playing sports, which motivates her to pursue her dream job of being a physician assistant.

“I am drawn to sports medicine because health workers who specialize in it help all kinds of people, not just athletes,” Wideen said.

Wideen volunteered at youth sports camps in her community during high school. Currently, she said she works as a certified nursing assistant at an assisted living facility near her home in Wisconsin. She helps residents with daily tasks, including dressing and bathing.

“Being a CNA has definitely been a very rewarding experience,” Wideen said. “I have learned a lot from both health and personal perspective, and it’s rewarding to get to connect with other residents.”

Looking back, Wideen said she decided to go to Pepperdine because of its smaller campus and the Sports Medicine major.

“I know it is across the country for me and this will certainly be challenging,” Wideen said. “But, I just want to go somewhere else and try something new.”

This semester, Wideen is a member of Pepperdine’s Pre-Physician Assistant Society. Recently, in hopes of seeing the beach and meeting professors in person, Wideen said she flew to Malibu from her hometown in April.

“I’m really excited to meet new people and try new things,” Wideen said. “I want to stay motivated and accomplish what I have so far.”