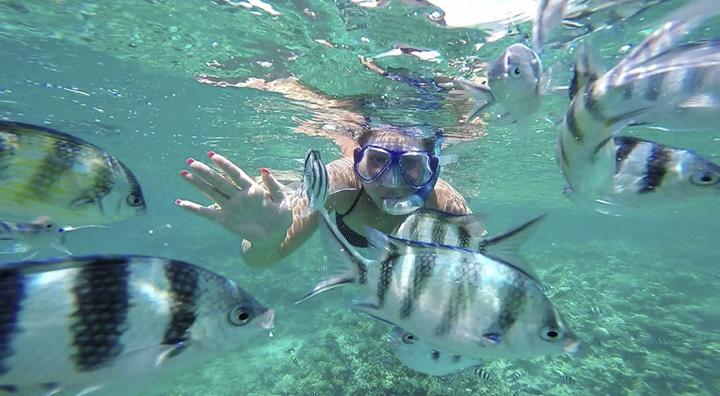 First-year Melanie Tadros snorkels in the Red Sea in June 2019. Tadros also swam in the Mediterranean Ocean during her stay in Egypt.

First-year Melanie Tadros, from Northridge, CA, is an avid singer and a “Grey’s Anatomy” fan who dreams of becoming a doctor. Tadros said her high school chemistry class combined with the American medical drama sparked her interest in the medical field.

Tadros is a Biology major on the pre-medicine track. As a freshman in high school, Tadros said she didn’t know exactly what she wanted to do with her life. When she began taking Introduction to Chemistry in her sophomore year and AP Chemistry her junior year, Tadros found the subject fascinating.

“This is the typical Gen Z response, but I started watching ‘Grey’s Anatomy’ in tenth grade while I was taking chemistry,” Tadros said. “What they do and what they go through and all the emotions of interacting with patients. You just have to know things off top of your head — there’s no thinking. I feel like it developed such a character I aspired to be.”

Tadros said her Introduction to Chemistry class motivated her to take AP Chemistry. She knew it was one of the most challenging AP courses with the most rigorous content, but she still wanted to pursue the subject because she found it engaging.

“I was like, ‘Wow, I love chemistry,’ which is ironic because a lot of people hate it,” Tadros said.

Tadros said her AP Chemistry teacher played a huge role in her interest and success in the class. Her teacher supported Tadros in her studies, pushing her to not give up.

“I would go and cry in her classroom after school sometimes about how overwhelmed I was,” Tadros said. “She really encouraged me and helped me get stronger in the subject.”

In addition to her interest in chemistry, Tadros is passionate about singing because of the inner peace it creates for herself and the emotions it brings to others. She said she was a part of choir during her elementary, middle and high school years.

During her sophomore year of high school, Tadros said she and her choir group traveled to Wales and England to perform for people who visited. Her choir group performs religious pieces and sings in Latin, Old English and Hebrew.

“Even though they don’t understand what we’re saying in Latin, it really touches them,” Tadros said. “They’ll talk to us after and tell us what they experienced and how they felt, and so it’s crazy to know how much we affected people who are just listening to this one song that we’ve been singing forever.” 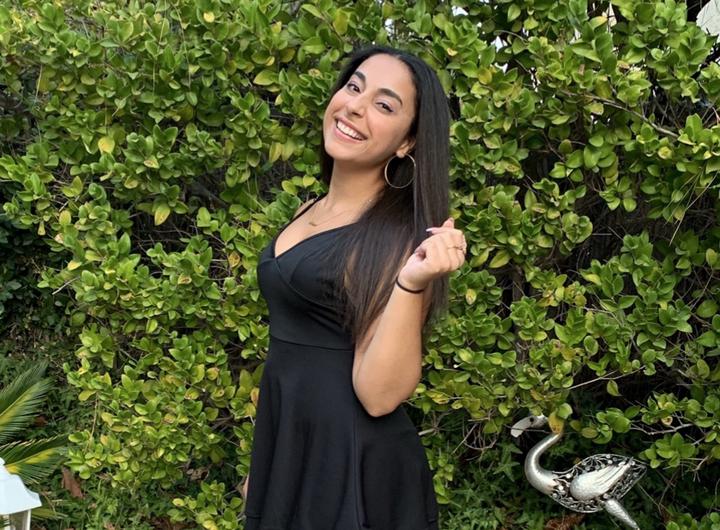 Tadros is currently working at CVS Pharmacy as a pharmacy associate, typing up prescriptions and putting medicines on the shelf. Her mother, who is a pharmacist there, helped Tadros get a job in January so she could learn more about the medical field. Tadros said she is always asking questions and enjoys having this learning experience.

“Pharmacy is a super underrated job,” Tadros said. “They’re so knowledgeable, even more than doctors at times, because doctors won’t know which medicine interacts with the body.”

Tadros said she is working toward her technician’s license, which will allow her to handle medications.

At Pepperdine, Tadros is part of the Chemistry Club and the Pre-Medicine Club. She is slowly getting to know more about the Chemistry department as well as getting information about medical school. Also, in the future, she said she is interested in joining music-related organizations.

After college, Tadros said she anticipates fulfilling her dream of becoming a doctor and is eager to bring positive change into people’s lives.