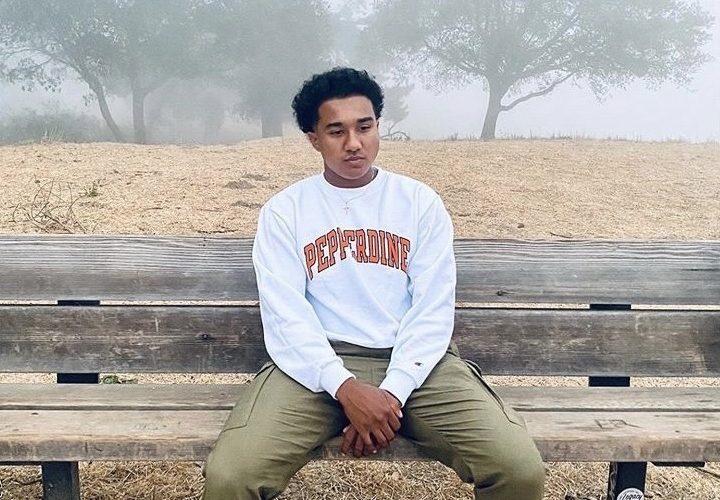 First-year Weldon Miles proudly wears his Pepperdine sweater in August, anticipating the day he can step onto campus. Miles said he chose to go to Pepperdine because of its community and faith.

Growing up, first-year Weldon Miles, who is from El Sobrante, CA, said he is passionate about easing the emotional and psychological pain of those who grew up in underprivileged areas.

“I’ve had a lot of family issues and a lot of issues with my friends where I felt powerless to help them,” Miles said. 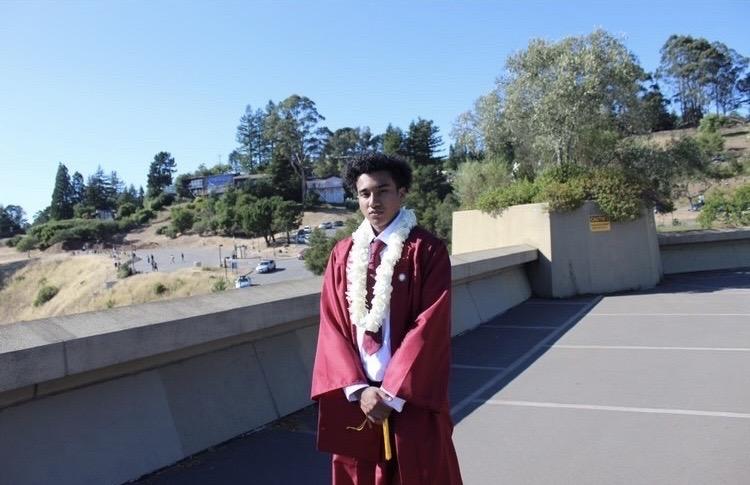 Miles poses in his maroon cap and gown for his graduation pictures at the Lawrence Hall of Science in Berkeley, CA, in June. At Pepperdine, he said he is hoping to learn as much as he can about psychology.

Miles chose to major in Psychology because he said it would provide him with the power and knowledge to assist people in the best way possible. 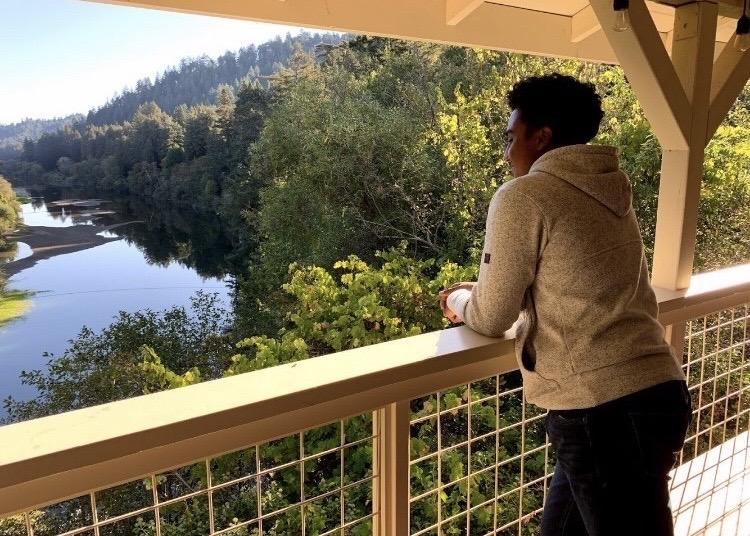 Alone with his thoughts on a fall retreat, Miles looks over Russian River in Santa Rosa, CA, in November 2019. In Miles' high school, every senior went on a retreat to understand themselves on a deeper level.

In addition to his passion for providing emotional support to others, Miles said he is also enthusiastic about working with children.

In high school, Miles said he was a counselor for various camps. In a sports camp, Miles taught children the basics of various sports, such as soccer, volleyball and football. In a coding camp, he taught children about programming. Miles is teaching various exercise activities at an online camp. 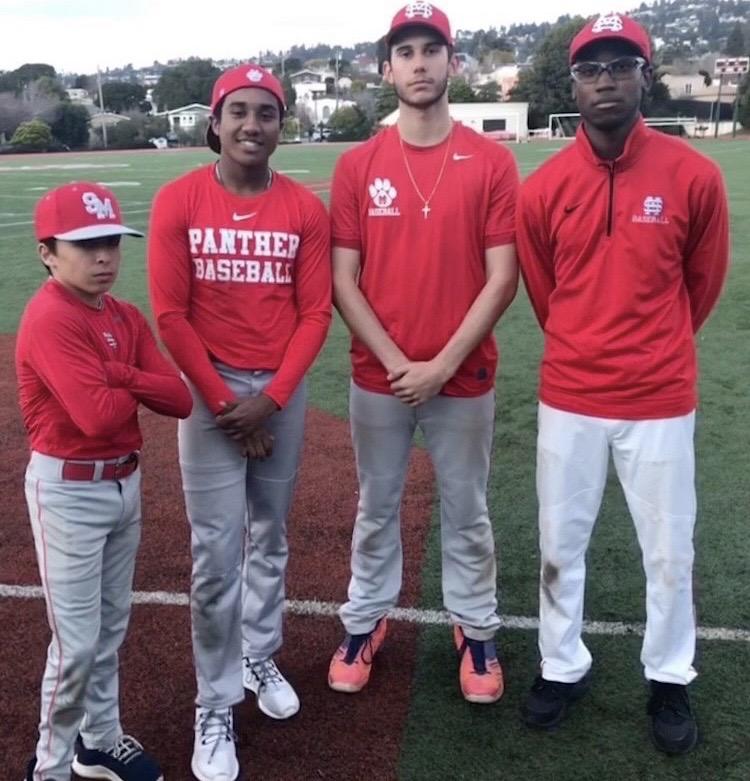 Miles (second from the left) stands on the field for his last time in March while mentoring children with his baseball team. Due to COVID-19, his baseball season was canceled.

Miles said he chose to join Jumpstart because he felt that it would be a great way to continue his passion for working with children at Pepperdine. He said Jumpstart is his first opportunity to work with children in an academic setting.

Miles said he hopes to attend Pepperdine’s Buenos Aires International Program. Being half Black and half Mexican, Miles said he wants to learn more about the Mexican side of his family.

Although his grandparents on the Mexican side of his family were both fluent Spanish speakers, Miles said they never taught his mom or her siblings how to speak Spanish, which meant that he wasn’t able to learn the language.

“I want to regain that sense of my lost culture,” Miles said. 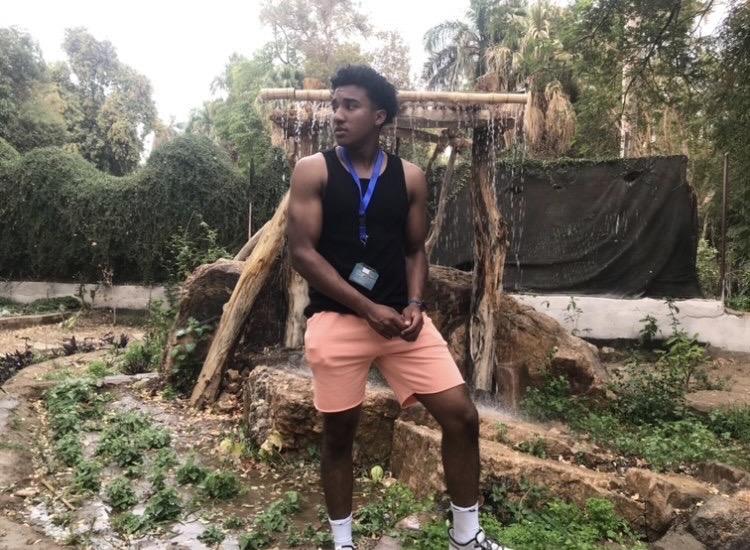 Miles stands in front of a botanical garden in Aswan, Egypt, in March. Miles and his friends took a senior trip to Egypt together.

Even though Miles said he is unsure about exactly what he wants to do after college, he knows he wants to work in the field of psychology. He said he wants to try out different areas of psychology and see which one he enjoys the most.

“I want to be able to help those who can’t help themselves and be that crutch they can lean on,” Miles said. 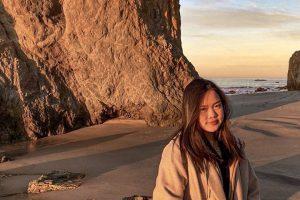 Transfer Stella Putri walks along a Malibu beach for the first time in February. As Putri was looking to transfer colleges,...
Copyright 2013 Jupiter Premium Magazine Theme
Back to top