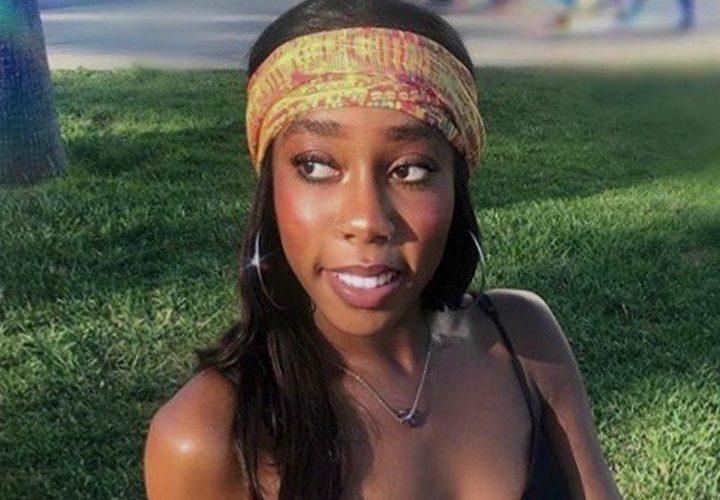 First-year Talia Jackson smiles in the sun before teaching a yoga class in Long Beach, CA. Jackson said the moment she stepped on Pepperdine’s campus, she felt like she belonged.

First-year Talia Jackson, a Theatre major with an emphasis in Musical Theatre, said she enjoys painting sunsets, growing her small business and tackling the performing arts. With all these interests in mind, she said finding a college to fit these needs was challenging. When she visited Pepperdine, she said she felt its tight-knit community was for her.

Jackson is from Rancho Palos Verdes, CA, and Pepperdine welcomed her with a Theatre Arts scholarship. She said the Musical Theatre faculty’s inviting and positive attitude was a huge factor in her decision to enroll at Pepperdine.

“I felt like I had a family already,” Jackson said. “I don’t just feel like a number at this school; I actually feel like I belong.” 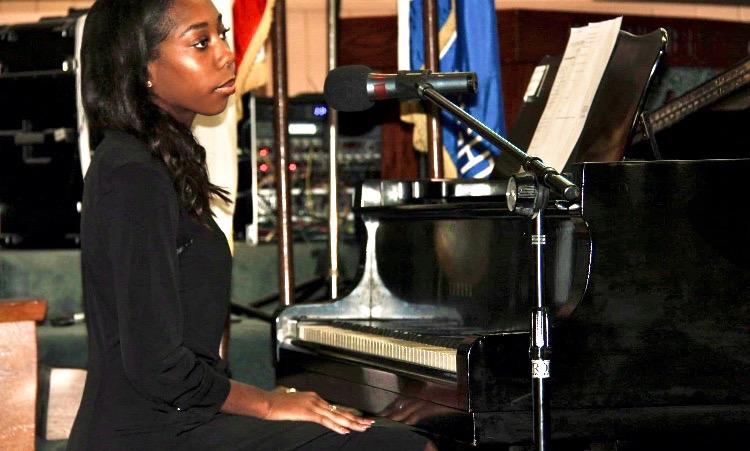 Jackson listens to the preacher as she waits to perform at Breath of Life Adventist Church in Los Angeles, CA, in January. Jackson said with everything online, she is only involved in the Black Student Association and the Theatre program, but she hopes to be more musically involved come spring.

Jackson said she began competitive ballet, jazz and lyrical dance around the age of 5. She also played piano and attended music school. She traveled to different churches singing, dancing and acting, and then had the interest to try theater in high school. After years of fostering this hobby, Jackson finds herself at Pepperdine, having just finished her first theater showcase last week.

“It was really difficult to adjust to doing theater on Zoom,” Jackson said. “The reason why I love music is the feeling of having a connection with the people you are on stage with,” Jackson said.

“Expressionist art means painting what you are feeling: for example, acrylic pours and playing with abstract art,” Jackson said. 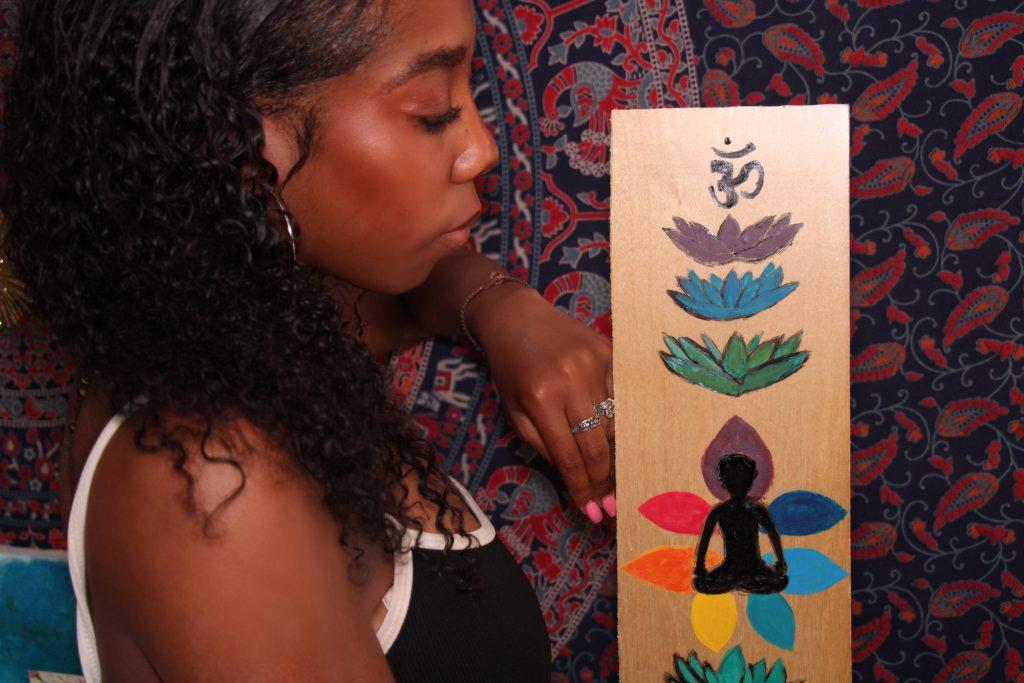 Jackson showcases one of her new pieces of art, which focuses on wellness and features natural elements, in April. The first-year said she would describe herself as emotional, heartfelt and always trying to make others happy, and she channels these feelings into her creativity.

One of the aspects of her life Jackson said she is most proud of is living on her own in Los Angeles, at only seventeen years old. Jackson said this was possible due to the holistic wellness company she founded at 16. Her company, Rasa Jiva, sells handmade soaps, scrubs and jewelry.

Jackson said she was inspired by her sensitive skin and interest in natural living. 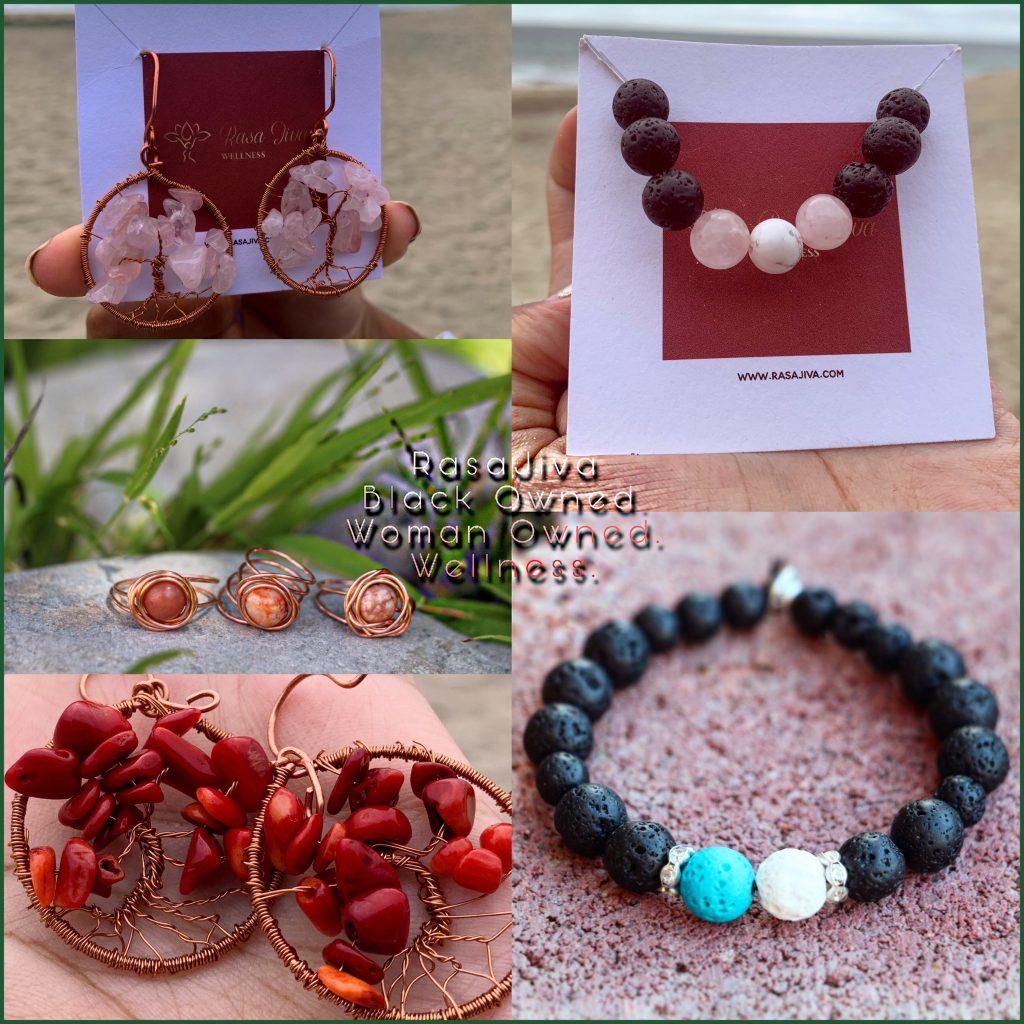 Bracelets, earrings and other hand-made jewelry are among the pieces that Jackson features on her website, Rasa Jiva. She said wellness involves being stable in all areas, whether it be academically, mentally or spiritually.

“One day I just went to the store and bought a bunch of natural copper and crystals, and I made earrings,” Jackson said. “My friends started buying jewelry from me, and I made lip and body scrubs for them. It became something people started liking and it was my hobby, so I wanted to make it something I could capitalize on.”

Now that Jackson finds herself in Malibu almost every week to meet up with fellow students in the area, she said she loves to spend her free time going to the beach, hanging out with friends — old and new — and doing spontaneous activities. 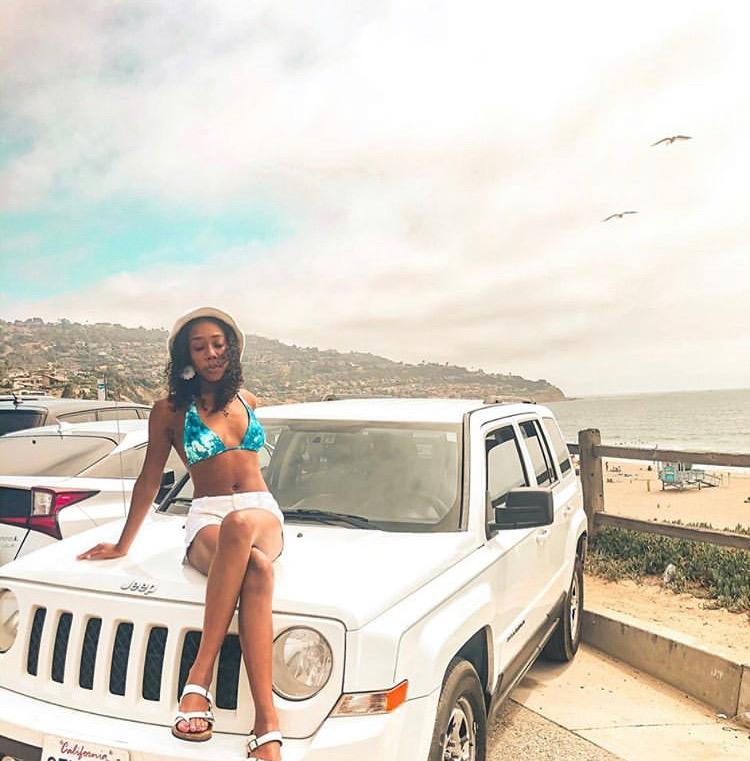 Jackson poses on the hood of her Jeep in the July Malibu sunshine Jackson said she has her own apartment in Brentwood, CA, and even with the struggles of figuring out how to live on her own, she loves her independence.

Jackson said her long-term goal is to open up performing arts schools in underprivileged neighborhoods around the world.

“I want to help people who don’t have access to that because the arts really help you become who you are and express yourself,” Jackson said.

Jackson said she is glad she chose Pepperdine and has specific ideas concerning what she wants to get out of her time in college.

“I want to be able to build timeless connections, relationships and knowledge,” Jackson said. 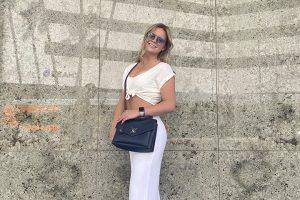