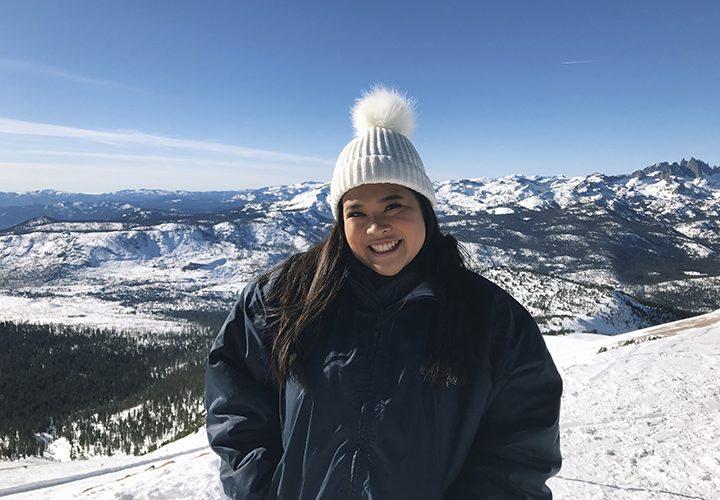 First-year Kala’i Kiaaina stays warm after playing in the snow on a trip to Mammoth Lakes, CA, in December 2018. Kiaaina said Mammoth has become one of her family’s favorite places to visit because it is so different from Hawai’i.

First-year Kala’i Kiaaina is a Sports Medicine major originally from Hawai’i, but she moved to Torrance, CA when she was in fifth grade. She said she specifically chose to study Sports Medicine so she can pursue her dream job of being a nurse practitioner.

Kiaaina said almost all of her extended family lives in Hawai’i and she felt like her family was the only one leaving the state.

“It definitely was challenging because I loved my life in Hawai’i,” Kiaaina said. “I’m definitely a beach girl.” 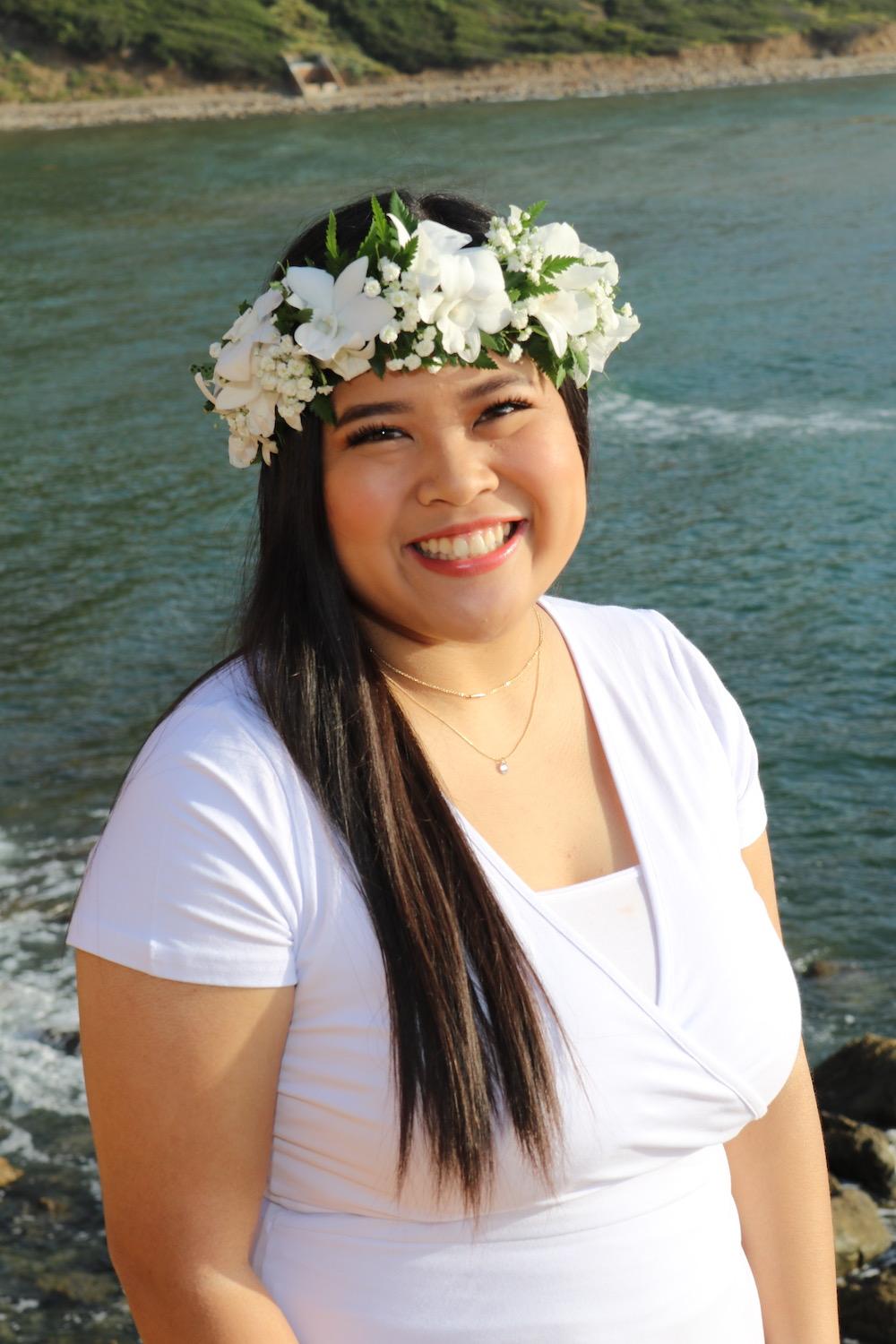 Kiaaina wears a white haku lei, a Hawai’ian flower crown worn in times of celebration, in Palos Verdes, CA, in June. Kiaaina said her aunt sent her the lei from Hawai’i, and even though her graduation ceremony was canceled, Kiaaina still wanted to celebrate by embracing her culture.

Even though Kiaaina didn’t know many people when she first moved, she said she and her family grew to like California because of new opportunities. Her sister was able to play competitive soccer and Kiaaina got the opportunity to discover Pepperdine because it wasn’t far from her new home.

One reason Kiaaina chose to attend Pepperdine was the Alpha Omega Campus Ministry, which is affiliated with the Los Angeles International Church of Christ. She said she wanted to be a part of a bigger church ministry while in college.

Kiaaina is now a member of Alpha Omega and said she has been loving attending weekly meetings and devotionals. Due to her classes, she hasn’t gotten the chance to get involved outside of the campus ministry, but the organization hosts many events throughout the week that keep her busy.

“I got to meet a lot of freshmen through there and upperclassmen, which has been really great [to] start forming friendships before we even get to campus,” Kiaaina said. 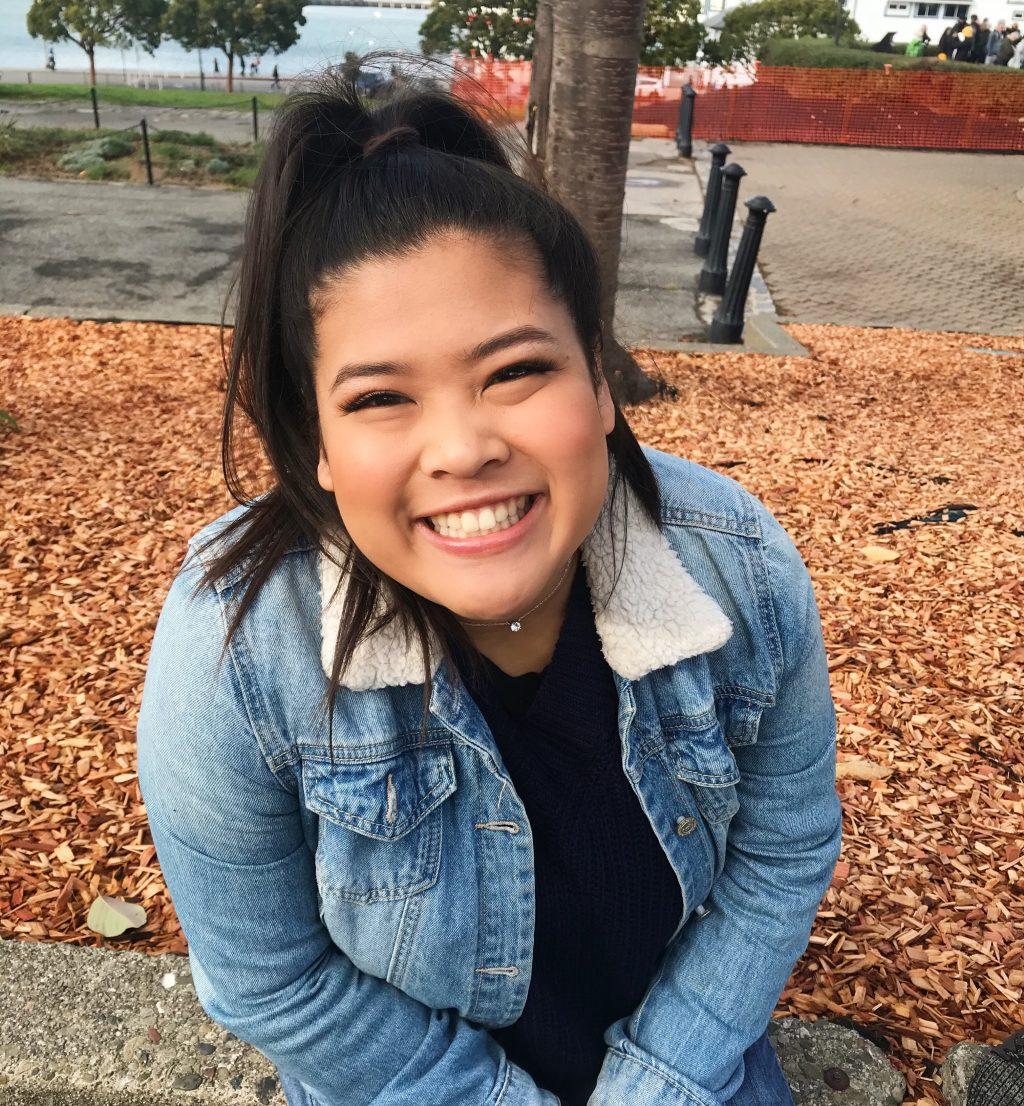 Kiaaina adventures in San Francisco near Fisherman’s Wharf in November 2019. She went to San Francisco to visit her cousins for Thanksgiving; they are the only family she has in California since the rest of her extended family lives in Hawai’i.

Kiaaina said she has never gotten the chance to travel outside of the country. Because of this, she was very interested in Pepperdine’s International Programs, and when she heard about the seven renowned abroad programs, she knew she wanted to go. Kiaaina recently applied to the London program — which was her first choice — and was accepted for the 2021 academic year.

“I’m most excited to live in a new place that’s completely different,” Kiaaina said. “It’s so different from Hawai’i, or even California, because I know it’s a little rainy.”

Kiaaina said since she hasn’t traveled much, she chose the London program because she thought it would be a good starting point. She believes there won’t be as big of a culture shock compared to other European locations that speak foreign languages.

Kiaaina said she was also obsessed with a certain British boy band that motivated her to see the city for herself.

“I was obsessed with One Direction, and because of that, I was like, ‘Oh my gosh, I wish I was British and had an accent,'” Kiaaina said. “I have to go to London.” 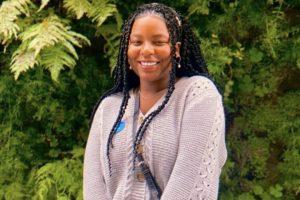 Psychology major DJ Djobaih smiles on a field trip at the Museum of Modern Art in San Francisco in February. She said she wants...
Copyright 2013 Jupiter Premium Magazine Theme
Back to top