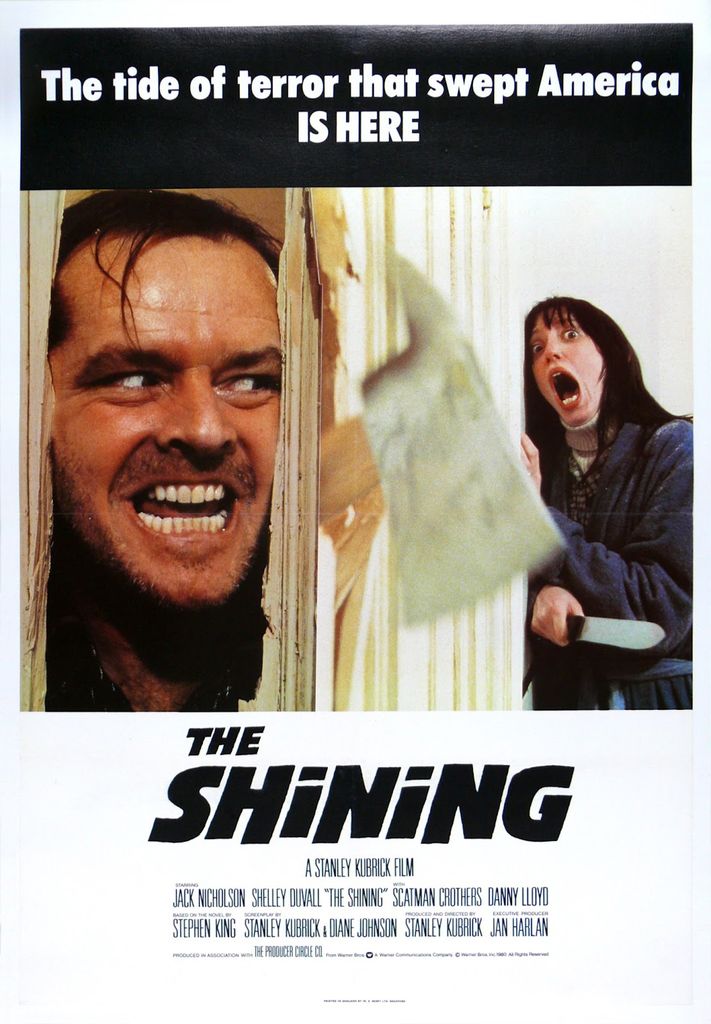 Many people believe that horror movies are, as a whole, not as good as films from other genres. And this is quite often true; horror movies are one of the cheapest genres to produce, which means that even a terribly low-budget slasher that goes straight to Netflix can still recoup its budget. Studios often don’t have the incentive to pour lots of money into getting a good script and talented actors, and it shows. However, as with any genre, there are both good and bad examples. Below are some horror movies that aren’t just scary — they’re made well and are enjoyable to watch. So turn off the lights, crawl into bed, pull up one of these films and get ready for the scares.

No horror movie list worth its salt can be complete without “The Shining.” Basically every horror film since 1980 has referenced it in some way. “The Shining” is an almost flawless film, as much a masterpiece of mood and design as it is of fear. If you’re looking for jump scares, you may be disappointed, but that doesn’t mean that “The Shining” is a bore. Instead, the movie is two hours of pure atmosphere, building up the psychological terror as Jack Torrance begins to lose his mind within the isolated confines of the Overlook Hotel. This movie is frightening because it will make you question whether you can truly trust your loved ones, or if they are just one bad moment away from taking an axe to your bathroom door.

This Australian film was released in late 2014 with little commercial attention, but it was met with an outpouring of critical acclaim. It centered on a mother and child who are terrorized by a strange creature known as the Babadook, so named for the sound it makes when it comes for you. The creature is frightening, but the real horror comes from its effect on the relationship between mother and son, which becomes increasingly strained and fearful as the monster tightens its hold on the family. This movie is smart and allegorical, and explores the roles of fear and grief in a person’s life. It’s an excellent modern horror gem.

At its release, “The Exorcist” was known as one of the scariest movies ever made, and it holds up fantastically well. The idea of your loved one being possessed by a demon who is slowly destroying him or her while you are powerless to help will always be gut-wrenching. “The Exorcist” mines this field for maximum impact. Scares abound as young Regan becomes increasingly enveloped by the demon Pazuzu, and the film’s lack of CGI makes it even more visceral and real. “The Exorcist” was the first in a long line of films about exorcism, and it remains the standard by which all others must be judged.

“You’re Next” begins as a straight-forward slasher flick about a group of people trapped in an isolated house being terrorized by a group of masked murderers. However, the film quickly starts to flip genre conventions on their heads and ends up being one of the smartest examples of the genre. Of particular note is Erin, the protagonist, a refreshing aversion of the helpless girl in a horror-film trope. And don’t think that the film’s subversive plot means that it is light on gore — there are some truly creative and absolutely horrendous kills that will have fans either cheering or shielding their eyes. Watch this movie with a group of friends and see who screams the loudest.

“Eraserhead” is not as well known as some of the other entries on this list, but that does not mean it should be overlooked. This film — the first by master surrealist horror director David Lynch — is one of the strangest films you will ever see. You might not completely understand what is going on, but there’s no question that it’s disturbing. The film revolves around Henry, a solitary man who must raise his deformed child after his girlfriend becomes too horrified to look at it. “Eraserhead” is famous for its ridiculously creepy baby, the creation of which remains a secret to this day. This film is perfect if you’re in the mood for something completely different from the usual horror fare — but only if you aren’t planning on being around infants for a few weeks.

These films are successful because they focus on more than just being scary. They stand out as masters of the genre because they combine frightening situations and creepy imagery with good filmmaking and talent galore. Queue one up tonight to get yourself in the Halloween spirit!