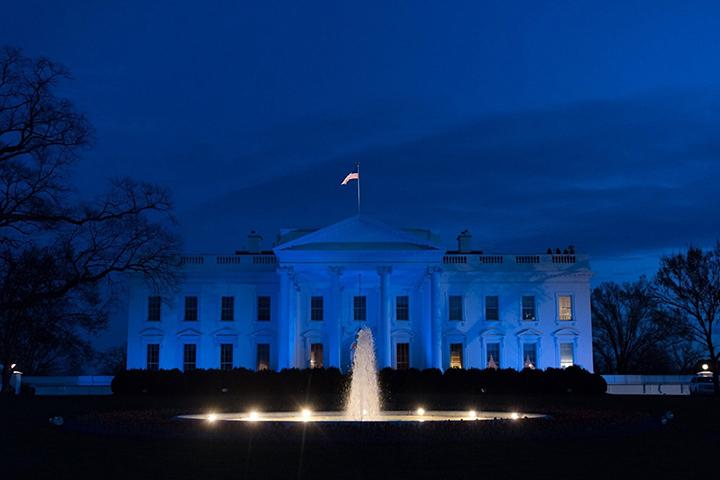 Officials escorted National Security Council’s senior director for European and Russian Affairs off White House grounds Jan. 17. The director, Andrew Peek, taught at Pepperdine’s Washington D.C. program for a year and a half between 2015 and 2017.

Peek has not publicly commented since Axios first reported he had been placed on administrative leave pending a security-related investigation.

Pepperdine senior Hunter Williams had Peek as a professor in D.C. during the Fall 2016 semester.

“[Leaving] is fairly par for the position, it seems,” Williams said. “[Since] the [Trump] administration has been in place, they’ve had a lot of trouble filling the NSC.”

Peek was the third person under the Trump administration to hold the Europe and Russia position on the National Security Council (NSC). His two predecessors, Tim Morrison and Fiona Hill, both stepped down from the position in 2019 and testified before the House of Representatives in the impeachment proceedings against President Trump.

“I thought he was really cool,” Williams said. “He’s obviously pretty knowledgeable on the subject … so I really appreciated his experience.”

Peek graduated from Princeton and earned a master’s degree in International Security from Harvard. He went on to work as a national security and foreign policy assistant to multiple U.S. Senators and serve as an army intelligence officer.

“It is common among universities in D.C. to hire faculty who have a combination of both professional policy and academic credentials — especially in the fields of public policy and foreign affairs,” D.C. program Director Brian Swarts wrote in an email.

Williams said Peek’s experience and teaching style made him one of his favorite professors at Pepperdine.

“He really enjoyed discussing the actual application of the subject,” Williams said. “We would talk about something in class in the theory of international relations, and then we would talk about specific examples and how they manifested themselves.”

Williams said his relationship with Peek was limited to the classroom for the most part but that they would see each other around D.C. at networking opportunities.

“You hate to see somebody be [in the White House] and then not be there, especially somebody [who taught] you at one point,” Williams said. “It’s pretty cool to say that you had this person as a professor.”

After leaving Pepperdine’s D.C. program, Peek joined President Trump’s transition team as a foreign policy adviser. He then took a presidential appointee position as the Deputy Assistant Secretary of State for Iraq and Iran in the Bureau of Near Eastern Affairs.

He held the position for two years before joining the National Security Council, although the Department of State’s website still lists him in his old bureau position.

Peek’s three months on the NSC ended before the impeachment trial of President Trump concluded. Lt. Col. Alexander S. Vindman served as the director of European Affairs on the NSC from July 2018 to Feb. 7, 2019 — less than two days after Trump’s acquittal and the same day the White House removed Gordon D. Sondland from his post as the U.S. ambassador to the European Union.

“There is no question in the mind of any American why this man’s job is over, why this country now has one less soldier serving it at the White House,” Vindman’s lawyer David Pressman said to reporters in a statement.

The White House has not yet filled Peek, Vindman or Sondland’s positions. There is an ongoing security-related investigation into Peek, but the President’s prediction that the military would investigate Vindman will not occur, according to Army Secretary Ryan McCarthy.