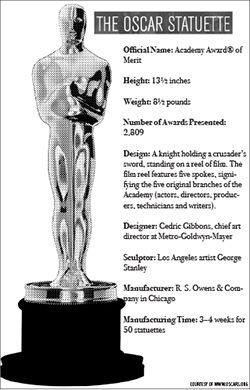 Entertainment Weekly’s Owen Gleiberman noted how MacFarlane created “an echo chamber of outrage” with his “fax-scandalous gags about race, Jews in Hollywood and the killing of Abraham Lincoln.”

While this switch to a less controversial host can be seen as the Academy of Motion Picture Arts and Sciences’ attempting to prevent the same controversy from breaking out again, the key element is the fact that critical reception exists at all.

The 27th Academy Awards of 1955 didn’t have nearly as many critical viewers as the 85th had. Very little newspaper documentation exists that speaks exclusively about the quality of the presentation of the awards show. The same could be said about the ratings for the program.

Compared to today’s media, the media of the 1950s would have been fairly restrained as newspapers were one of the few major source of opinions.

Without the inclusion of news websites or social networking sites, opinions wouldn’t be able to spread nearly as fast as they would in today’s modern society. Being that word couldn’t spread nearly as quickly as it can in modern day, there are not nearly as many reviews on the 27th Academy Awards. With social media escalating, information as well as criticism reaches a larger audience, and much quicker.

However, it is likely that the Academy was just as concerned about its viewership then as it is today. Due to the era, however, documentation of any potential reception is scarce.

The host of the 27th Academy Awards, actor and comedian Bob Hope, was also a returning host, like DeGeneres.

Unlike her, however, he had a far longer history with the Academy Awards, having hosted the show six times in the past, though occasionally alongside one or two other collaborators. He went on to host the show seven more times.

His popularity implies that even without the scrutinizing eye of the media, the awards show was concerned with getting ratings much like the modern program. Bringing back a popular host was definitely a way to attain a large viewership.

Also of note is the fact that both years have a comedic personality in the role of host. In fact, that is one aspect that has remained mostly consistent throughout the years, though not every host was a comedian or was known for his or her comedic roles.

The non-comedic hosts, such as those for the 83rd Academy Awards, actors James Franco and Anne Hathaway, were known more for their serious performances rather than their comedic ones.

For the 86th Academy Awards, “American Hustle” received the most nominations at ten. Many also predict that it has a high chance of winning Best Picture due to the accolades it received from other awards shows such as the Golden Globes and Screen Actors Guild awards.

“A closer reading of the selections shows that Russell’s movie has broad and growing support among voters,” John Horn of the Los Angeles Times said.

The amount of nominations isn’t too far from the 12 nominations that “On the Waterfront”, the winner of Best Picture in 1955, received.

There is a difference between the themes covered by the two films. “American Hustle” has been classified as a “crime comedy-drama” with most reviewers emphasizing the strength of the characters and comedic aspects. In contrast, praise for “On The Waterfront,” also classified as a “crime drama” but without the comedic aspects, was centered on its powerful themes of union corruption and the cruelty of man.

The broad support for “American Hustle” indicates a possible shift in tastes. Rather than focus on an emotional drama of deep and profound meaning or a stereotypical epic, the voters have turned their attention to a relatively small-scale movie that leans more towards comedy.

There is just as much of the public backing “American Hustle” as there was for “On the Waterfront,” as both films were deemed a success at the box office.

According to Variety, “On the Waterfront” made $4.2 million on its release, far exceeding its budget of $910 thousand. Variety also stated that “American Hustle” made over $176 million, surpassing its estimated budget of $40 million. “”

Both films, however, are related to crime occurring in society, albeit different kinds of crime. Critics also praised the all-star cast of each film, in particular Marlon Brando and Christian Bale’s lead performances in their respective films.

The desire for viewer ship and use of entertaining personalities still exist years later. Though there are superficial changes to the categorization, the real change comes from the change in tastes. The Academy now appears to be following the trends of the audience, accepting a film that generates more laughs than sobs. 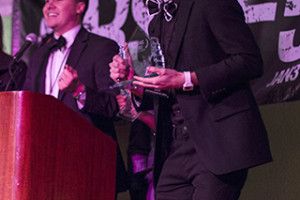 Photo by Sarah Malone With the spirit of storytelling, the REELSTORIES Film Festival seeks to capture with the overarching...
Copyright 2013 Jupiter Premium Magazine Theme
Back to top