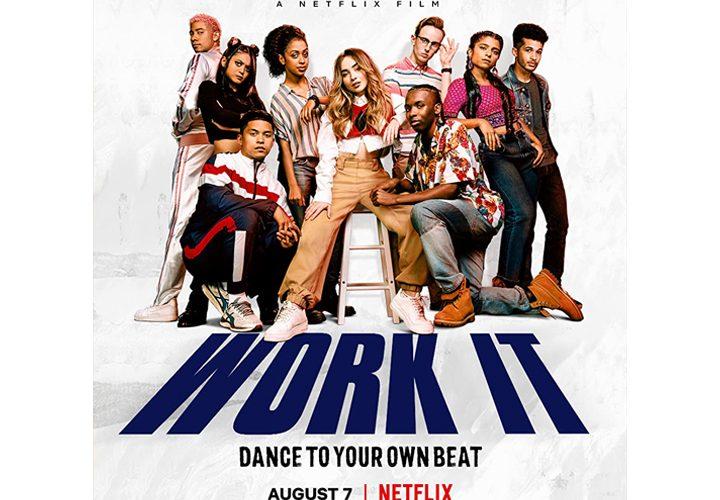 The official poster of Netflix’s “Work It” displays the main characters, high school seniors, in this film. Released Aug. 7, the film featured the students participating in a dancing competition to get into their dream colleges.

In “Work It,” an inspiring coming-of-age film released on Netflix on Aug. 7, the difficult yet impressive dance moves reflect the challenges high school students face.

“Work It” features a storytelling method typical of this genre — but told through dazzling dance. This sort of film often portrays romantic stories between main characters and hardships they are facing, which are solved by the end of the film.

During the college application season, high school seniors work diligently to strengthen their resumes. In “Work It,” the main character Quinn Ackerman (Sabrina Carpenter) chooses to do something unfamiliar and challenging to get into her dream college.

Quinn is brave enough to step outside of her comfort zone. She has no dance experience, and in other dancers’ eyes, she cannot dance. She wants to get into her dream college so severely that she lies to her Duke University admissions officer about being on her high school’s dance team, the Thunderbirds.

Quinn was a member of the Thunderbirds and she operated the light system for the dance team, but they removed her from the team after she accidentally broke the light system and ruined their rehearsal.

To fulfill her dream, Quinn has to try to rejoin the Thunderbirds, but the head leader of the Thunderbirds, Julliard Pembroke (Keiynan Lonsdale), does not want Quinn to join the team again because of the accident. Quinn auditions and does not get onto the dance team, so her only choice to evade her lie is to start her own team. 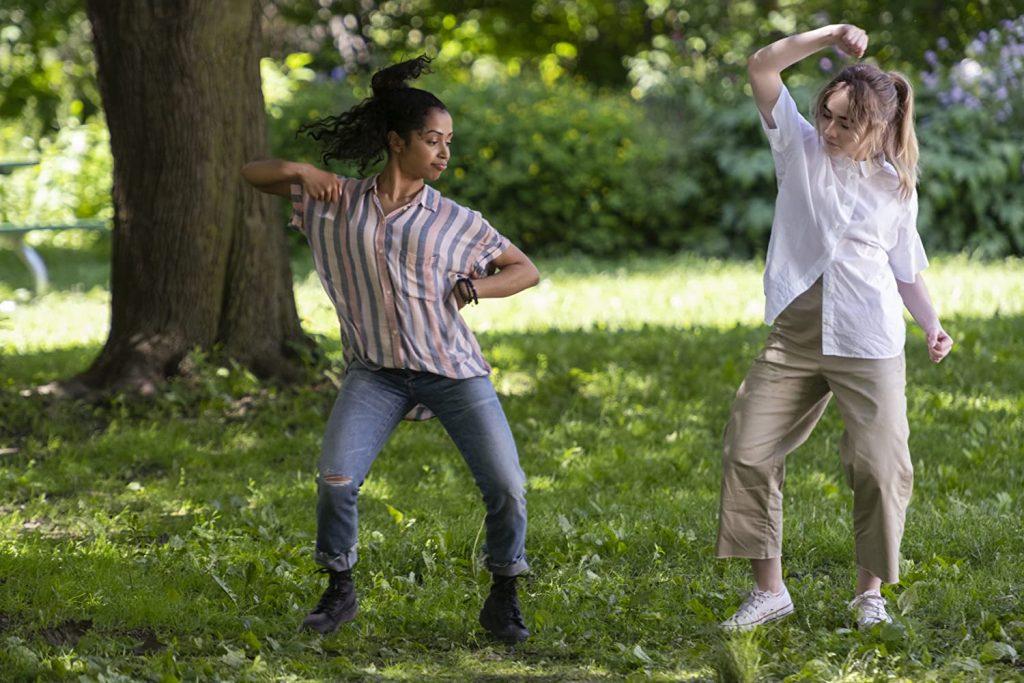 Jasmine Hale teaches Quinn Ackerman some dance moves and form their own dance team, TBD. Quinn thought she was ready to join the Thunderbirds team again, but during the try-outs, she could hardly keep up with the music.

Fortunately, with the help of her best friend, Jasmine Hale (Liza Koshy), Quinn builds her own dance team. Jasmine and Quinn do not agree on their team’s name when they participate in the try-out, so they come up with TBD, or To Be Determined, as a last-ditch effort. Clearly, they are not well prepared.

TBD needs choreographer Jake Taylor (Jordan Fisher) — who gave up dancing after his ACL injury — to save the group’s substandard dancing skills. Quinn and Jake learn to overcome their own difficulties of facing injury and learning how to dance. They gradually build a romantic connection. 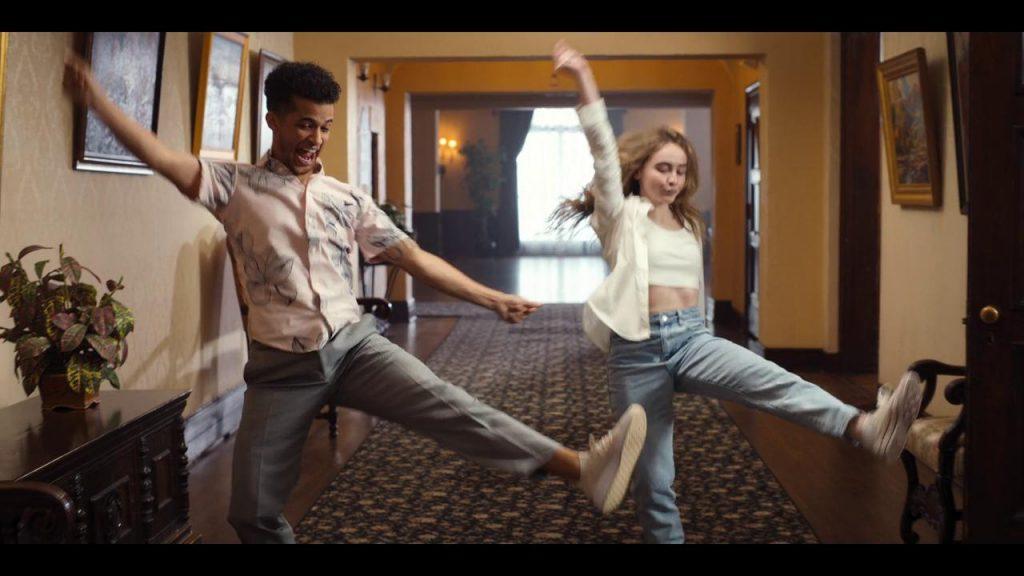 Jake Taylor and Quinn dance together as if they are both professionals. As soon as Quinn found the core spirit of dancing, she told Jake she thought she was ready for the competition.

“Work It” has several glamorous dancing scenes. The audience can feel the passion through the screen when Quinn and Jake dance together, drawn to each other like magnets. The captivating dance appeals to the audience.

Dancing to live music is never easy, and it is even more difficult when playing an instrument. During the dance performance, Jake dances while playing the piano in between choreography before his severe injury. This is another impressive dancing scene. 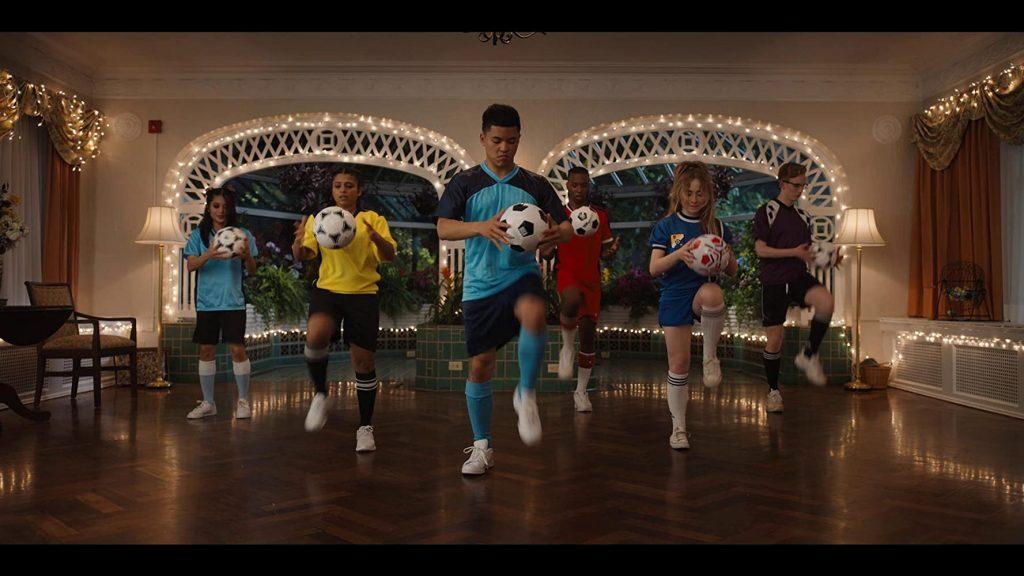 TBD’s final show during the dancing competition is astonishing. Except for Jasmine and Jake, no one in TBD is a professional dancer and the other five members have their own hobbies, like soccer or taekwondo. They combine all their talents in the final performance.

Even though the plot is similar to many other teen dramas, the dance scenes of “Work It” are fascinating. This film is now available for streaming on Netflix. 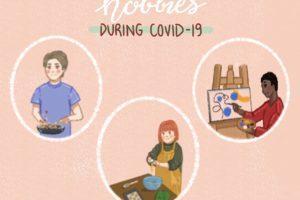 Art by Leah Bae In the age of COVID-19, Pepperdine students and faculty are exploring their creative side. With quarantine...
Copyright 2013 Jupiter Premium Magazine Theme
Back to top