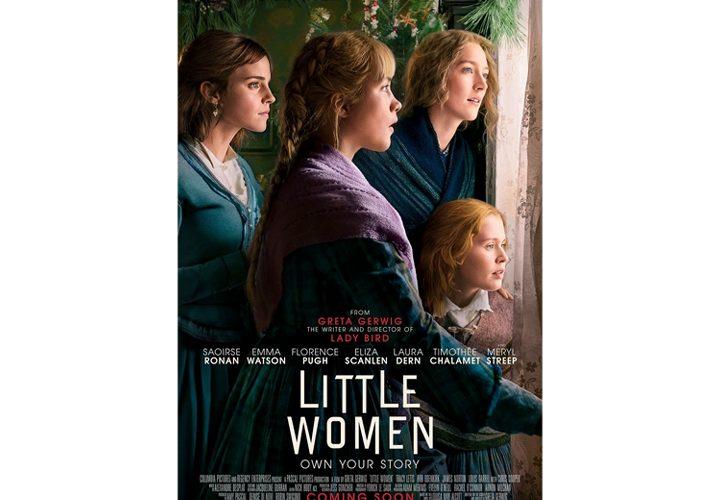 “Little Women” (2019), directed and adapted by Greta Gerwig, tells the story of the four close-knit March sisters who grow up and find their own places in the world. This latest film adaptation of the classic is an inspiration for women of all generations to watch in the spirit of Women’s History Month.

The film brings love and warmth while poignantly pointing out the legal constraints placed on women by marriage and the obstacles women face when pursuing their aspirations. Gerwig’s bold adaptation of the film successfully captures the ahead-of-its-time spirit shown in the novel written by Louisa May Alcott and adds modernity to it, focusing on the main character Jo March.

Gerwig reframes the story and intercuts scenes between two timelines over a seven-year period: the four girls as teenagers and them living their own lives as young women. 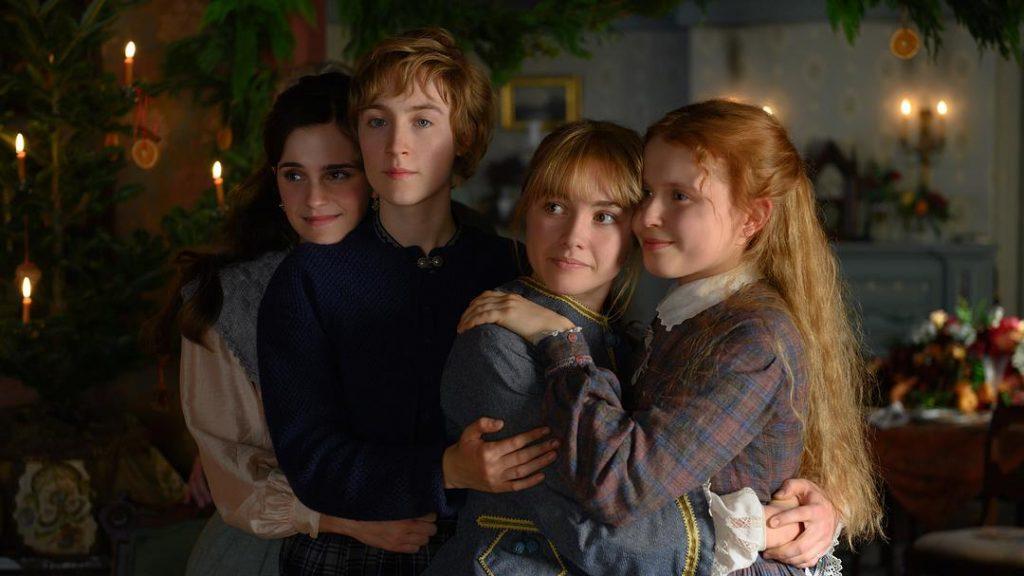 The film opens with Jo March selling a story to a New York publisher. The scenes then switch between the March sisters, Jo (Saoirse Ronan), Amy (Florence Pugh), Meg (Emma Watson) and Beth (Eliza Scanlen). With their father (Bob Odenkirk) fighting in the U.S. Civil War, they live with their mother (Laura Dern). 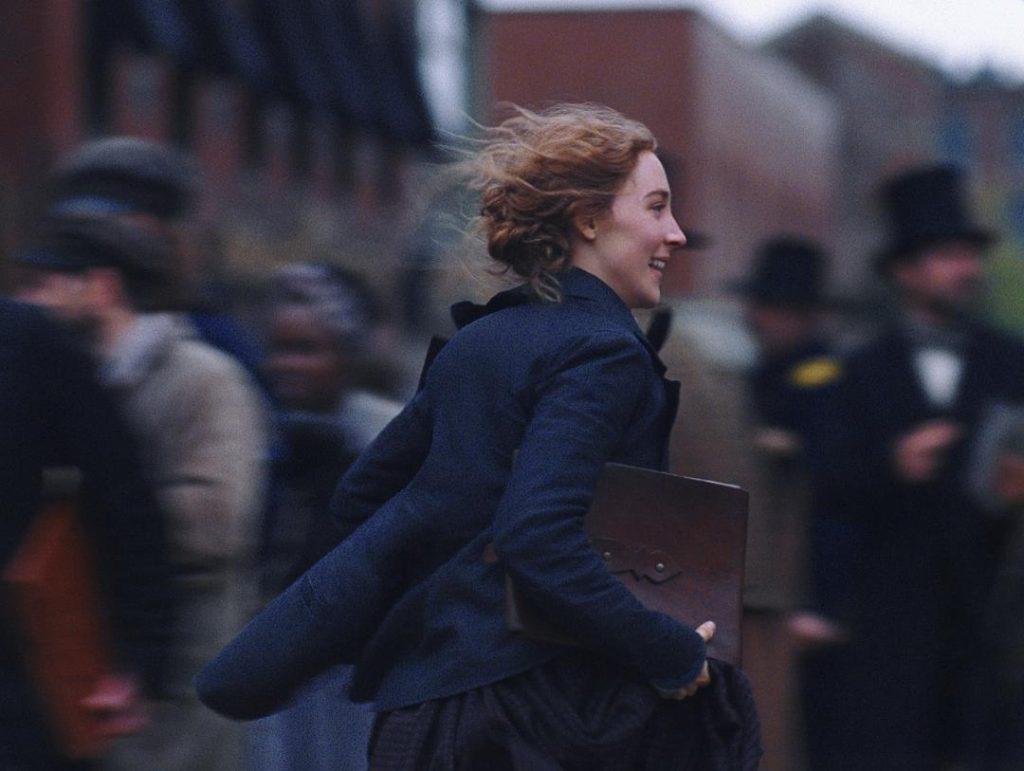 The film depicts the problem of the constraints enforced upon women by society. In the film, a male editor says the fate of a female character should be either married or dead. This conversation hints at the real-life drama behind the publication of “Little Women” — Alcott only has Jo married after her audience demanded so. In the film, however, Gerwig dramatizes Jo and her love interest kissing under the umbrella, ironically showing Jo succumbing to reality.

This highlights the true powerlessness of women in that time period. They could not work or vote, so they had to rely on men and get married, despite losing ownership of their money.

On the other hand, Jo’s sister, Amy, is more practical. In the film, she says, “As a woman, I have no way to make money, not enough to earn a living and support my family. Even if I had my own money, which I don’t, it would belong to my husband the minute we were married. So don’t sit there and tell me that marriage isn’t an economic proposition, because it is.” 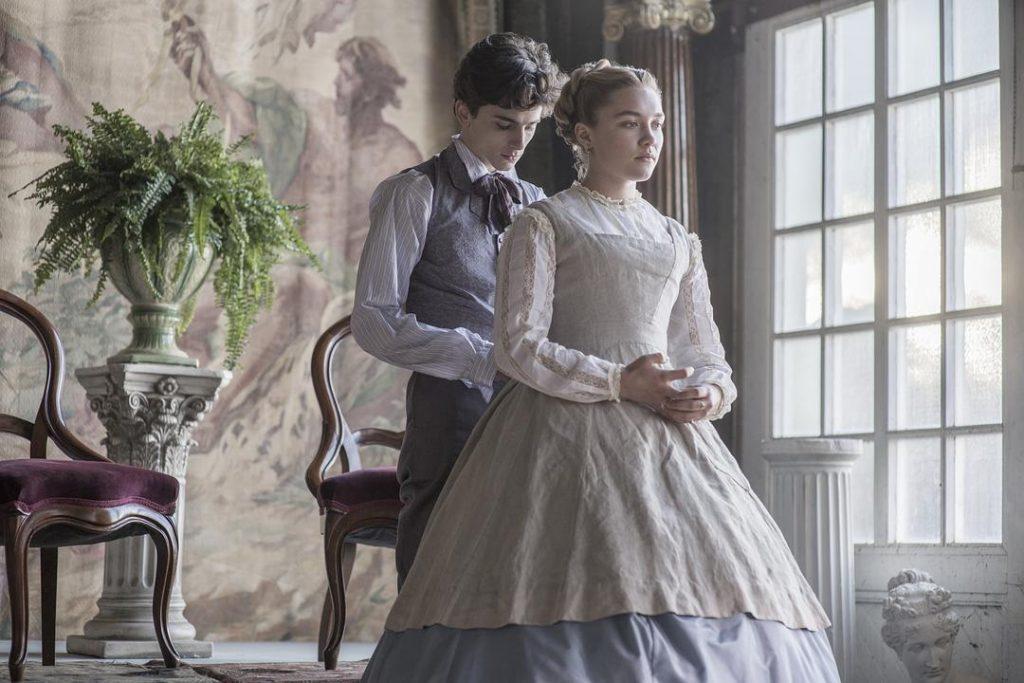 Amy asks Laurie (Timothée Chalamet) to tie her dress after giving her opinions on marriage. According to IMDb Trivia, this speech was not in the initial script, but Meryl Streep, who played Aunt March, suggested it.

These two contradicting perspectives allow the audience to reflect on the true meaning of marriage to women throughout history.

When it comes to women pursuing their passions, the film shows that women struggle to succeed. In the film, Amy strives to be a renowned artist and stay in Paris. Her aunt, however, thinks painting skills are not important for women to learn.

Jo, on the other hand, has to publish her works anonymously at first and only writes genres that sell well. Her persistence in writing is inspirational for the audience, sending a message that everyone should follow their dreams and stick with their true passions.

Besides the plot and the brilliant adaptation, the film has a beautiful artistic style both in its pictures and soundtracks. It is worth noting that the scenes of the girls’ adolescence have warm tones while their adult lives have dark tones. Their childhood times are almost enveloped in a “golden glow,” suggesting a time of joy.

Gerwig told the ScreenDaily, “We wanted it to feel like you were totally immersed in the realities of the time.” The film did succeed in allowing the audience to travel with the characters through time, and it has a very natural flow.

This modern retelling of the story proves Gerwig’s talent in directing and adapting films, giving the audience a chance to see literary characters in a new light and have thought-provoking reflections on women’s marriage and pursuit.

“Little Women” is available on Starz and Amazon Prime Video. 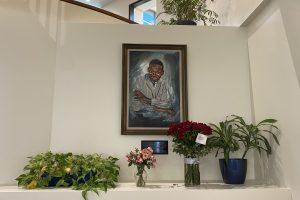