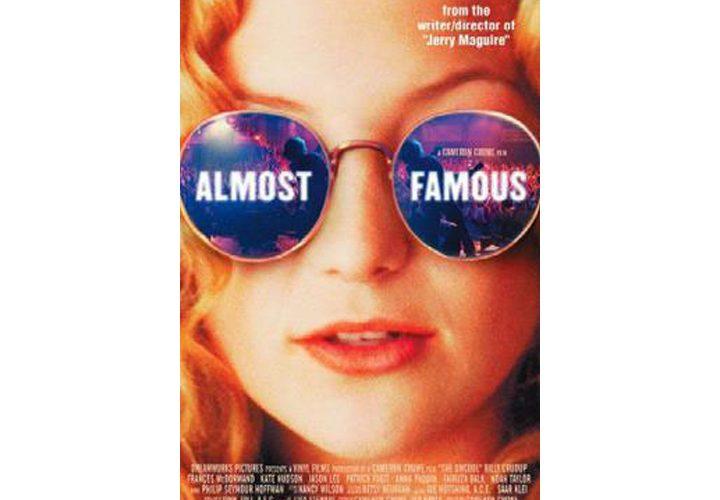 The “Almost Famous” film poster presents Kate Hudson as charming non-groupie Penny Lane. Hudson won a Golden Globe for Best Performance by an Actress in a Supporting Role for her part in the film.

“Almost Famous” is the semi-autobiographical tale of journalist, filmmaker and author Cameron Crowe. Crowe is known for his novel-turned-film “Fast Times at Ridgemont High” and award-winning screenplay “Jerry Maguire.”

“Almost Famous” is by far Crowe’s most personal film, and it’s one that is especially relevant right now. In a time when concerts and festivals are canceled, “Almost Famous” allows viewers to time travel back to 1973 and go on tour with Stillwater, a rising rock band trying to navigate fame, love and artistic differences.

Twenty years after its original release, the coming-of-age film and the actors’ performances are still incendiary.

“Almost Famous” follows the lovably uncool William Miller (Patrick Fugit), a 15-year-old boy from San Diego who is more interested in writing for local underground newspapers than attending high school dances. Miller’s character is based off of Crowe’s own life experiences, which make the film feel personal from the start.

William’s mother, Elaine (Frances McDormand), is a professor at a local college who desperately seeks to protect her children from the influence of sex, drugs and rock ‘n’ roll that permeates the culture of early 1970s California. Elaine’s efforts are futile, however, as her overbearing nature drives her daughter, Anita (Zooey Deschanel), to leave home and become a flight attendant.

Before getting in her boyfriend’s car and driving away to start her new life, Anita looks William in the eyes, assures him that one day he will be cool and reveals that she left him a bag of her forbidden records under his bed. 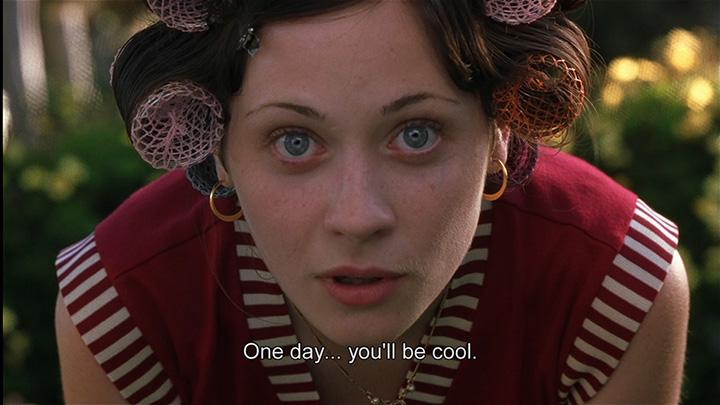 Anita Miller assures her little brother, William, that one day, he will be cool. Zooey Deschanel played Anita in "Almost Famous."

Songs from these records (“Tommy” by The Who, “Axis: Bold As Love” by the Jimi Hendrix Experience, and “Led Zeppelin II” by Led Zeppelin) not only become the soundtrack to William’s adolescence but also become the score for the rest of “Almost Famous.” The music in this film is impeccable, and it transports the viewer to the time period in which it is set.

William’s talent for writing grows, and he soon falls under the tutelage of Creem Magazine rock critic Lester Bangs, a real writer who the late Philip Seymour Hoffman portrays with incredible charisma. Eventually, William’s articles catch the attention of up-and-coming rock magazine Rolling Stone, who, thinking William is much older than he is, give him an assignment: travel across the country with mid-level rock group Stillwater and show them no mercy. 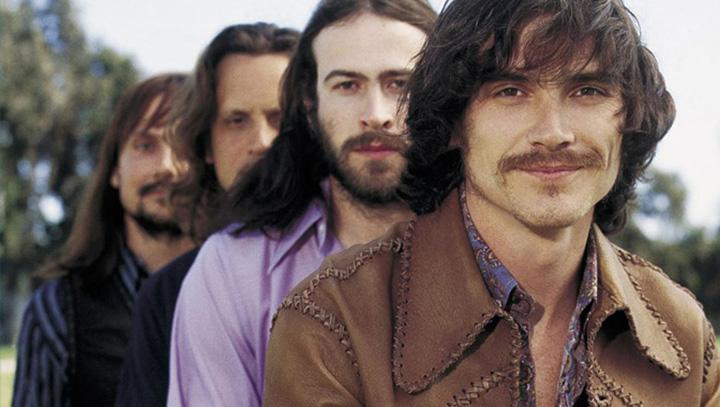 Members of rock band Stillwater pose for the cover of Rolling Stone. The members of the band are played by Billy Crudup (front), Jason Lee, Mark Kozelek and John Fedevich.

With the begrudging approval of his mother, William becomes embedded with Stillwater on their 1973 Almost Famous tour. Crowe based this aspect of the film on his adventures touring with the Allman Brothers Band and the Eagles as a teenage journalist. Traveling from Los Angeles to New York on Doris, the band’s beloved tour bus, William learns about life, relationships and music all while doing the one thing Bangs warned him not to do: befriend the band. Penny Lane (Kate Hudson), Stillwater muse and ‘Band-Aid’, takes William under her wing as the pair follows and falls in love with the band together. 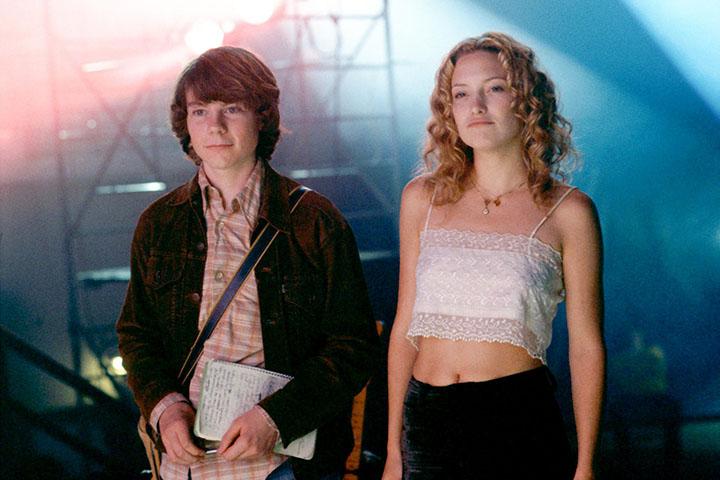 William (Patrick Fugit) and Penny Lane (Kate Hudson) hang out backstage at a Stillwater show. "Almost Famous" is Fugit's first acting credit, and Hudson earned an Oscar nomination for Best Supporting Actress for her role in the film.

With an Oscar win for Best Screenplay, it’s safe to say there are many things “Almost Famous” gets right. Casting Director Gail Levin, in partnership with Crowe, casts a film that yields unforgettable performances from McDormand, Hudson, Hoffman and Billy Crudup, who gives life to Stillwater’s “guitarist with mystique,” Russell Hammond. Levin and Crowe do an exceptional job of mixing veteran actors with relative rookies, which gives “Almost Famous” an authentic feel.

The film is Fugit’s first acting credit, and it shows. His naïveté, however, perfectly encompasses the earnest spirit of young William, who just wants to write the best story he can for Rolling Stone and maybe make it back home to San Diego in one piece. Many of Fugit’s ad-libs and misspoken lines still appear in the film and make for genuine moments between him and the other actors.

The chemistry between Fugit, Hudson and the rest of the cast is undeniable. Every time the camera opens on a crowded, smoke-filled hotel room, viewers get the sense that its occupants were there drinking and playing music long before they peeked in. 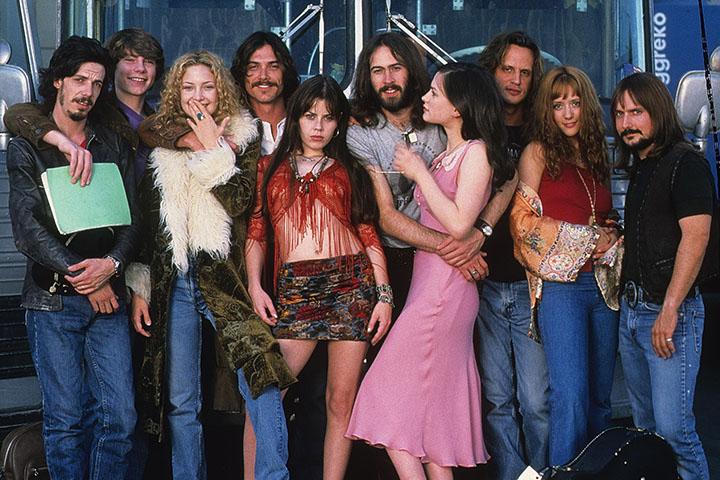 The Band-Aids and Stillwater members pose in front of their tour bus. The Band-Aids claimed that they were there to inspire the music, not just to be near rock stars.

Stillwater’s musical performances in “Almost Famous” are extremely believable. Crowe put the actors who played Stillwater through a verifiable rock boot camp with music legend Peter Frampton at the helm, teaching the actors how to look like they were really playing their instruments and performing in front of real crowds. Crowe and his then-wife, Nancy Wilson of Heart, even wrote several original Stillwater songs for the film.

Still, some things about “Almost Famous” don’t hold up to modern standards. The film is largely whitewashed, with people of color only playing minor roles or being relegated to the background. Ben Fong-Torres, William’s editor at Rolling Stone, is the only person of color with a main role, and his character is still one-dimensional at best. Considering Fong-Torres is a real-life legend in the world of rock journalism who has been at Rolling Stone since the magazine’s inception, he deserved a bigger part.

Not only is the whitewashing in “Almost Famous” inadmissible, but it is also an inaccurate depiction of the music scene at the time. The ’70s were the prime of Black rock heavyweights like Ike & Tina Turner and Chuck Berry. Crowe partially based Stillwater off of his time spent with the Allman Brothers, whose drummer and founding member Jaimoe Johanson is Black, yet Stillwater is an all-white group. Having a more diverse cast in “Almost Famous” would have provided the audience with an accurate glimpse into the world of rock ‘n’ roll, allowing the film the chance to resonate with a broader audience.

What is redeemable about “Almost Famous” is that it is a film made for rock fans by a rock fan. It is not a glamorous depiction of life on the road told from a band’s perspective; it is a brief glance into the debaucherous world of rock ‘n’ roll by an innocent protagonist, who just wants to do right by the people he is supposed to give no clemency. “Almost Famous” is funny, believable and sweet, and it tells a good story made better by the fact that it is based on a real one. 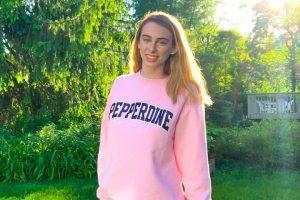