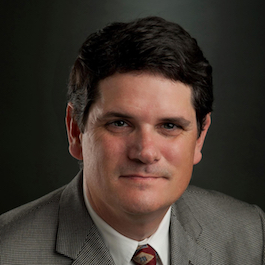 The Office of International Programs welcomed Professor Ronald Cox to the position of Associate Dean. Cox, who has been with the university since 2005 as a professor in the Religion Division and also served as a faculty family for the Heidelberg, Florence and London religion overseas programs previously.

“I still have a number of my faculty responsibilities, it’s just that the emphasis of what I have done is shifting over toward administrative work,” Cox said. “It’s things like student advising, thinking about the courses that students are enrolled in, and working with the concerns and needs of faculty both here in Malibu and in our programs abroad.”

This job involves communicating and coordinating with teachers and students to ensure that students are placed in the right classes while they are abroad. The position has been an adjustment from his previous teaching positions. He said he now gets to see more of the work that students go through when planning out schedules and signing up for classes.

“When I go into a classroom I’m delighted to see my students there, but I don’t have the awareness of all the steps that you guys have gone through to get into that classroom,” Cox said. His job now consists of helping students find the best classes and overseas program during their time at Pepperdine.

Cox said his previous International Programs experience as a faculty family for Heidelberg, Florence, and London has helped prepare him for the job and allowed him to gain a deeper insight into Seaver College students.

It also allowed him to see how the faculty and staff in the overseas programs work. Cox said he admires their work ethic and wants them to be appreciated throughout the University. “I want to help them do what they do overseas by being a presence here working on their behalf with International programs and with the Seaver faculty,” Cox said.

Cox said his main goal is to be of service. “That’s sort of my main objective. I’m looking for ways to help Dean Hall and Greg Muger the Director and the other staff here to accomplish the things that we need to accomplish,” Cox said. He said he also wants to be a liaison for communication between deans, faculty in Malibu and abroad, program directors, and the International Programs Office.

“My more important task will be able to help us make compromises and work through those disagreements by greater understanding and clearer communication,” Cox said.

“The thought process that went into it is, ‘how can we raise our office to the next level’ and that is by hiring a faculty member who can be a liaison who can reach across the aisle and speak and meet with the faculty,” Schaneberg said. “It’s definitely useful to have someone who speaks that language and who comes from that world.”

Cox described his new job to be a steep learning curve and an uphill battle. “I’m just pedaling as hard as I can and letting the endorphins push me along because I’m excited to be here,” Cox said.

Even though Cox states the new job is an uphill battle, former student Zoe Womack, Class of 2017, said that Cox is a great addition to the IP office.

“He’s a very funny and personable Associate Dean. He’s been a really great presence to have in the office,” Womack said.

Cox is not the only member of his family who is part of the Pepperdine community. Cox and his wife, Shelly, have four sons and two of them are currently Pepperdine students.