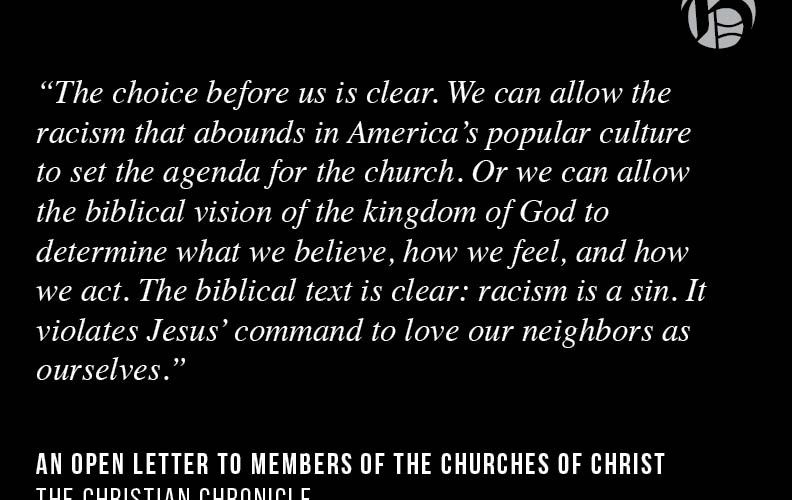 Six members of the Pepperdine community signed a controversial letter addressing race-relation issues within the church published in The Christian Chronicle.

The letter, published Aug. 30, asks for increased dialogue among ethnic minorities, specifically African-Americans, and the rest of the church population on the wrongs of the past Civil Rights movement and the heart behind the current “Black Lives Matter” movement. The letter addresses why understanding the Black Lives Matter movement is so important to the community of believers.

The controversial letter is calling on Pepperdine and other religiously affiliated schools to address the issues and how they relate to students. The letter, “An Open Letter to the Churches of Christ,” was signed by 76 people, and included signatures from Pepperdine faculty members Daniel A. Rodriguez, W. David Baird, Stuart and D’Esta Love, Associate Chaplain Eric Wilson and University Chaplain Sara Barton.

It decries the churches’ historic practice of turning a blind eye on race-related issues. Barton and Wilson said the letter was the result of a long-term understanding of race relations and has been in the works for years. The writers of the document have been actively studying the Civil Rights movement, the history of racism in America, and working with predominately black Churches of Christ. The letter was based on these understandings, and was not a “reactive” letter.

The letter begins with the statement, “Racism is sin.” It challenges its readers to make a choice: to acknowledge that racism is sin and adjust behaviors, to overlook racism and act as if it is a minor problem in our society, or to participate in racist behaviors that, according to the letter, “scar such large segments of this nation.”

The writers reference the Christian churches’ dealings with the Civil Rights movement more than 50 years ago, in which “the church ignored the movement and refused to talk about the topic of race and faith.”

“The American church was looked at as a place to get away from the discussions of the world,” said Assistant University Chaplain Eric Wilson, a supporter of the document.

“Because of this avoidance of ‘worldly’ topics, many Church of Christ members and other denominational Christians were left confused on how to think about the movement in light of their faith,” Wilson said.

Wilson said he is working to remedy this, having worked with churches all over the country on how they address race in the United States, and he looks forward to moving the discourse further to open up an opportunity toward discussion and implementation.

He and Barton both agree that race, especially in modern times, is something that church can no longer afford to ignore.

Pepperdine’s sister school, Abilene Christian University in Abilene, Texas released an apology in 1999, of how their university administration dealt with issues of race in, during and after the Civil Rights movement. The school didn’t accept students of color since its inception in 1908 until the school underwent integration in the mid-1960s. Pepperdine’s history differs slightly, though it too was not exempt from race relation issues. In the late 1950s, the neighborhood surrounding Pepperdine’s original campus was 50 percent Black, and by 1970 at least 22 percent of the school was Black, according to a previous edition of the Graphic.

Barton said she hopes that by following in Abilene Christian’s steps and apologizing for the wrongs of the past, the church and its affiliates can acknowledge the pain caused and move forward with race as a society.

Seaver College students also have opinions to share on the topic. Freshman Olivia Robinson, an African-American student, said, “Before the church can talk about race in the community, they need to talk about it within themselves. We always separate things into “black church” and “white church,” but everyone’s fair game for the gospel. Why would we discuss this if we continue to maintain the division?”

Junior Meghan Doyle said she thinks Pepperdine is trying to open up a dialogue about diversity.

“People who are in the minority seem anxious speak up about it,” Doyle said. “It takes people who are in the majority, to sit back, shut our mouths, and listen. Conversation is a two-way street, with both sides listening to and being open to what the other has to say. Pepperdine itself is willing to do that, but the students need to be open to be open to it as well.”

Barton said universities like Pepperdine have an important role in creating dialogue.

“Perhaps because Churches of Christ are locally autonomous and don’t have bishops or governing bodies, universities affiliated with Churches of Christ have traditionally played an important role in thought and leadership,” she said.

Barton said campuses like Pepperdine can open up the conversation on race and diversity and truly begin to understand people affected by racial discrimination rather than viewing it as an “us” versus “them” complex.

“The letter is a call to try to understand why people say ‘Black Lives Matter’ rather than responding dismissively,” Barton said. “It means something deeper—and understanding our neighbors’ struggles without dismissing it is loving our neighbor as ourselves like Jesus said.” 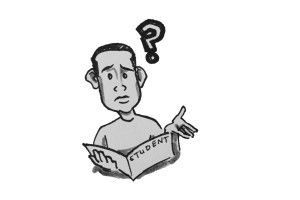 Art by Peau PorotesanoFull disclosure: it took us several minutes to find excerpts from the student handbook online. We promise...
Copyright 2013 Jupiter Premium Magazine Theme
Back to top