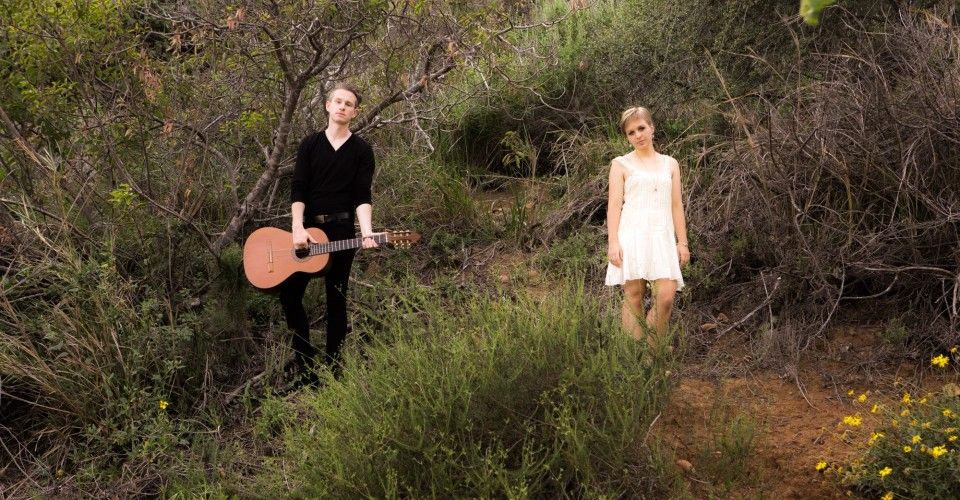 Music is essential to most college students’ lives. Whether it’s a study tool or a way to relax, music touches people in unique ways. But there are some who take the art seriously enough to make it their focus at Pepperdine. Three Pepperdine undergraduate students share what inspired them to pursue their love of music, even in light of the demanding yet beautiful career ahead of them.

What instrument do you play and how long have you been playing your instrument?

When and why did you start playing?

VL: I started when I was 5 years old. My parents had a harpist at their wedding, and I fell in love with the instrument … I began lessons with the harpist they had at their weddings, and it’s grown from there.

JP: I started learning the guitar with my dad when I was 7. I started enjoying it more and more until it eventually became a large part of my life. 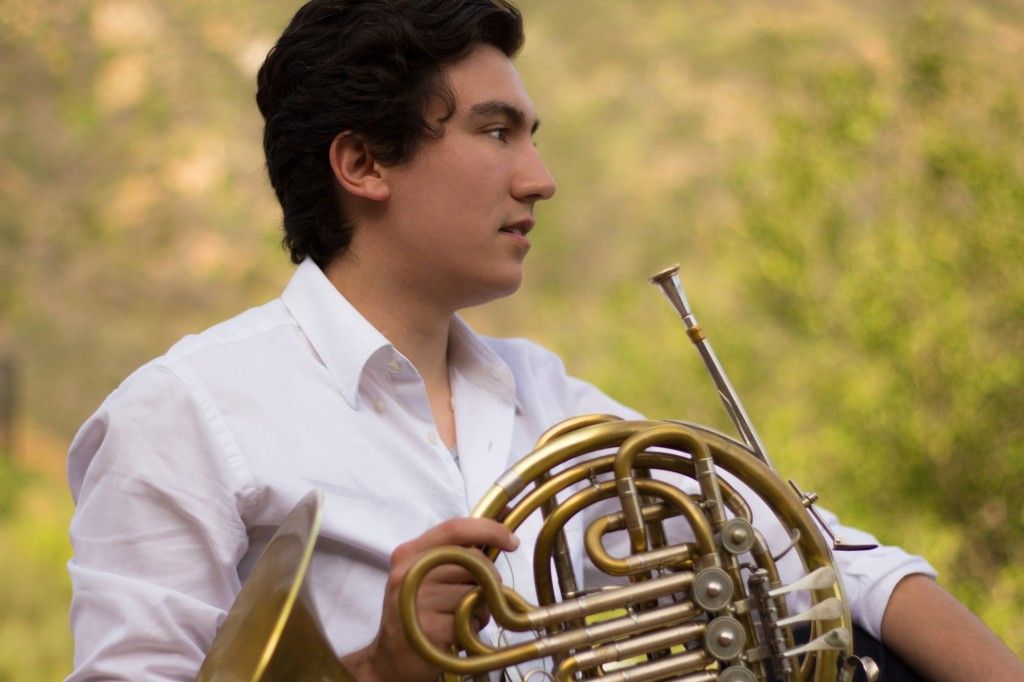 Is your family musical?

VL: My dad used to be a guitarist in a rock band. Additionally, he has a recording studio and has recorded artists as prominent as Peter Frampton. My 16-year-old brother also plays the French horn.

JP: Yes, everyone in my family plays an instrument. Having a musical family really helped me understand the amount of dedication it takes to progress as a musician.

What are the biggest difficulties you face being a musician?

VL: There is a lot of pressure to be perfect. Music is a creative process and so there isn’t really a right way to do it, and yet when playing you are always being judged against what others perceive as perfect. As a musician you must be able to figure out the balance between technical execution and creative interpretation.

JC: Your own ego. If you compare yourself to others, you’ll be disappointed.

How do you handle mistakes during a performance?

VL: Mistakes are always so much worse in your head than they truly are. When you make a mistake during a performance, you must continue. Much of the skill of live performance is being able to use your musical knowledge to work your way back into a “repair point,” which is a part of the music that you know cold. I always try to have a lot of repair points so if I make a mistake I can go to the section I’m comfortable with and continue.

JC: Performing and being onstage is a lot like acting or dancing or any other art, really. If you make a mistake (and that’s inevitable) you just have to play it off. 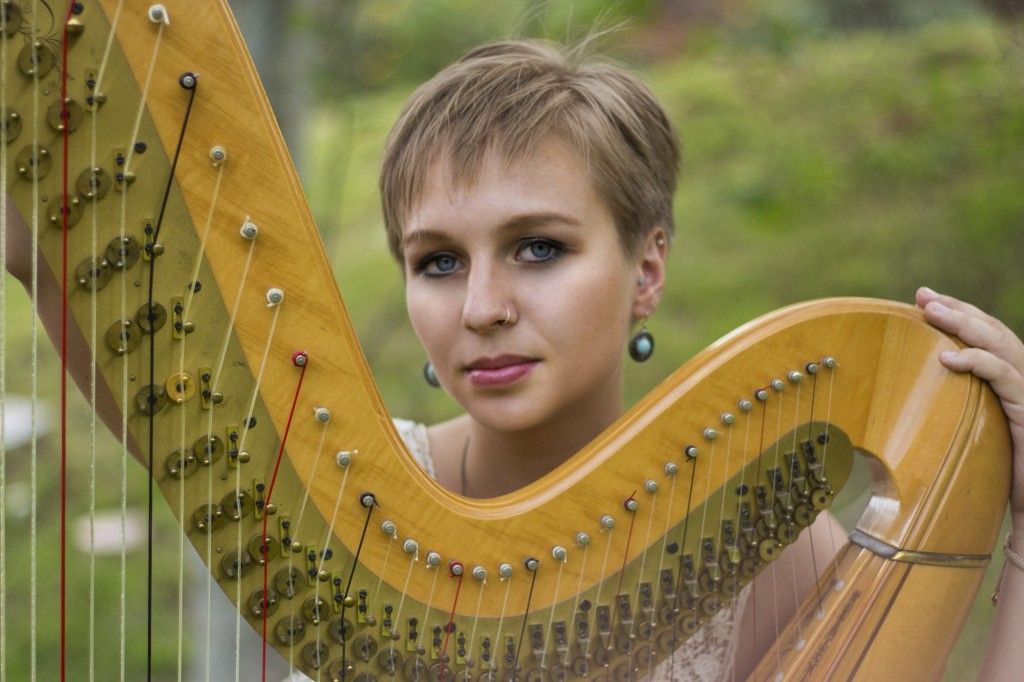 Do you get nervous before a performance or a competition?

VL: I get so nervous! I struggle with knowing I am about to share a really intimate part of myself. Music is a creative outlet for me, and so I feel most vulnerable when I’m in front of a crowd.

JP: I used to get deathly nervous before performing. I found recently that the only way I avoid the nerves is by preparing correctly. Some nerves will always be there, but some anxiety is necessary to have an energetic performance.

JC: Absolutely. If you’re not nervous before the performance that either means one of two things — either you’re so unprepared for an audition that you don’t even care anymore or you are not challenging yourself as a musician.

What advice would you give to beginners who are nervous?

VL: Know that you are sharing an incredible gift with the audience. Most are grateful for your willingness to share your talent. Trust your preparation and be thankful for the opportunity to share the joy of music.

JP: I would tell them not to base their self-worth as a musician on performing publicly. You know how well you can play and you want to share your music with others. Don’t think of it as a competition. I would tell them they need to rehearse with a purpose. If you are not completely focused in your practice time, then you can’t expect to give a good performance.

JC: Getting nervous is actually really key to performing. I believe it is possible to channel this nervous potential energy into musical mechanical energy. The secret is not to over think things. Let the music speak for itself.

How often and for how long do you practice?

JP: As often as I can. In college it’s not always the same amount of time every week, and it never looks the same. One week you may be doing tedious work, such as learning a new piece of music, where you can only concentrate for smaller increments of time. Another week you may be prepping songs for a performance and have to run though your program five times a day. It depends on what you are doing. Consistency and quality are the two most important aspects of practice. If you are able to dedicate three to five hours of high quality practice a day, you will progress quickly.

JC: When I was in high school, I was practicing for about three hours a day. But that was back when I had nothing better to do. 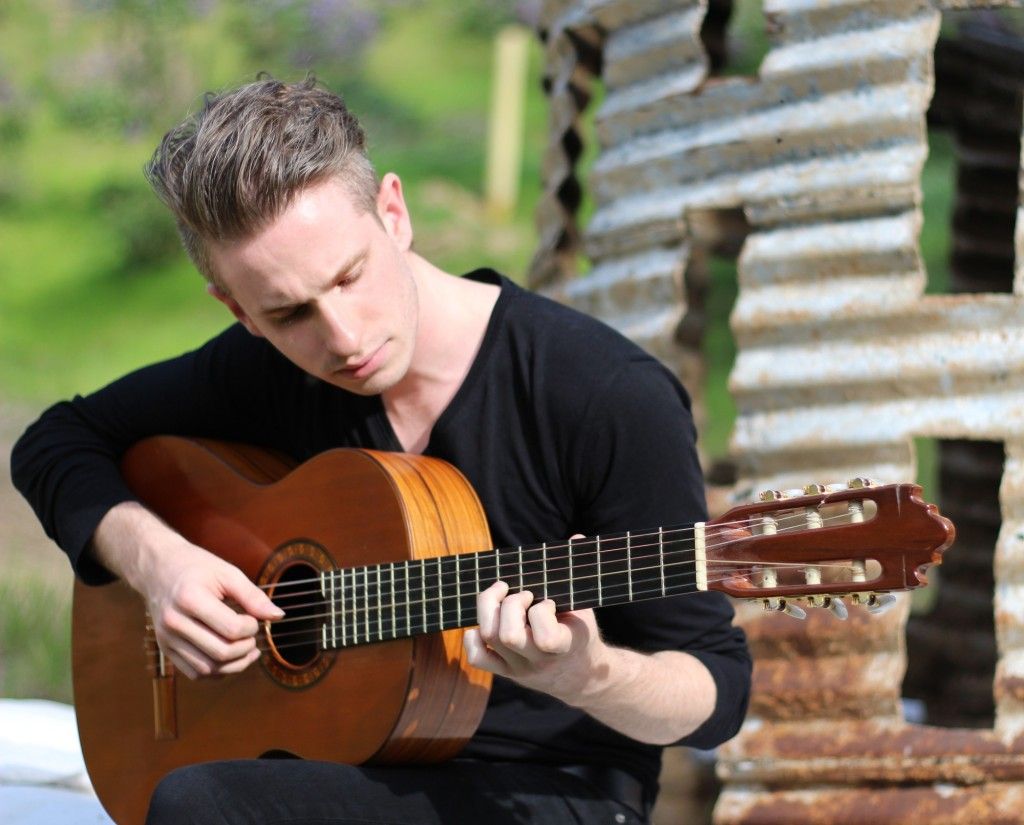 Do you remember the first song you ever played?

VL: I think “Twinkle Twinkle Little Star” was the first song I played.

Which famous musicians and groups do you admire? Why?

JP: I listen to all different types of music, from Blues to Classical to Hip-Hop. If the artist has musical ability, has something unique and is excellent at what they do, then I’ll appreciate their music. There is a long list of guitarists I admire: Andres Segovia, Christopher Parkening, Jason Vieaux, Carlos Santana, Buddy Guy, Stevie Ray Vaughan, John Mayer … There is a long list of bands/groups: Led Zeppelin, Manchester Orchestra, Frank Ocean, The 1975, Alison Krauss … Both lists go on forever.

JC: Definitely Radek Baborak. He’s one of the best to have ever lived, in my opinion. It takes an entire lifetime to achieve the level of mastery that he’s achieved in some 25 years or so.

Many attribute their favorite pieces to Bach or Beethoven; do you have a particular piece that speaks to you?

JP: I could never single out a piece that speaks to me the most. For example, Chopin’s “Nocturne No. 2,” and I love Bach’s “Goldberg Variations.” It’s not that one speaks to me more, [they are] just different. 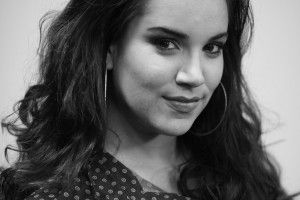 Dear reader, In your hands is something that has been a dream of mine for five years. These simply bound pages with all their...
Copyright 2018 Pepperdine Graphic
Back to top