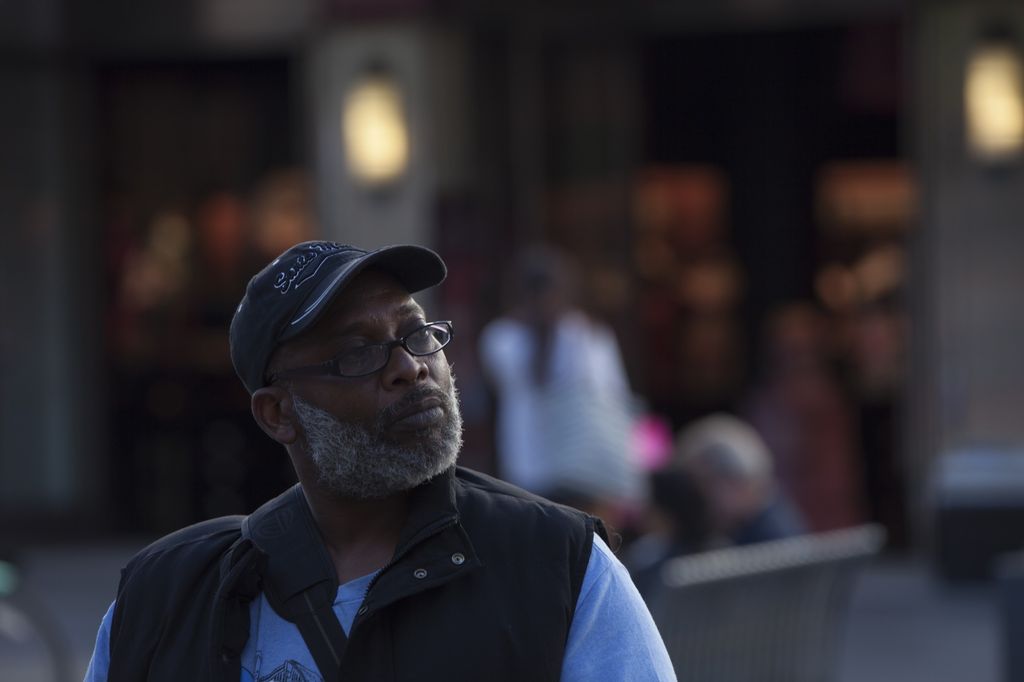 Los Angeles’ elected leaders declared a state of emergency this year concerning the growing homeless population. The city of Los Angeles spends more than $100 million a year coping with homelessness, with as much as $87 million going to arrests, Skid Row patrols and mental health interventions, according to a report released in April by City Administrative Officer Miguel A. Santana. While many believe homelessness is the plague of only populous metropolitan areas, it can strike closer to home — to be exact: 14 miles away from Malibu in Santa Monica, California.

Oscar has lived in Santa Monica for the past year. He is a u.s. army veteran, and before moving to California he traveled all over the country on foot. Oz is 50 years old and has been homeless for 24 years.

“I think people should realize homelessness is a horrible thing. It continues, and people tend to ignore it because … when we’re standing here with a sign … We’re standing here because we need it; we’re not standing here for fun. The government seems to have forgotten us, and as much as we try, we just can’t make it, and it’s just like they don’t care. I served in the service: almost six years in the U.S. Army, and the government doesn’t care. I can’t get medical benefits, and I try. It’s time for the world to realize America isn’t as great as it thinks it is. It’s embarrassing. I served for my country, got scars all over my body for my country, and my country don’t even give a s—. At Ocean Park Community Center (OPCC) you might get a bologna and cheese sandwich when they’re not closed … They just don’t care. I think everybody who lives here should go to OPCC to see how [the homeless are] treated. Don’t dress up nice; go in there like me, and see exactly what they get. I have hospital bills I’ll never be able to pay. I can’t afford medicine. They prescribe me medicine, and I can’t even afford the copay. I served, and I had a business. I was an electrician [for 18 years], and I got a master’s in it.” 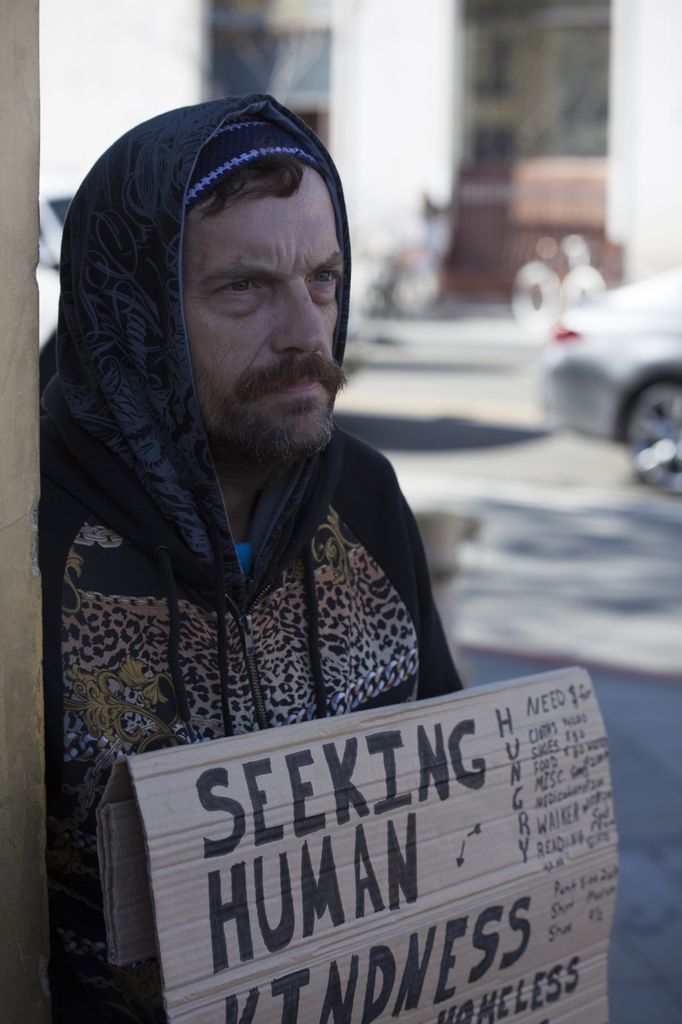 Khadijah has been Homeless in Santa Monica for two years. she has three children, ages 3, 6 and 9. two of Them have Leukemia. Khadijah Is currently fighting family services for custody of her daughters.

“If you don’t have an address, you can’t get any services. Child services wants me to go into a shelter. They don’t understand [that] you get raped, you get beat up, and they won’t do anything because you’re homeless. So I’d rather take my chances on the street. I think these people on the Promenade, they’re the most miserable people out here, and they look at me because I stand here and ask for help, and they call me everything but the child of God. I get spit on, stuff thrown at me. At one point in time, I was just like [them]. I was able to go into Victoria’s Secret and Foot Locker until the company [Magic Tilt] I was working for had to lay everybody off. I was building boats. People won’t even stop [when] I say good morning. I could be starving, and they wouldn’t even feed me. We don’t even exist out here. We’re not even a part of society … If they’d give me a job and stop telling me I’m not worth anything … I can make a difference.” 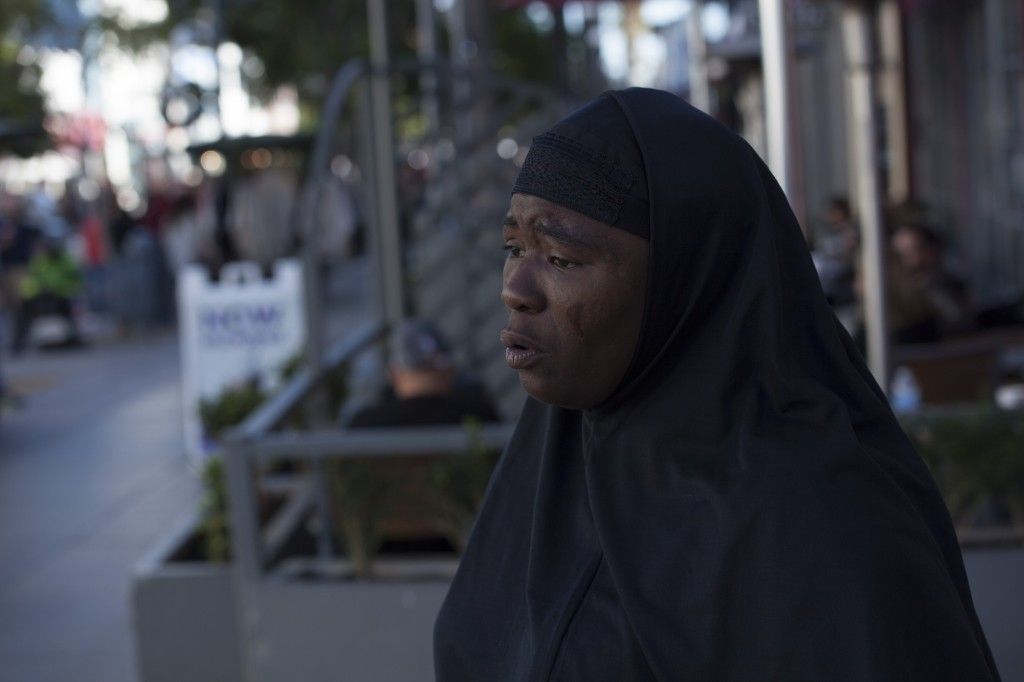 Juliet’s poem is dedicated to her daughter, who was diagnosed with cancer when she was 16 years old. Her daughter has had cancer three times:

A Poem by Juliet Wallace

The lonely hours that I spend thinking of you,

I was there when you took your first sweet breath of life.

You with your angel’s face, I want you to know that from the moment I saw you and your tiny body I have never held beauty such as yours.

You possess my heart and soul, without breathing a word you speak to me your every need.

The desires of your precious heart call upon my name.

You are the wind beneath my failing wings,

the song that’s on my heart from day to day.

It’s your hand I reach for when I’m cold and lonely and life holds its bitter sting.

Without you, life could not hold the flowers in spring.

I could not hold even the glimmer of a dream.

You are my sunshine my laughter, light of my life.

From your cradle to my grave, I will lift your name to majesties on high.

I gave you life, but you are my life.

You are the only person who does not judge me critically, or boast about how beautiful you are. 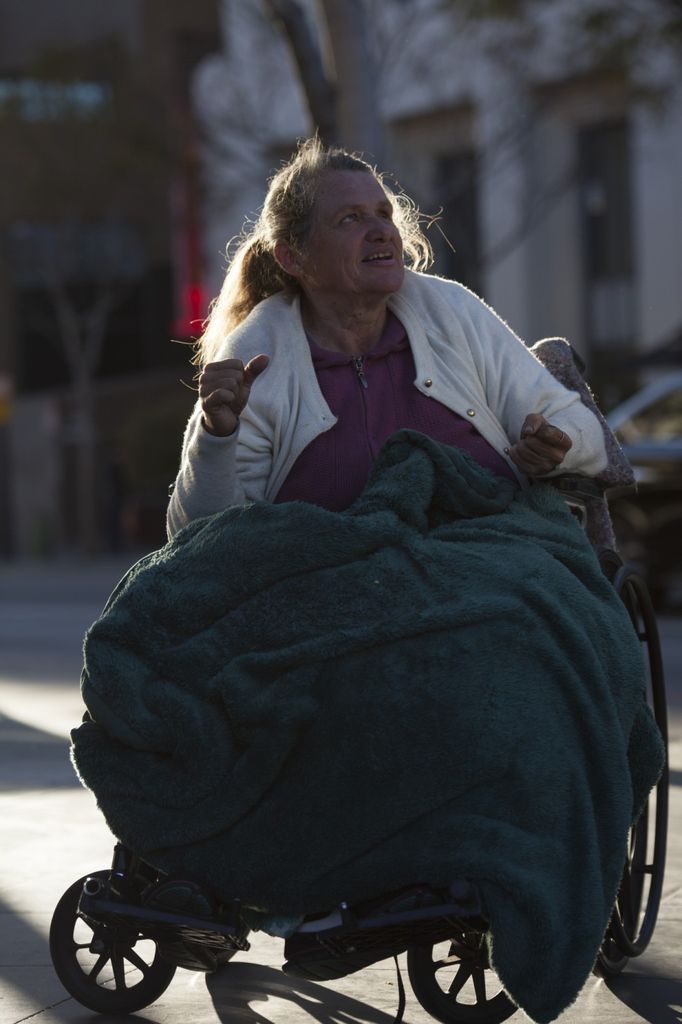 Pastor Dax is a self-proclaimed pastor and a leader in the Santa Monica community. once homeless in Southern California, He now works on the Promenade every day making rounds and looking out for people in the area.

“You don’t find many pastors out here. They have fear. It’s easier for me to be out here though because I am my brother’s keeper, I am my sister’s keeper. All I want to do is please God. I don’t want much. I know what it’s like to be out here, and it’s a struggle.” 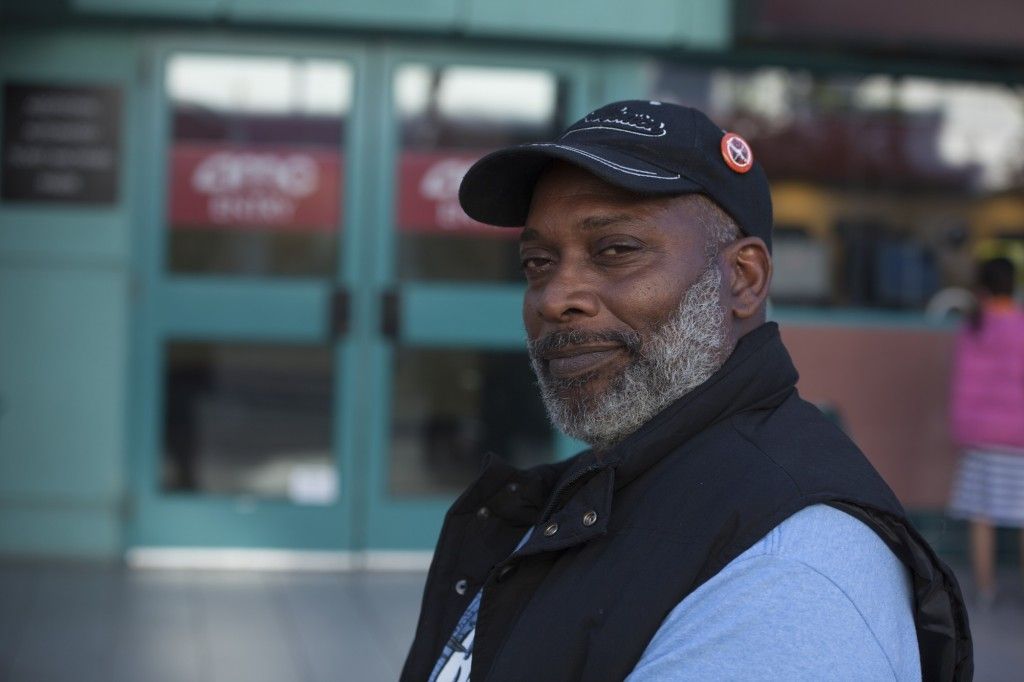