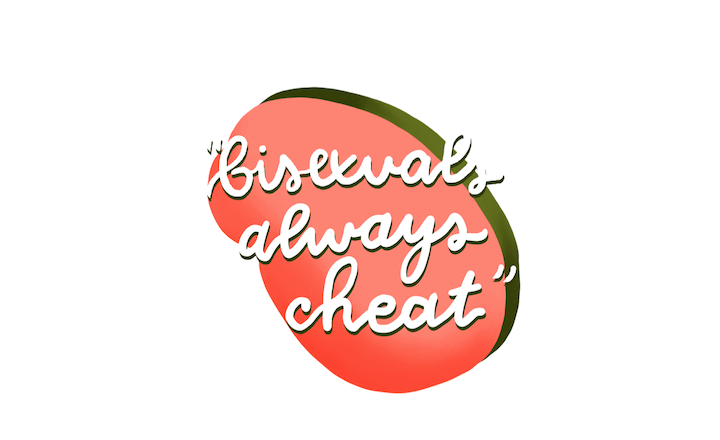 Stereotypes are everywhere. They can manipulate the truth and generate a false narrative, leading to a lack of understanding and erroneous assumptions.

While some stereotypes are a result of a small truth, many can be misconstrued and inaccurate. In the LGBTQ+ community alone, stereotypes have resulted in misconceptions, wrongfully held beliefs and, in some cases, harm.

Here are some of the most common stereotypes and misconceptions that people in the LGBTQ+ community have and continue to face.

Who ‘wears the pants’ in the relationship?

One of the most common stereotypes for same-sex couples is that there has to be a masculine and feminine role in the relationship, where one individual develops a more masculine role by being more dominant and by making most of the decisions. This idea stems from the traditional heterosexual couple that is a result of the preexisting patriarchal society established in the world.

When it comes to same-sex couples, most Americans believe the supposedly more masculine partner is credited to being the one who wears the pants in the relationship and performs stereotypically more masculine chores and decisions, according to a study presented by the Annual Meeting of the American Sociological Association. The study also found that those who are the supposedly more feminine partner are seen as upholding more stereotypical female chores and decisions. 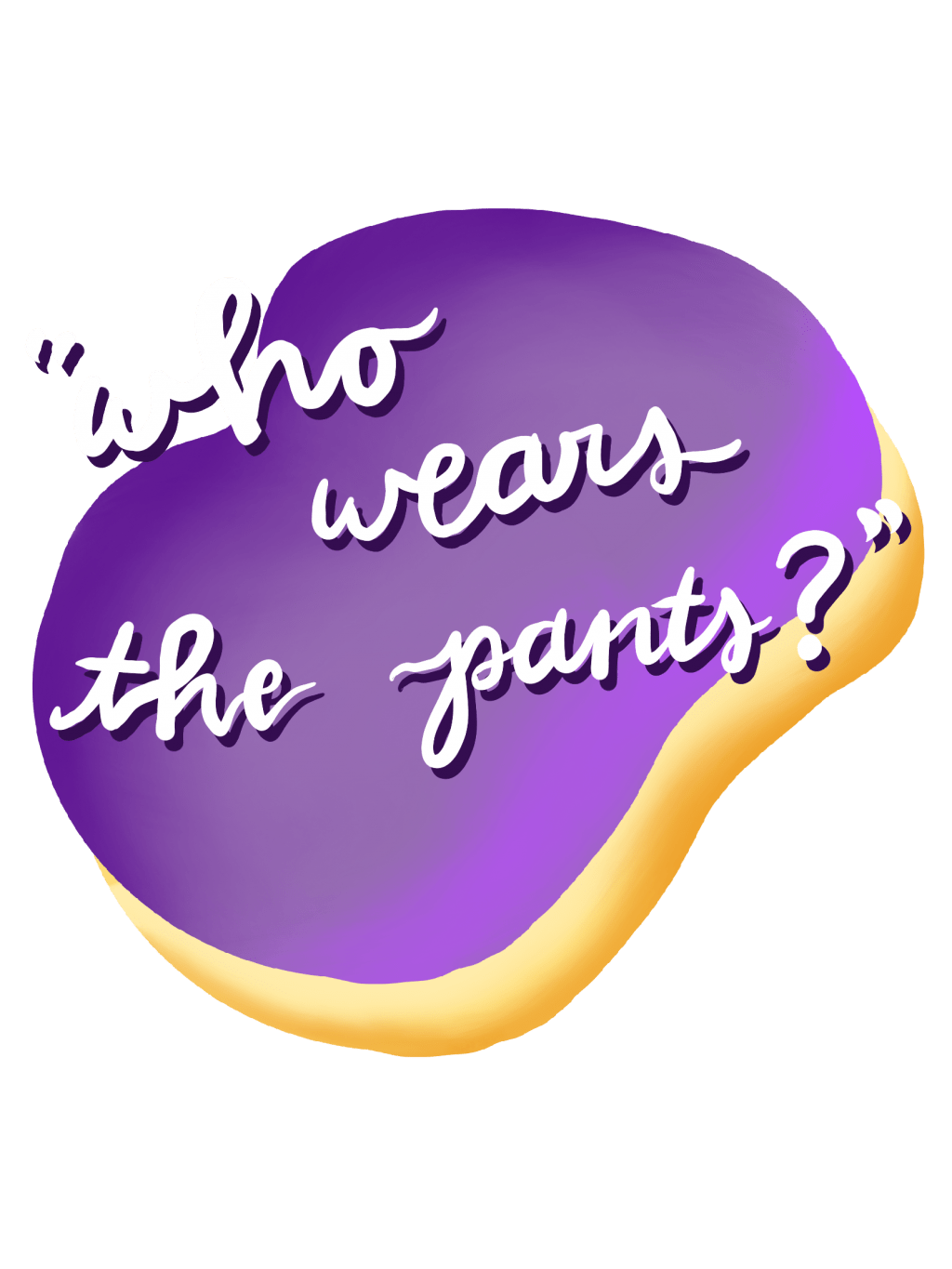 Regardless, there is a traditional sense of inequality of two individuals where one “wears the pants” in the relationship and the other does not. In heterosexual relationships, a lot of times men have been identified as the ones who “wear the pants” because of their literal tendency to wear pants as opposed to dresses and their figurative ability to have more say in making decisions.

However, most same-sex couples develop their relationships with a mutual understanding of value for each other by emphasizing the worth, attributes and talents of each individual. This helps prevent a power imbalance in a relationship and ensures stability. For this reason, people should not necessarily assume that same-sex couples have roles that equate to heterosexual identities influenced by a patriarchal society

The idea that AIDS is an allegedly gay disease is false. Anyone can get AIDS regardless of sexual orientation or identity. AIDS is caused by a virus, and like most viruses, it can infect everyone. While AIDS is common in men who have sex with other men, and develops over time from HIV, “heterosexuals accounted for 24 percent of new HIV infections in 2016,” with two-thirds of them being women, according to Healthline.

The stigma around AIDS in the LGBTQ+ community stems from a lack of information and awareness combined with outdated preconceptions and beliefs, according to the Centers for Disease Control and Prevention. 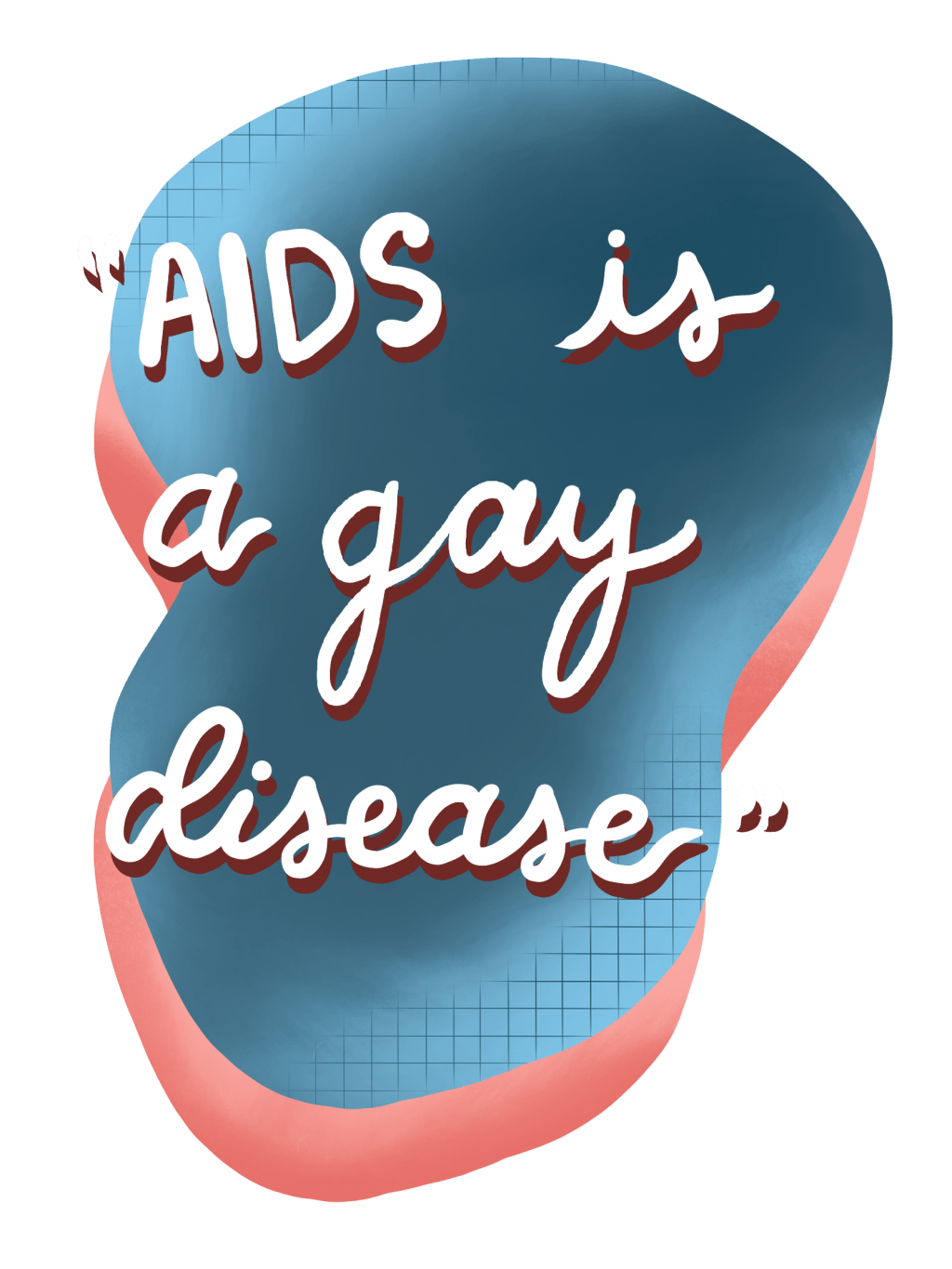 It is also inaccurate that HIV always leads to AIDS. AIDS is an auto-immune deficiency that results from an HIV infection attacking and weakening one’s immune system. AIDS is preventable when HIV is treated early, and people can live a perfectly normal life with HIV for their entire lifetime.

While many have connected AIDS to the LGBTQ+ community because of its early impact on this group during the 1980s, this does not mean it is a gay disease.

Despite some countries having severe laws and restrictions that limit the rights of those in the LGBTQ+ community, people who identify as LGBTQ+ are all over the world. In countries such as Nigeria or Russia, some people might go to great lengths to hide their identities to avoid any issues with the law. This might make it look like there is a lack of individuals who identify LGBTQ+, but it certainly doesn’t mean there are none.

Despite this, LGBTQ+ rights are improving in different parts of the world, allowing more people to embrace their identities and not hide from them. As of Oct. 28, 2019, there are 30 countries and territories that have expanded rights to LGBTQ+ individuals by legalizing same-sex marriage, including Taiwan, according to the Pew Research Center. 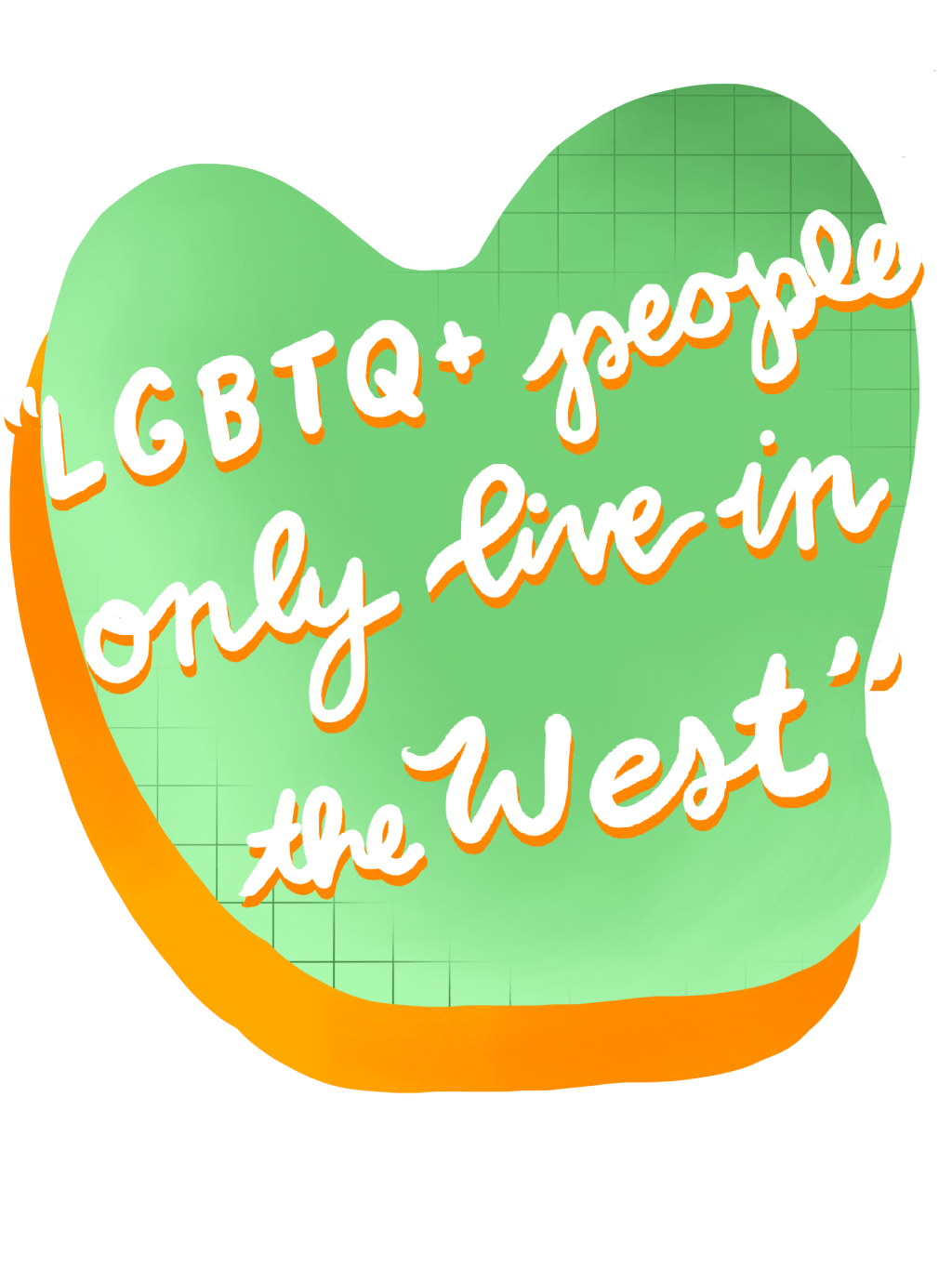 Taiwan became the first country in Asia to pass legislation allowing marriage equality, according to an article by Time. This has inspired other nearby countries in the East to begin policies that will reshape the world and become more accepting and inclusive for LGBTQ+ individuals.

While countries around the world have begun to make strides toward advancing LGBTQ+ rights, there is still much work to be done, particularly in non-western societies. Considering LGBTQ+ rights are more accepting in many western societies, many people in other parts of the world might feel the need to hide their true identity because of social stigma and discrimination that still exists.

Regardless of the location, LGBTQ+ rights are human rights, and everyone should be able to express how they feel and how they identify.

Children are too young to know they are trans*

With the emergence of awareness toward gender identity, young people who find themselves at odds with the stereotypical and societal gender identities of male and female have felt a sense of relief in terms of gender expectations.

Most children recognize stereotypes and labels between 18 and 24 months, “categorize their own gender” by the age of 3 and become “rigid about stereotypes” by 5 and 6 years old, according to the Mayo Clinic. Nonetheless, it is incorrect to delegitimize the feelings and beliefs of people who feel they are experiencing gender dysmorphia. 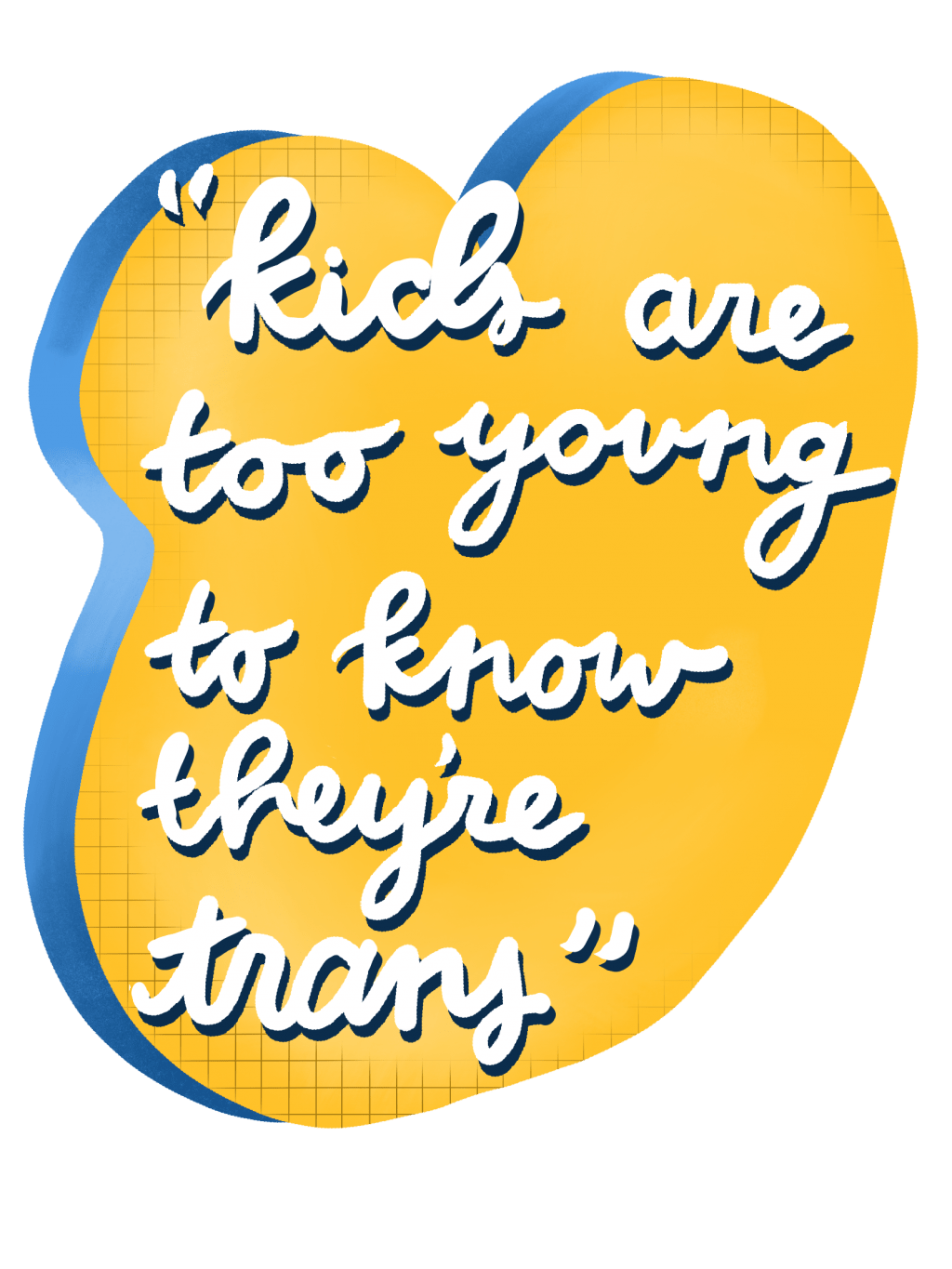 Gender-nonconforming children who proceed to transition have a strong sense of their true identity at an early age, according to a study conducted by psychologist Kristina Olson.

Regardless of a child’s identity, it’s important to understand how children feel about themselves and to listen and value their true and unapologetic self-identity.

Sexual orientation is a choice

LGBTQ+ identities and same-sex attraction might be be genetically influenced, but there is no certainty in determining exactly how sexual orientation and identities are created, according to a study published in Science Magazine. 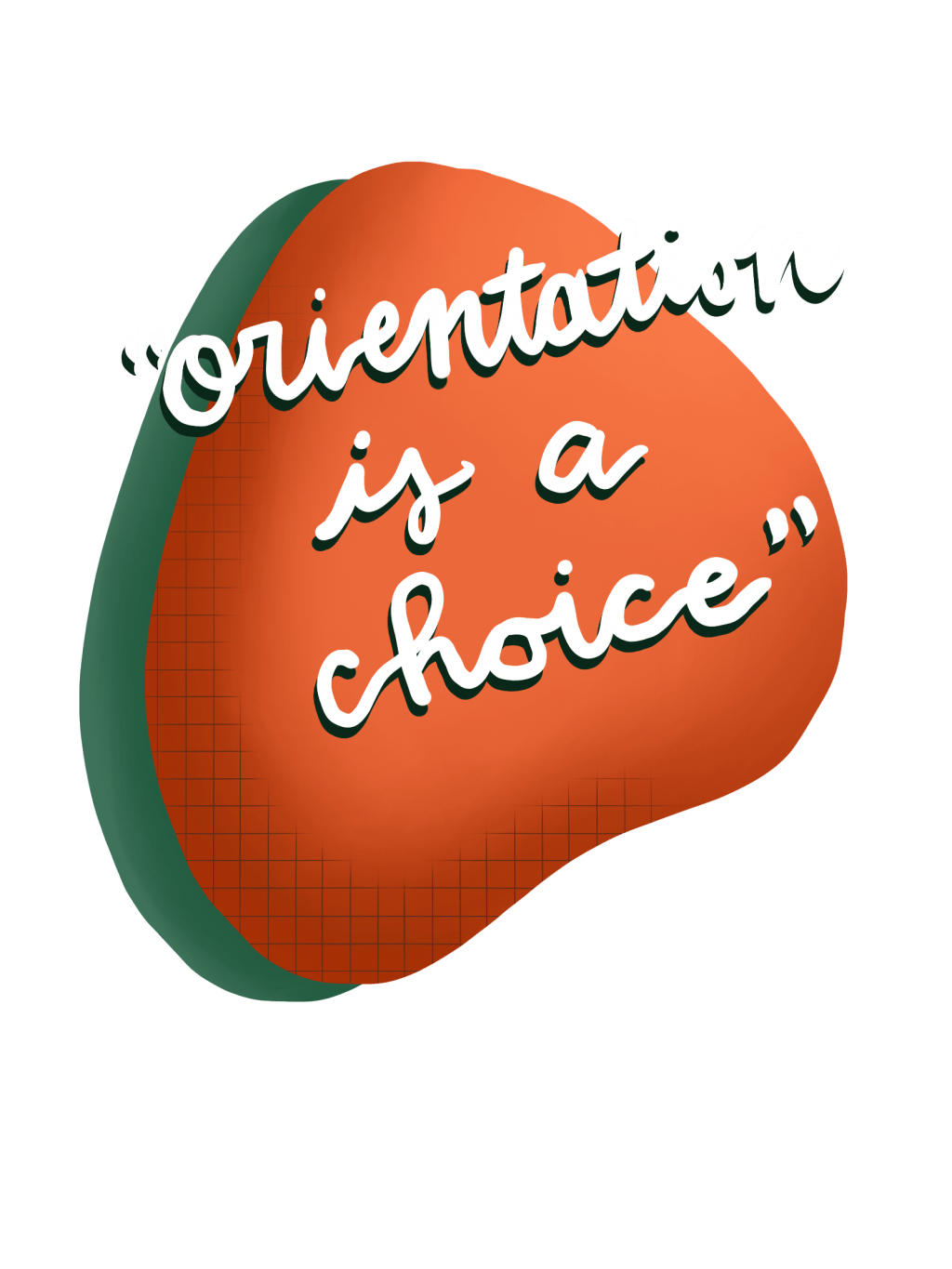 Researchers have also indicated that phrases such as, “whether sexual orientation is a choice” and words such as “choice,” “preference” and lifestyle” do little for understanding sexuality and have been used to oppress sexual minorities, according to a study published in Psychological Science in the Public Interest.

While there are far more complex understandings of sexual orientation from a scientific point of view, sexual orientation also comes from a deeply internalized form of identity that is harder to understand and that can’t really be controlled. While there are societal expectations and norms that have historically dictated who should be attracted to whom, this is an outdated concept and does not allow for true acceptance of one’s identity and sexual attraction.

As time goes on, it’s important to remain educated and openminded. It’s also crucial to acknowledge and recognize some of the difficult and challenging stereotypes members of the LGBTQ+ community face.

While stereotypes aren’t always false, gross assumptions and inaccurate information lead to misuse of stereotypes and sometimes even prejudice. The world is filled with stereotypes for different groups of individuals, and it’s important to stay vigilant and to understand that some stereotypes don’t accurately portray the truth and can cause harm.

As society continues to grow and change, it’s important to continue to live with open minds and open hearts. Regardless of the stereotype, members of the LGBTQ+ community deserve dignity and respect; combined with an open mind and open heart, one can reach boundless connections and a deeper understanding with anyone in the world, including those in the LGBTQ+ community.