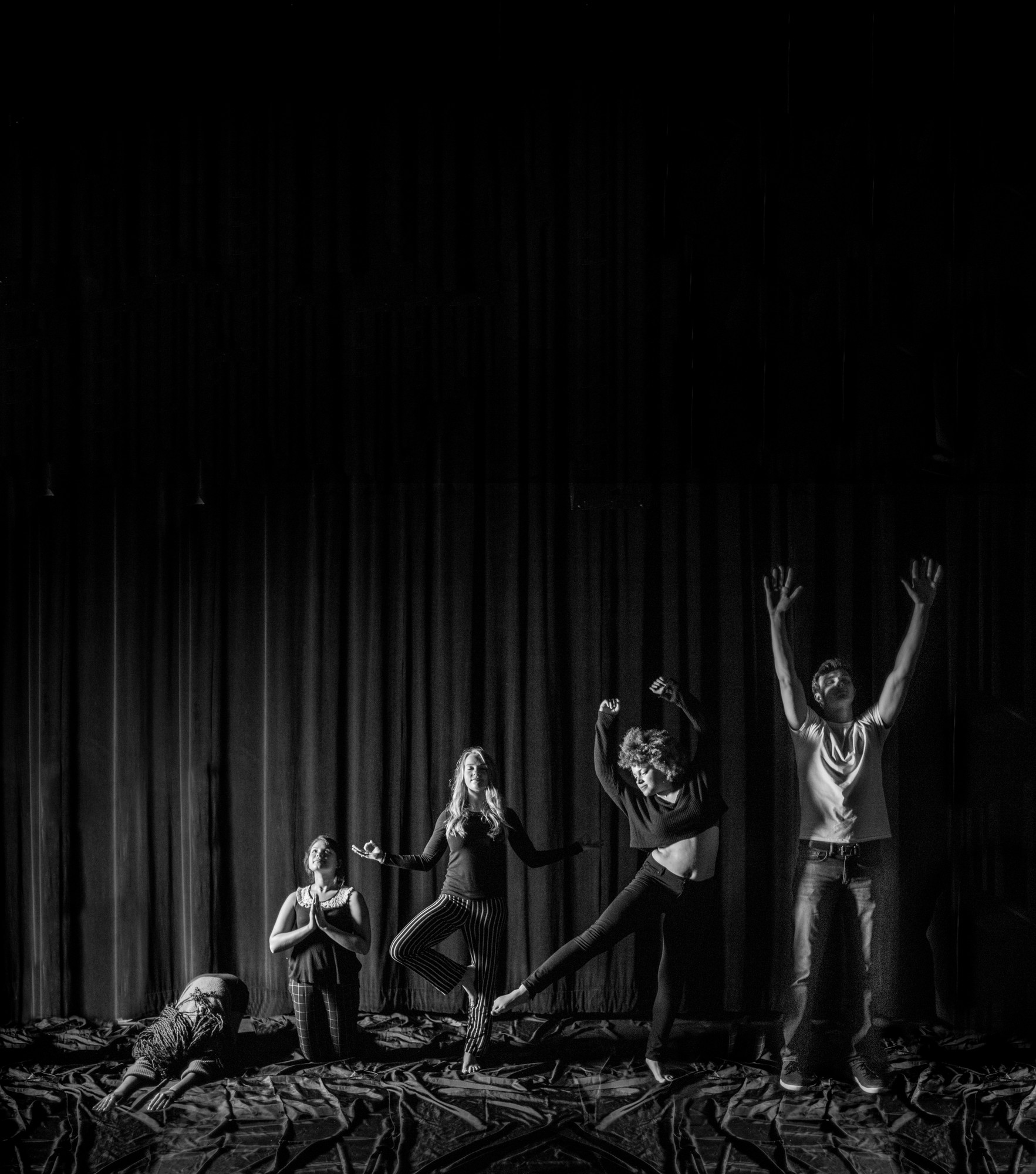 Leaping into the air with eyes closed, a woman dances alone in the dark.

In the chapel, a professor kneels at a pew, words whispered under her breath.

A student leans over a phone, scrolling through a beloved celebrity’s latest posts.

Inspired by injustice, an advocate sparks conversation with his peers about LGBTQ+ rights.

While these actions differ widely from one another, each could be categorized as worship – a term people use often without a clear definition.

However, in a community comprised of countless religions and denominations, a “one size fits all” interpretation of worship is no easy task. A Currents poll of 141 students found that while 58 percent worship primarily through music, students also listed prayer, Scripture, community, nature, dancing, art and social justice.

Religion Professor David Lemley studies and teaches Christian worship. In his teaching, he defines worship as “participation in God’s self-communication,” an academic interpretation that is also meaningful to him in a personal way.

Lemley said this definition is difficult to expand to encompass all faiths because in some religions, there is less of an emphasis on individual relationships with a deity.

Religion Professor Dyron Daughrity, who studies and teaches world religions, expanded his definition to apply to all faiths.

“Worship is an expression of awe or gratitude or commitment to the realm of the divine and it is inherently connected to sacrifice,” Daughrity said.

“Worship is the intense devotion and admiration of someone or something manifested in some sort of sacrifice of time, talent or wealth in a way that the object of your devotion would appreciate,” Bogardus said.

Adapting this definition to a Christian perspective, Bogardus said the target would be God. One could worship an individual, an object or even oneself, giving the amount of time and attention a Christian gives to God.

This means worship can also be associated with the secular world.

Sophomore Cristina Kostin said she defines herself as spiritual but secular. She defines worship as putting aside time to communicate appreciation of something or someone. She sees everyone as part of God, each person made of the same stardust and connected to the universe.

Kostin worships through nature walks, meditation and yoga. Another part of her worship is seeing others’ happiness.

“I think what binds us is our humanity,” Kostin said. “In this world, we’re so obsessed with perfection, but what we forget is that everyone struggles. Life isn’t wonderful all the time but if we learn to be grateful for what we do have, then what we don’t have doesn’t matter anymore.”

While Kostin isn’t Christian, she incorporates Christian aspects into her worship that’s directed toward the universe as a whole. She sometimes calls on angels or talks to Jesus, whom she views as a teacher.

“I believe God lives within us, not above us, that we are all part of God and God is love,” Kostin said. “I believe we are all one conscious universe, one system and life is one moment in time.”

For sophomore Christian Abad, a Roman Catholic, worship was a religious ritual that he was expected to take part in. As he grew older, it is now something he turns to for stress relief and support.

For University Chaplain Sara Barton, worship is participating in a greater celebration of God.

“Worship means acknowledging worth or ascribing worth, giving worth to,” Barton said. “So in that way, I think it’s just simple – giving worth and glory to God. But for Christians in particular, I think that we, at least as you read in Scripture, we claim to join in with the worship of all creation, that all of creation is worshipping God.”

Worship, an act of one or many

From church services to private prayer, acts of worship can involve one person or thousands of people.

“Worship became centrally about believing that when they gathered as Christians around a table like Jesus and his disciples, that Jesus was present in that,” Lemley said. “It became a place where they defined their central idea about community and their identities in the world were changed by that event.”

Daughrity emphasized the importance of true corporate worship in world religions, where group members know each other deeply through the community. In a more authentic definition of corporate worship, Daughrity said members of a faith share goals, worldviews and even family connections.

Without this element of community, it is not truly group worship.

“It’s private worship; they just happen to be in a room full of people,” Daughrity said.

A balance between personal and community worship is important in one’s spiritual life, Philosophy Professor Garrett Pendergraft said. An overemphasis on either corporate or individual worship means one is missing out on the important parts of the other.

Alison Barragan, a senior and nondenominational Christian, said she feels most connected to God when she worships alone, although she does participate in corporate worship.

“Every time I’m in a place of worship, I’m reminded of the truth of who I am and who God is,” Barragan said. “I think that centers everything for me. There’s no way to not receive the truth when you are in worship.” 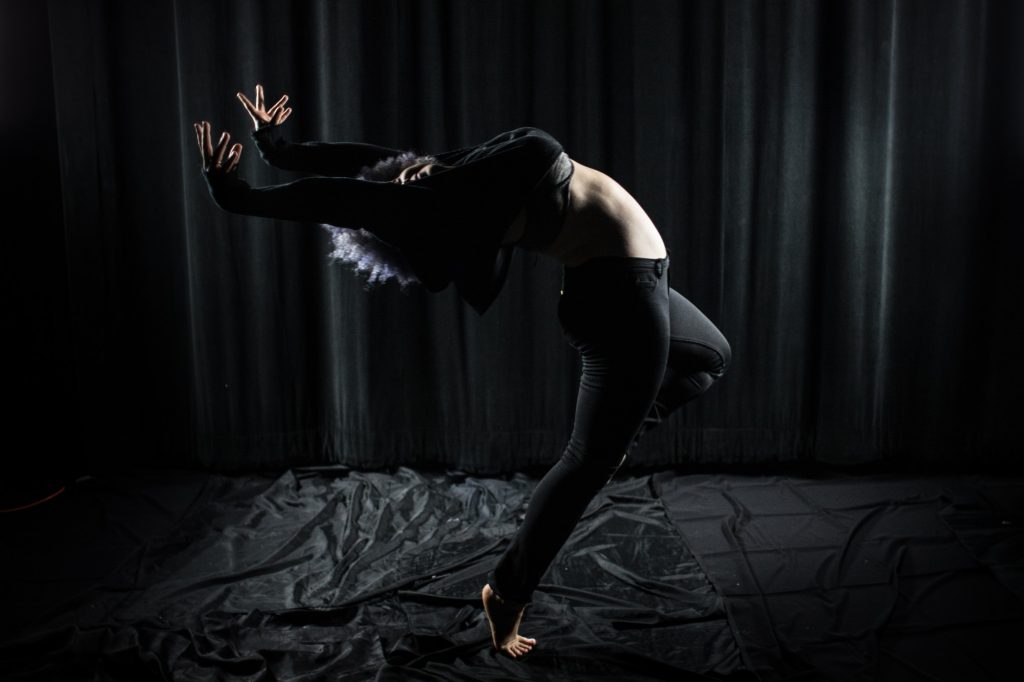 Whether one worships alone or with others, there are several ways one can express emotion. Judging from the variety of worship opportunities on campus, such as the sermon-based Wednesday Morning Chapel and Campus Recreation’s God in the Wilderness program, students have several outlets to choose from.

“I think the numbers of ways we can worship is up to our imagination,” Barton said. “I think we sometimes limit ourselves by thinking that worship is much smaller than the things we can [do]. I think that we’ve made it too small. I love it when – especially working with young people – when they come up with new things.”

Oftentimes, people use the word worship to describe Christian music, leading to a strong correlation between the two. While music is important, worship should include carrying the messages of these songs through daily life, Barton said.

Barragan said she sees worship as a broader term that individuals narrow down for themselves. She enjoys worshipping through silent prayer in solitude.

“For me, [worship is] any way that people can feel a greater sense of adoration through whichever way that looks like,” Barragan said. “People find worship through nature and through silence, through reading the word. There’s so many different ways people can worship, so I think it’s the most open-ended thing.”

“As a Christian theologian who teaches about worship, I’ve got to ground my definition in how God has been revealed, especially in Scripture and most especially in Jesus,” Lemley said. “I can’t just say because somebody said it was worship, it is. I’ve really got to measure it by what I consider so foundational, which is, ‘Is this bringing me into a deeper dialogue and relationship with God revealed in Christ?’” 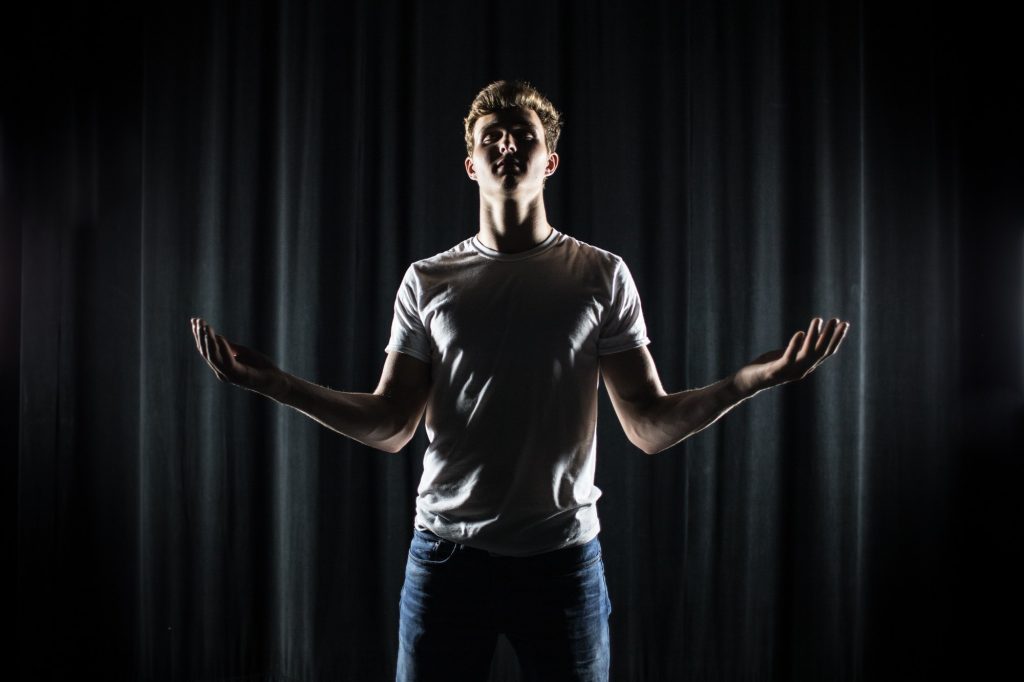 While the term worship is typically associated with the religious sphere, the act of devotion is still a part of the nonreligious individual’s life, Bogardus said.

“In that more generic sense of worship where it’s just intense devotion and admiration of someone or something manifested through the sacrifice of time, talents or wealth in a way that the person or thing would appreciate – probably everybody does that, if only with themselves,” Bogardus said.

Sophomore Loreley Estrada identifies as a nondenominational Christian, defining worship as being thankful for God’s presence and demonstrating this gratitude. While she said she chooses to worship God through song, meditation and breath prayer, Estrada said others can worship in a nonreligious context.

“A lot of us, we worship success,” Estrada said. “We worship and admire political figures. We worship social media because it has such a high place in our life because we give it a lot of time.”

Lemley remarked on how the concept of worship plays an active part in an individual’s life, religious or nonreligious.

The Currents poll found that students used worship to draw closer to God but also to find peace, joy, renewal, gratitude, purpose, fulfillment, stillness, clarity or a sense of belonging.

“Students grow and mature and change and they seem to want to connect with God with even more ways than perhaps they knew about when they first came in,” Barton said.

Barragan mentioned her own exposure to different worship settings at Pepperdine.

“Coming into Pepperdine, experiencing that in a more corporate setting, was kind of more of an interesting transition for me because I was like, ‘Whoa, this is something so intimate for me and now I’m doing it with like a bunch of people,’” Barragan said.

The broadening of worship outlets in college brings difficulties, such as balancing co-curriculars and finding transportation to services, Pendergraft said.

“Worship looks the same because the fundamental, the essence of worship, is the same sort of activity directed toward God,” Pendergraft said. “But there are different obstacles to it for college students. Every stage of life involves a different experience of what it’s like to worship and so that changes how worship is experienced. Fundamentally, it’s the same activity, it’s just in a different context.”