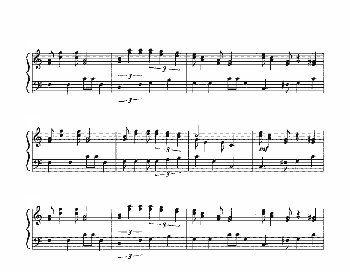 Professional film scorer and composer, Professor Eric Allaman, began teaching Topics in Media Production this year for the Communication and Fine Arts divisions. He has worked on numerous films and television shows, including A&E’s “Duck Dynasty” and ABC’s “Extreme Makeover: Home Edition.” Now he brings his professional experience as well as his incredible life story to Pepperdine.

Allaman was born in the Midwestern town of Springfield, Mo. but moved to Southern California when he was young. As a child, he said he developed a love and talent for music, especially piano, and was inspired by the work of the Baroque period. He found that he had a need to create music and said that he discovered beauty in “pulling something out of nothing” when composing. “Music doesn’t exist except in time, when you play it … when you create it, it’s very much a magical experience,” Allaman said.

Originally on the Pre-Med track, Allaman accepted a college scholarship to University of California, Irvine. However, he quickly realized that his real passion was for music and transferred into the music program at UCLA. Once he decided that he wanted to pursue a career in the music industry, Allaman said that the next big challenge was figuring out how to make a living. After college, e moved to Europe, spending time in Paris and Berlin. However, he soon found himself in the middle of a recession in the music industry and had a difficult time finding work.

Struggling to make ends meet, Allaman discovered Tangerine Dream, a band working on electronic music for film, and decided that this would be his way to support himself. They had success with several projects, including Tom Cruise’s film, “Legend.” He worked with the band for three years before moving back to the Los Angeles area.

Allaman first became involved with Pepperdine when he received membership to the Crest Associates, a group that supports scholarships and academics at the Seaver campus. As he began to spend more time on campus, he made connections with students and faculty members.

“I was just so taken by the average student that I would meet,” Allaman said. “I was just really awestruck. Pepperdine does a really good job of picking their students. I think it’s a dynamic university,” he said.

One of his main focuses as a professor is preparing his students for what they will encounter in the real world after graduation. Allaman says that in his line of work, it’s vital to learn how to network.

“You’ve got to figure out how to create contacts and develop experiences and create opportunities, and this is what my educational experience did not prepare me for,” he said.

He also said what has always interested him the most about different artists is “how they went from the point of the decision where they realize that this is what they want to do, to when the first major breaks happen.” Allaman believes that this is a crucial step in the musical industry that schools do not often teach.

When asked about his favorite projects as a composer, Allaman said one of his most rewarding experiences was working on two ballets with Thousand Oaks artistic director Kim Maselli. Allaman’s first ballet, “The Sea Princess” was received well by audiences. It will be running again in May in Thousand Oaks. He also achieved success with his second ballet, “Noah’s Ark.” Allaman referred to this production as a “dance drama” that is very family-accessible. According to Allaman, working on these ballets was an extremely rewarding experience because there was quite a bit of freedom.

“These are projects that are really dear to my heart because they have music that is completely out of the style that I would use to write for film,” Allaman said.

Allaman’s goal for his career at Pepperdine is to enrich his students’ understanding of the field.

“I’m interested in provoking some of the students and igniting their curiosity with film and television scoring and giving them a sense of the real world. I’m really excited about that challenge,” Allaman said. 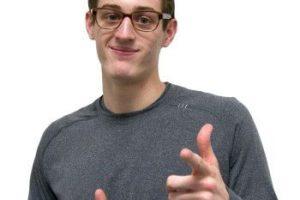 The Waves of Innovation presentations came and went last week and were generally regarded as a major success. The finalists...
Copyright 2018 Pepperdine Graphic
Back to top