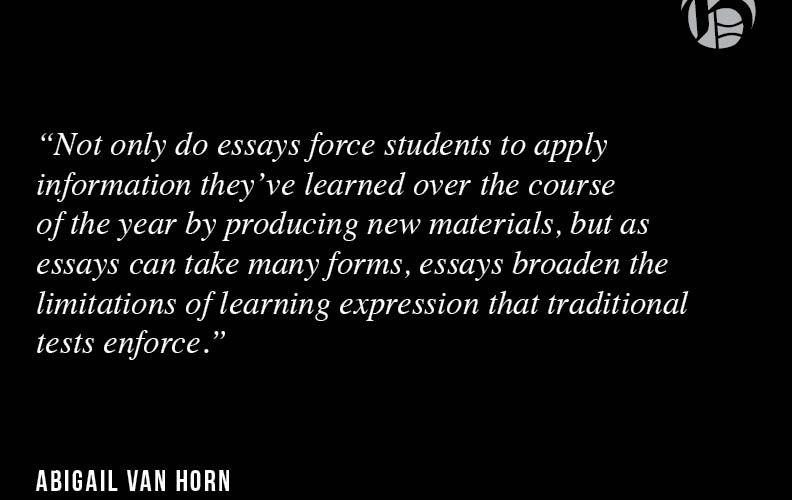 In college (and in high school) many of us expect that our grades will be the product of a representative combination of tests, quizzes and some “other” like projects or papers as determined by the professor with the goal of measuring the amount and quality of information that the student has learned. Tests and quizzes are so ingrained into our sense of intellectual reality that it’s difficult to imagine school without the continuously approaching midterm.

But traditional performance assessments (tests) don’t do a stellar job of gauging what the student has learned. Performance assessments “only test isolated application, facts or memorized data at lower-level thinking skills, ” according to Faye Rollings-Carter’s article “LinguaFolio Training Modules” published 2010 by LinguaFolio.

Pure memorization of facts not only is a lower level of thinking but also seems like an outdated concept. In the past, when people actually had to know information well enough to recall it, testing facts may have been important. But now we live in a time in which most have access to the collective knowledge of the world tucked in their back pocket. The knowing of facts then is obsolete as anyone can look up anything they don’t know in a convenient and efficient way.

In addition, about 16 to 20 percent of students suffer from high testing anxiety and another 18 percent have moderate test anxiety suggests the American Testing Anxiety Association. Learning should not come at the expense of mental health.

A better way to measure student growth in any given field would be testing alternatives such as a good old-fashioned essay. Testing alternatives like the essay “may even be advantageous to promote student learning and be more authentic means of students demonstrating what they have learned at the higher levels of Bloom’s Taxonomy (synthesis, analysis, evaluation)” according to the UC Berkley Center for Teaching and Learning.

Not only do essays force students to apply information they’ve learned over the course of the year by producing new materials, but as essays can take many forms, essays broaden the limitations of learning expression that traditional tests enforce. They also can be written over a length of time taking away harsh stresses of single day exams.

The traditional test needs to be thrown out. They asses a very rudimentary level of learning that emphasizes the memorization of facts that can be instantly googled. Alternatives such as essays, however, evaluate more thoroughly a students ability to synthesize information in a more low-pressure environment.

I'm Ready For This Election To Be Over 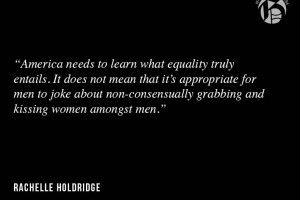 Graphic by Nate BartonSexism doesn't exist anymore. At least that's what more than half of men and about a third of women...
Copyright 2013 Jupiter Premium Magazine Theme
Back to top