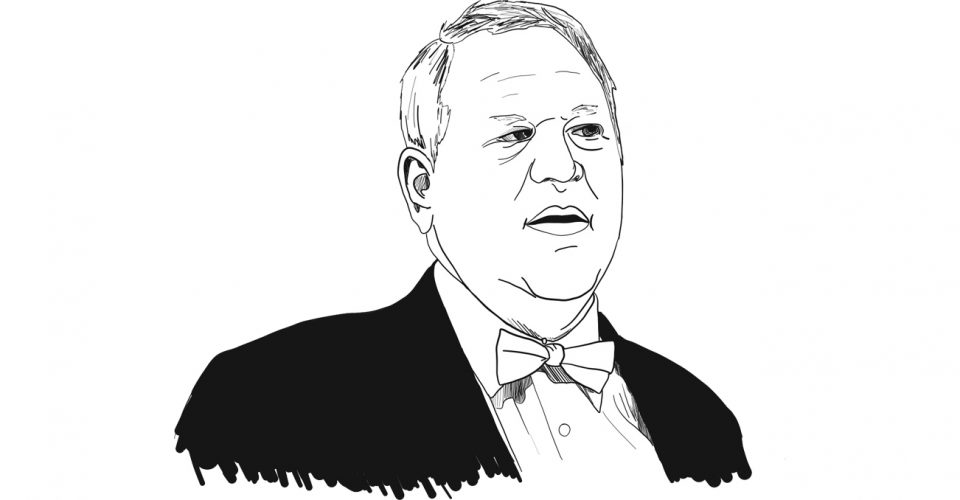 Earlier this month, The New York Times and the New Yorker both released in-depth reports detailing the long history of sexual assault and harassment perpetrated by one man: Harvey Weinstein.

Since then the floodgates, which apparently were held shut until now by a thin veil of willful ignorance and millions of dollars in hush money, have burst wide open. Dozens of women have stepped forward to share their stories, ranging in everything from inappropriate comments to rape.

No one should have to put up with what these women went through. Yet surveys show that at least 25 percent of women report experiencing sexual harassment in the workplace, and that number might actually be as high as 85 percent since many women do not report harassment or are unaware of what kind of behavior qualifies as sexual harassment, according to a 2016 report by the Equal Employment Opportunity Commission.

The reports on Weinstein were the spark needed to expose generations of sexual abuse not only in Hollywood, but other industries as well, and already several men besides Weinstein have lost their jobs in the aftermath. Across social media thousands of women posted the status “Me too” in an effort to show how widespread and common sexual harassment is.

Sexual misconduct in the workplace is finally out in the open, and people are talking about it. But what happens once the heat dies down? What happens when this becomes old news and people go back to their lives, business as usual? Will anyone still listen when it’s one woman speaking out instead of 60? Permanent change is needed, and it must come by cultural as well as legal means.

It’s not enough to be outraged and disgusted by Harvey Weinstein. Something needs to be done to keep this from ever happening again.

Cutting out the worst perpetrators like Weinstein is good, but it will not solve anything when the problem is systemic. You cannot kill a few cockroaches when you see them and expect the infestation to go away as a result. This is not about a few bad men, this is an issue with deep cultural roots and it must be addressed as such.

The allegations against Weinstein were something people chose to ignore. Women, afraid, traumatized and threatened, kept it to themselves or whispered it among friends. Those who did speak up risked their reputations and their careers, were accused of lying and were given money in out of court settlements to keep quiet.

The men saw it as something that didn’t affect them and therefore found it easier to pretend it wasn’t happening rather than risk their own careers. Often anyone speaking out is largely ignored because the public would rather not think of their favorite celebrities and directors as monsters.

Call some ugly old man on the street with no friends or relatives a rapist and everyone is happy to shame him and throw him in jail. But say the same thing about a beloved comedian like Bill Cosby, or a star college athlete like Brock Turner, and suddenly the first thought is about their career, their future, their reputation. No one wants to believe someone they know and like could do these things.

But for some reason the accusations against Weinstein have broken the mold, whether because they were so numerous or because the women making the accusations were beloved celebrities themselves. People are finally paying attention and the time to act is now while the outrage is still fresh.

Anti-harassment compliance training and clear codes of conduct need to become common practice in all industries. Women must be given better and easier avenues to speak out without risking their careers.

Most importantly, there needs to be a conscious effort to dissociate sexual misconduct from ideas of masculinity. “Boys must be raised to understand why that behavior is wrong, teenagers need to be reminded of it and grown men need to pay for it until they get the message” writes the New York Times Editorial Board in their article “Will Harvey Weinstein’s Fall Finally Reform Men?” published Oct. 28, 2017.

Men must hold themselves and each other accountable. 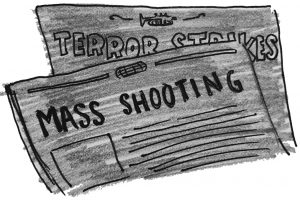 Art by Peau Porotesano The Las Vegas shooting affected communities across the nation, including the Pepperdine student...
Copyright 2013 Jupiter Premium Magazine Theme
Back to top