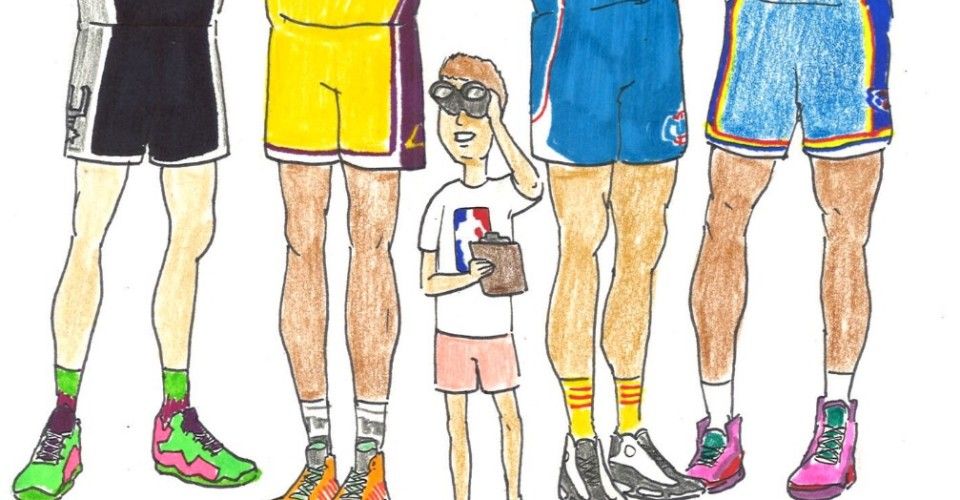 Haven’t you heard? The start of the 2016-17 NBA season is around the corner. That rumbling sound in the distance isn’t the San Andreas fault waking up after centuries of tossing and turning; it’s the sound of Philadelphians shuffling to their computers and phones, watching homemade highlight videos of 76ers center Joel Embiid playing basketball after two years of injuries. It’s the sound of Toronto Raptors guard Kyle Lowry frantically shooting threes past midnight, trying to find his shot in an empty gym. It’s the sound of anticipation.

No matter what happens in the Eastern Conference this season — surely, plenty of notable events will happen in the mediocre, crowded East — one event should occur, lest the basketball gods be mythical indeed.

Please hear me out, basketball powers-that-be: Please let the Cleveland Cavaliers and the New York Knicks play each other in the first round of the Eastern Conference playoffs.

Last year’s Eastern Conference matchups were nothing compared to those in the Western Conference. The West had electric offenses (i.e. Golden State, Portland), eccentric characters (Russell Westbrook, enough said) and close matchups throughout the postseason. The East had none of these things. Instead, the right coast had to endure a seven-game defensive struggle between the Indiana Pacers and the Toronto Raptors, then multiple series involving the Atlanta Hawks.

While the West boasted a classic series between the Oklahoma City Thunder and the Golden State Warriors, the East featured a 4-0 sweep of the Atlanta Hawks at the hands of the Cleveland Cavaliers. Nobody should sit through a six-game series between the Indiana Pacers and the Toronto Raptors. Nobody should feel inclined to watch the Charlotte Hornets (sans Jeremy Lin and his hair) in the postseason.

Instead, why not feature the Knicks, one of the NBA’s “super teams” in the first round? Watching Carmelo Anthony and LeBron James for (at least) four games would be more interesting than any other matchup in the East.

It’s been 15 years since Oak Hill Academy and St. Vincent-St. Mary’s High School squared off in front of a sellout crowd of 11,000 and a live television audience. Even though the world has changed drastically since then, Oak Hill’s Carmelo Anthony and St. Vincent-St. Mary’s LeBron James are still two of the best basketball players on the planet. Their history is one of several reasons why this playoff matchup needs to happen.

Anthony and James have played each other 31 times since they entered the league as the first and third picks, respectively, in the 2003 NBA Draft. Aside from giving 8-year-old me two fun rookie forwards to play as in NBA Live 2004, the 2003 NBA Draft was also “the best draft in NBA history,” according to Sam Smith (no, not that Sam Smith)’s article, titled “2003 draft could be best ever,” published on Oct. 30 2006 by MSNBC. They’re also 50 percent of the NBA’s notorious Banana Boat.

Despite their intertwined narratives, the last time LeBron James squared off with Carmelo Anthony in the playoffs was in a five game, first-round series in 2012. This series was mostly forgettable aside from Anthony’s 41-point barrage in game four of the series on May 6, 2012. With his back against the wall, Anthony scored 14 of the Knicks’ 25 fourth-quarter points in order to stave off the Miami Heat in a gritty, 89-87 win.

If two sure-fire future Hall of Famers aren’t enough to make this first-round matchup a NBA fan’s (fever) dream come true, perhaps the supporting cast could make this scenario even better. That is, if the core of the Cavaliers and the Knicks can make it to the postseason in one piece.

The Knicks snagged point guard Derrick Rose and center Joakim Noah from the Chicago Bulls, and while both signings are significant upgrades over the likes of Jose Calderon and Robin Lopez, this trade would’ve looked sweeter in 2012. Both players have suffered their fair share of season-altering injuries — and that’s putting it lightly — since then. Safe to say, neither Rose nor Noah are locks for next month, much less the postseason.

Although Cleveland fares much better than New York in the injury department, the future of the defending champions’ core is still uncertain — and by “core,” I mean “The Pipe God” and by that, I mean “J.R. Smith.” Despite the 3-point sharpshooter’s key contributions to Cleveland’s first title, the Cavaliers’ front office hasn’t signed Smith to a three-year — or even a one-year — deal. As of now, Smith is the biggest question mark for the defending champs, but one can only hope he’d suit up for the Cavs once more this season.

There’s something awfully poetic and tragic about Anthony getting help five years too late. While James has played the player-coach-GM role — most notoriously, pulling strings to land fellow Class of 2003 stars Dwayne Wade and Chris Bosh in Miami in 2010 — Anthony has had to get by with the opposite of that. To twist the knife even further, James won the 2016 Finals with some of Anthony’s ex-teammates: current LA Lakers center Timofey Mozgov, current Cavs reserve Iman Shumpert and the aforementioned J.R. Smith.

Here’s to hoping the Knicks can scrape some magic together for this series to happen. 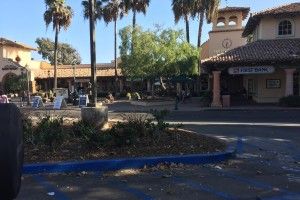