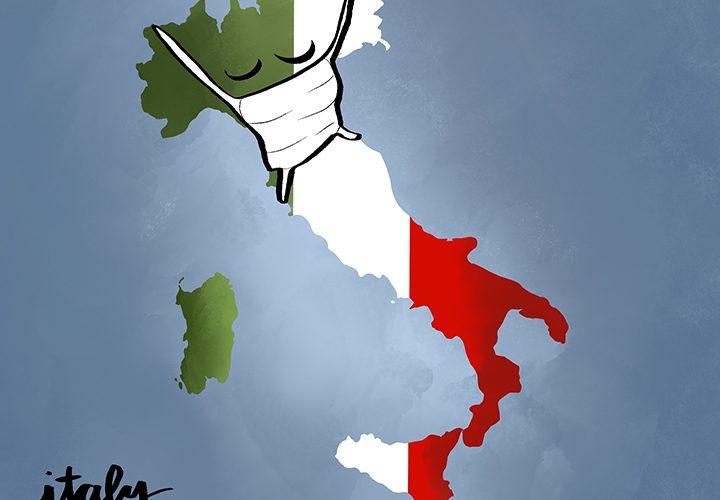 Hours before getting the news, the Florence program participants were certain they weren’t going home.

The last week of February, COVID-19 cases had increased tremendously throughout Italy. Rabie said other universities were beginning to close and masks were available to program participants in the student lounge as the spread got worse, but no one expected to return home early.

The Florence program was the first to transition to remote learning after Pepperdine suspended the program Feb. 26. Sophomore Jordan Regier said she arrived home to Thousand Oaks on Saturday, Feb. 29.

“It’s definitely interesting at first coming back and thinking that Italy was going to be the only European program sent home,” Regier said. “[We thought] that we were missing out, and then realizing that this is a lot more serious than we thought it was — it’s not about us.”

Rabie is from Alexandria, Louisiana, and chose to visit her sister in Edmonds, Washington, instead of staying in her hometown. However, in the time that she’s been in the U.S., she has been unable to travel back to Louisiana because of potential exposure and spread of COVID-19.

“My parents wanted to bring me home, but it’s not safe for me to travel in the Seattle airport,” Rabie said. “So I’ve been chilling here, adjusting to online classes.”

Regier said she saw the ripple effect of the virus from home when more abroad programs and universities moved to online classes. At the time of Florence’s suspension, Regier said students in the Florence program were convinced they would be the only ones to return home early.

Within days, Lausanne and Heidelberg went home, and many of Regier’s friends at U.S. universities also transitioned to remote classwork.

She’s seen a similar effect with the virus itself and in the ways Italy and the U.S. responded to the outbreak.

“When I was in Italy, I saw the shift from, ‘Oh, it’s just in the north, it’s just in the Lombardy region, it’s not in Florence,’ to ‘It’s starting to get more spread out — you need to go home,’” Regier said. “And then coming back to the U.S., it’s ‘Oh, it’s just in Washington and a couple random cases’ to ‘It’s very under-tested here, and there’s going to be a lot more cases than we think.’ It could be as serious as in Italy if we don’t take action.”

Since being home, Regier has spent her time staying in touch with her Florence cohort, hanging out with friends, reading and adjusting to online classes.

“There’ve definitely been hiccups,” she said. “But all of my professors are amazing — they’re all so excited that they can still teach us, and they’ve been really helpful. I think they’re doing a really good job. Honestly, the Zoom classes have been kind of fun, getting to see everyone.”

While the initial transition home was “craziness,” according to Regier, she and Rabie both commended the Florence staff and Pepperdine International Programs.

“Our faculty back in Italy are being very helpful and accommodating,” Rabie said. “They are really helpful in trying to help us maintain the learning atmosphere that we had over there, and that is much appreciated.” 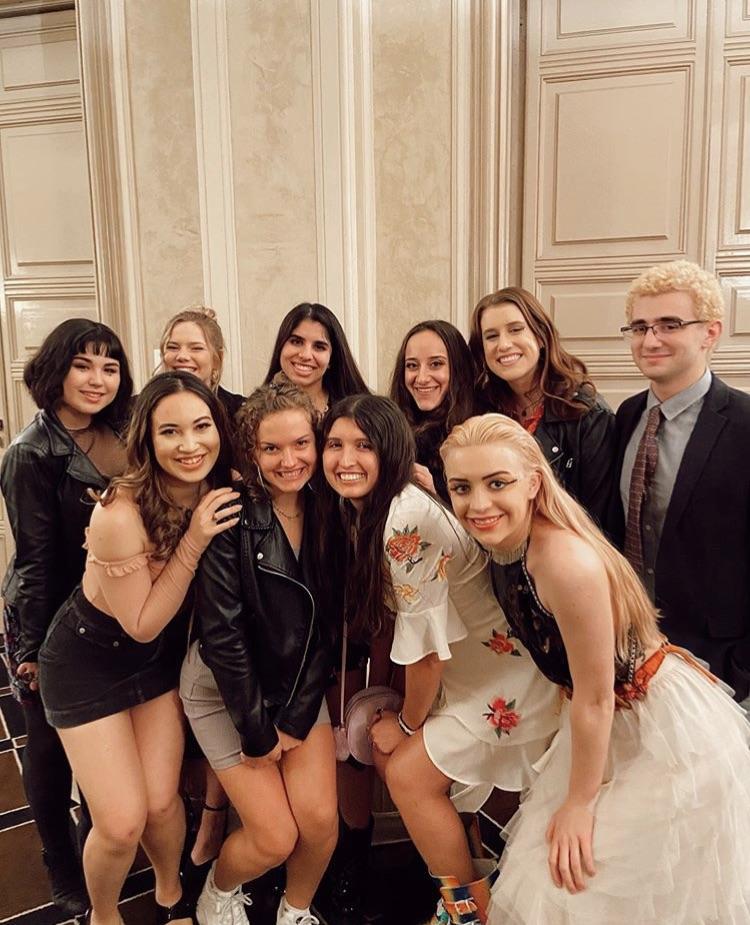 A group of Florence students pose for a final photo at the program’s formal banquet before leaving to return home. Photo courtesy of Alyssa Rabie

Regier said she thinks IP learned from the Florence program on how they should approach program suspension — telling Heidelberg and Lausanne in person that their program was suspended rather than through email, for example.

“The Florence staff has been great the whole time, and I think Pepperdine has learned how to keep in touch, reaching out to us, supporting us,” Regier said. “Now they’ve got it down.”

Leaving abroad early brought mixed emotions. Rabie and Regier said they felt disappointment, frustration and gratitude when reflecting on their year in Florence.

Regier said she’s choosing to focus on the university’s goal of keeping students safe and her own responsibility to help contain the virus.

“It’s hard to not be like, ‘Today, I would have been on travel break, and I would have been in Morocco,’” she said. “But I’m trying to remember that even though I’m disappointed, there’s a reason we were sent home and that we need to avoid doing the normal stuff because it’s not about us — it’s about getting it under control.” 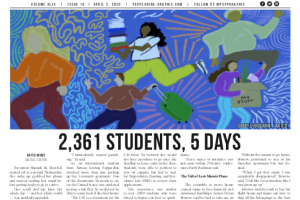 Sign up to get a PDF version of our issues delivered straight to your inbox each week: http://pepperdine-graphic.com/get-the-graphic-newspaper-delivered-to-your-inbox/
Copyright 2013 Jupiter Premium Magazine Theme
Back to top