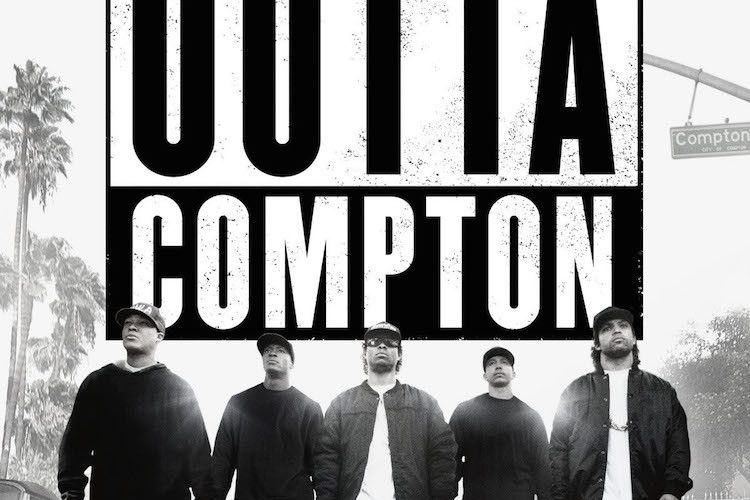 If Eminem’s freestyle rap battle versus Papa Doc in “8 Mile” (2002) soaked your blood with adrenaline, the trek to Agoura Hills Stadium 8 this weekend to see “Straight Outta Compton” (2015) will be well worth your time.

In this 147-minute drama, director F. Gary Gray documents the rise of N.W.A., a group of notorious “gangsta” rappers who dominated the streets of Compton, California, in the mid-1980s. The film, named after N.W.A.’s 1988 debut studio album, is much more than just a documentary about rap artists.

Through strategic cinematography, Gray is able to capture how a city pregnant with police brutality and horrific tragedy gave birth to a brotherhood of artistic fame.

The film opens with a scene featuring Dr. Dre (Corey Hawkins) fighting with his mother over getting a real job because she believes that a profession as a DJ is not lucrative enough to support a family. Dr. Dre, refusing to give up on his love of spinning records, walks out ­­— a decision that later instigates the creation of a previously unheard-of music genre: reality rap.

At this point in the film, N.W.A. begins a treacherous road to stardom. Under the leadership of corrupt management, and with the threat of violent riots, N.W.A. struggles to hold onto the inspiration that originally banded the group together.

Without the ability to fabricate plot lines and inject a scene with climactic dialogue, directors of documentary-style films have to find other avenues to elicit an emotional connection with the audience. Gray overcomes this dilemma and enables his film to reach broader audiences by interspersing the linear story with real news clips of police brutality that had aired during the time. The characters on screen witness the news at the same time as the audience, making the brutality and horror that much more shocking.

Gray also engenders a strong connection between the characters in his film and the audience by pairing the lyrics of N.W.A.’s music with visual elements of the characters’ lives. Lyrics can take on a whole new meaning when staring into the eyes of those who lived through the pain that breathed life into them.

Rap gives N.W.A. an avenue to escape from the world set out against them. Their songs give a voice to those whom society has silenced. The lyrics of N.W.A.’s songs represent not only those living on the streets in Compton but also millions of people facing hardship due to the setting in which they were born.

It can be difficult to imagine how a city 45 miles south of Malibu could be a world so different from our own.

We sit outside and can hear the blades of grass sing as they are showered with recycled water. Our daily worries consist of whether the espresso machine is going to be working at La Brea, or if Gonzaga is going to steal another win on our home court. After an hour-and-a-half drive on PCH, however, you will be transported to a place in which few have access to four-year plans. Each day is a test of survival. The mere appearance of a gang member can turn a walk to buy milk at the corner store into a tragic fight — one lost before it even begins.

Whether hidden in the hills of Malibu or roaming the streets of Compton, however, everyone is fighting his or her own type of pain. And when it comes to daily battles, Dr. Dre says it best: “Even when you’re close to defeat, rise to your feet.” 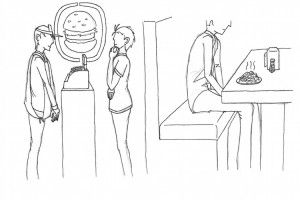