Two of three DPS reports of sex crimes on the Malibu campus in the past two weeks are no longer classified as sexual battery. The reports were originally posted on the Pepperdine Department of Public Safety’s Campus Crime and Fire Log and appeared in the Oct. 27 print edition of the Graphic.

Pepperdine is “required to provide a timely warning to the community with information to prevent similar crimes” when a crime presents an “ongoing threat,” Deputy Director of DPS Dawn Emrich wrote in an email to the Graphic in regard to the reports. These cases are reviewed by “designated University administrators” for incidences of sexual misconduct.

Emrich wrote that crimes that are reported and entered into the Campus Crime and Fire Log may be updated, and were in these two cases, if “resulting investigation shows that the initial description was inaccurate.”

The incident reported Oct. 20 is being reviewed by La Shonda Coleman, the university’s Title IX coordinator, and no specific location information was included in the initial report, according to an email to the Graphic from Pepperdine Public Relations on Wednesday.

PR stated that the incident reported on Oct. 21 was not a sexual battery, according to an email to the Graphic on Oct. 27.

“Investigation revealed this was not a sexual battery,” the emailed stated. “An individual with no affiliation to the university was asking a student intrusive questions at the Thornton Administrative Center. DPS made contact with the individual, advised them of trespassing on private property and escorted them off campus. The report was filed at the DPS office.”

A later email to the Graphic on Nov. 2, PR stated that “no sexual battery occurred” and the crime was re-classified as battery. The report was made in the DPS lobby by a third party, and “involved a person who allegedly grabbed the arm of a student and made a remark that made the student uncomfortable,” according to the email. Coleman is reviewing the incident, which is still listed as “Assault/Battery – Sex Crimes – Sexual Battery” on the most current version of the Crime and Fire Log as of 9:30 p.m. on Nov. 2.

An investigation of the incident reported Oct. 23 “revealed that no sexual battery occurred” and re-classified the incident as sexual harassment, according to PR’s Wednesday email. The incident was reported by a third party and “involved remarks being made and an attempt to grab a person, while walking near lower res road,” according to the email. No physical contact was reported. This incident is also being reviewed by Coleman. It is no longer listed on the Crime and Fire Log as of 9:30 p.m. on Wednesday.

Pepperdine encourages students to report all incidents and suspected incidents of sexual misconduct, according to Emrich’s email. “Reporting protects victims, promotes a healthy and safe campus culture, and holds the appropriate parties accountable,” she wrote, adding that victims are offered immunity from policy violations related to the report, as per the Good Samaritan Policy.

Reporting options and steps for victims to take are listed in the Pepperdine Student Policies and Procedures. The handbook notes that students have the right to choose to report or not report sexual misconduct. Victims seeking confidential support may contact the Pepperdine Counseling Center or University Chaplain Sara Barton, according to the handbook.

Coleman is also available to advise all individuals involved in an incident of sexual misconduct after receiving a report of the incident, according to the handbook.

The handbook lists several reporting options both inside and outside the university. Within Pepperdine, students have the option to report anonymously, report confidentially or file a formal report. Formal reports made within Pepperdine are reviewed by the Title IX Coordinator for Students, who decides the scope of any investigation as well as who investigates.

Reports made confidentially to Pepperdine are weighed “against the obligation to provide a safe, non-discriminatory environment for all students, including the student reporting the incident,” according to the handbook, which also states that instances in which Pepperdine cannot honor a request for confidentiality are “rare.”

Outside of Pepperdine, victims can report to community resource centers such as the Santa Monica Rape Treatment Center or the Sojourn Services, file a criminal charge with the Malibu Lost Hills Sheriff’s Station or file civil litigation.

The handbook states that students have the right to choose any of the aforementioned options, any combination of these options, or none. 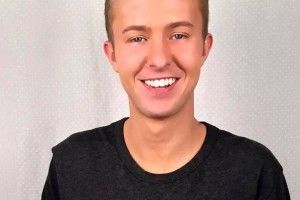