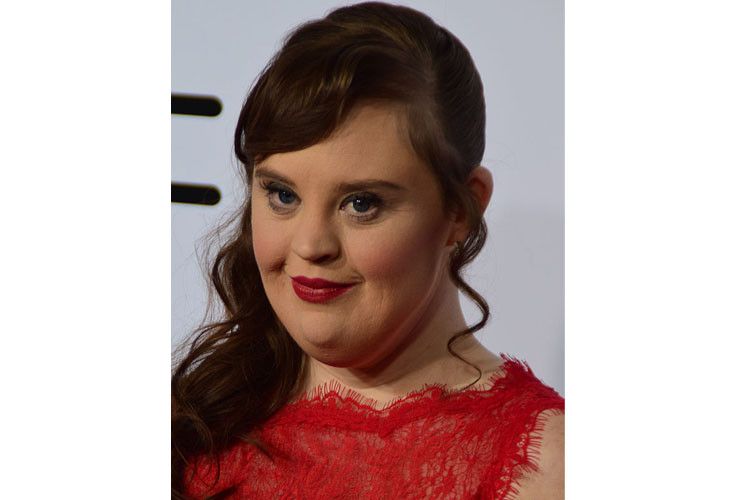 In the fashion world, audiences rarely see inspirational triumph of the human spirit. However, this week at New York Fashion Week, audiences saw all of this and more in the show featuring Carrie Hammer’s designs. The show was titled “Role Models, Not Runway Models,” and it featured unconventionally inspiring women to show off her work. One of these role models was Jamie Brewer, an actress on the hit show “American Horror Story” and the first runway model with Down Syndrome (DS). The models ranged from CEOs, activists, actresses and other women at the top of their fields, who have physical or intellectual disorders or limitations.

Brewer and her fellow role models were not the traditional Fashion Week models, and yet they were warmly received with applause and cheers from the audience. The idea of the show and the clothing designs was to change the image of what sort of women we admire. The designs were inspired by strong, empowered women, who are known for the ideas they come up with and the changes they make in the world, rather than for their appearances.

“I like idea of this show because I feel like runway models make people want to fulfill a certain criteria and it can lead to eating disorders and things like that because they’re trying to meet an unrealistic standard … I feel like it will give people the motivation to go for their goals because you can overcome anything,” said sophomore and media production major Meghan Drouin in an interview.

“Young girls and even young women … (see me) and say ‘Hey, if she can do it, so can I,’” Brewster said to USA Today. “It’s a true inspiration being a role model for any young woman, to (encourage them) in being who they are and showing who they are.”

Though most people recognize her roles in “American Horror Story,” Brewer is arguably equally accomplished outside of the entertainment business. At the young age of 19, she was elected to the State of Texas ARC Board and was later an executive on the board as well as the Governmental Affairs Committee for the State of Texas, where she was the only member with a disability.

“I think it gives people a chance to do something that they would have otherwise thought was impossible. You should still be able to achieve any goal you have despite physical restraints or not meeting the world’s traditional views of beauty,” noted freshman and international business major Megan Chou.

As for the fashion industry, it’s unclear if such risks will be easily accepted by the cutthroat business. However, many people believe that such changes are long overdue, and look forward the future, including senior and international studies major, Jared Chumsae who said, “This a very good indicator in my mind that society has been going back on the right track. We should not value beauty in the traditional, standardized form. That’s what makes people interesting, right? Why would we want everyone to be alike?”

I am thrilled that such a statement is reaching people. The sad truth is that DS is increasing. According to the Centers for Disease Control, from 1979-2003, the prevalence of DS at birth increased by 31 percent. The world is changing, and our children could have friends in school with the genetic disorder; it could even be one of our own children. It is time to take the stigma out of the syndrome. People born with DS and similar disorders do not make up the majority of the population. However, it is our moral obligation to bring light to social injustice. Perhaps this fashion show is just that, a fashion show. Nevertheless, discussion is happening, and people are re-evaluation how we approach people’s differences. If this mentality of acceptance and celebration of differences in the world continues, we are taking a step in the right direction and beginning to build a better future. 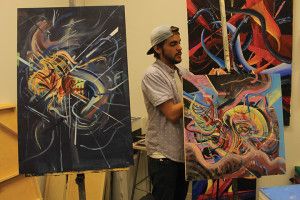 Photos by Carissa MosleyWhere on campus can you see colorful abstract paintings, unique mosaics and sculptures of thrifted...
Copyright 2013 Jupiter Premium Magazine Theme
Back to top