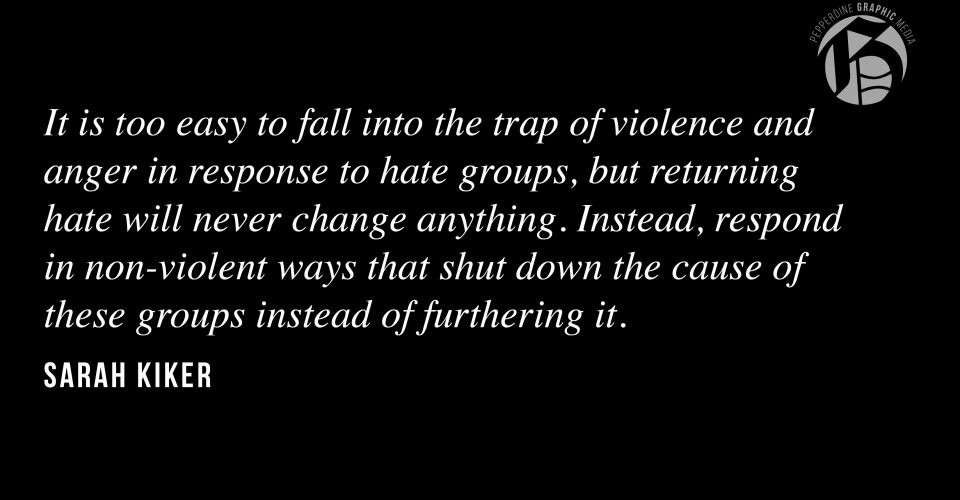 How should the public respond to White supremacist events like the Charlottesville rally? With a topic like this, it is easy to be consumed with anger, but the appropriate response is one of non-violence.

Symbols such as the Confederate flag and the swastika are enough to make people enraged. However, when the protests turned violent and resulted in the death of Heather Heyer, the issue reached another level.

It is reasonable to respond with immediate anger and hate at this event. But the response to hate should not be more hate. Counter-protesting at rallies like these only lead to more anger on both sides. Violence should not be returned but countered with different approaches.

Nonviolent protests are a much more effective way to change people’s minds. From 1900 to 2006, nonviolent demonstrations achieved their stated objective 53 percent of time, while violent protests are successful only 23 percent of the time, according to Maria J. Stephens and Erica Chenoweth’s “Why Civil Resistance Works,” published in 2008 by the International Security journal.

Instead of simply returning hate to hate groups, they should be responded to with a thorough and historical reminder of the past. Most of them probably won’t change their mind, but a constant, calm rejection of an idea will eventually help it fade away. The public’s response should be a united, collective No.

There are plenty of non-violent ways to respond to White supremacist rallies. Violence only increases their radical ideology, but non-violence is more effective.

For example, in 2012 at a “White power” march in Charlotte, North Carolina, counter-protesters dressed as clowns and carried signs reading “Wife power.”

“By undercutting the gravitas white supremacists are trying to accrue, humorous counter-protests may blunt the events’ usefulness for recruitment” according to Moises Velasquez-Manoff’s article “How to make fun of Nazis” published Aug. 17, 2017 by The New York Times.

It is too easy to fall into the trap of violence and anger in response to hate groups, but returning hate will never change anything. Instead, respond in non-violent ways that shut down the cause of these groups instead of furthering it. 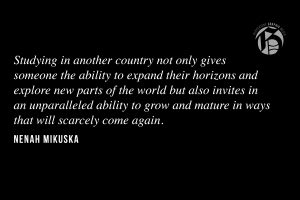 Graphic by Nate Barton A common question for Pepperdine students and alumni is “Did you go abroad?” Going abroad is a significant...
Copyright 2013 Jupiter Premium Magazine Theme
Back to top