Don’t Lose Hope for the Future 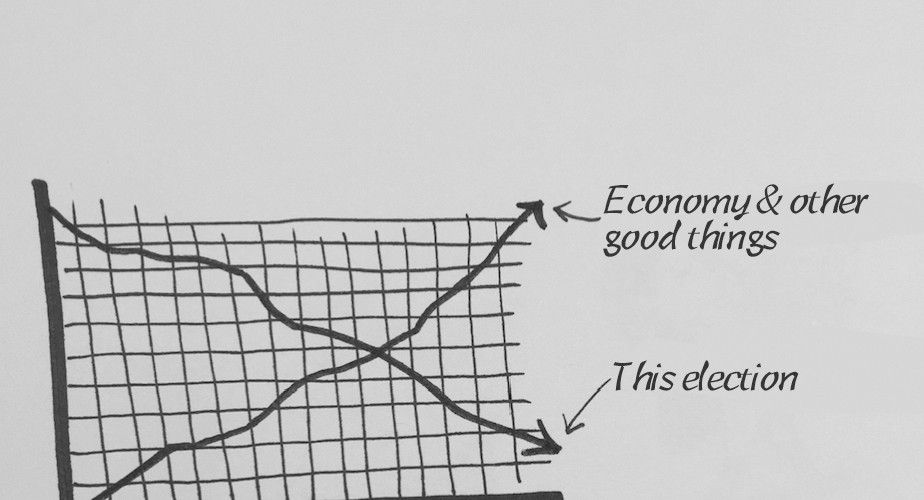 So close to the end of the 2016 election, I can’t help but feel dirty. With all the mudslinging, hate-driven and appalling information that keeps being uncovered on a daily basis, it is so easy to get bogged down in the wasteland of negative material. However, I want to present a gentle reminder that even though 2016 may have been a complete dumpster fire, not all things are bleak. There are real problems in the country, but when I only focus on the negatives, I want to lock myself inside wait for the apocalypse.

The troublesome thing about election years is that presidential candidates will often highlight what is negative about the country. This makes perfect sense: Who wants a candidate who doesn’t address the issues and point out what’s wrong? They would seem ineffectual. Though part of a candidate’s job is pointing out problems, I want to remind those of us listening to this rhetoric focused on the negative that all is not lost.

Let’s start with the economy. Since February 2010, “the economy has added jobs for 70 consecutive months, the longest streak on record,” according to Secretary of Labor Tom Perez, in his article “Indicators of Strong, Balanced Recovery,” published on Aug. 5, 2016 by the U.S. Department of Labor. While it can certainly seem like the job market is growing increasingly competitive and sparse, especially for those of us who are only a few steps away from leaving college, the truth is that things have grown increasingly better.

Gun violence is another important topic that has received a lot of attention over the past few years. It seems like every time I turn on the news, there is a new story about gun violence, and it tends to be an extremely divisive issue. While even one person being harmed by gun violence is too many, the truth is that gun violence has been decreasing significantly. Since 1993, gun violence has been reduced to about half of what it was before; as a whole, “the national rate of violent crime has decreased 49 percent,” according to Max Ehrenfreund’s article, “We’ve had a massive decline in gun violence in the United States. Here’s why,” published on Dec. 3, 2015 by The Washington Post.

Poverty also continues to fall in America. The poverty rate is “down 1.2 percentage points,” according to a study titled “Income and Poverty in the United States: 2015,” published on Sept. 3, 2016 by the United States Census Bureau. This doesn’t seem like a lot, but it means that 3.5 million people are no longer living below the poverty line.

In an election year, the worst things about our society are repeatedly argued over from two polarizing sides, and it can feel unending. Despite that, many things are actually getting better. Don’t spend time wishing for the past when things seemed easier, or being bitter about the present because things seem bleak. Instead, be eager for the future and know that, in the long run, we are moving toward a safer, more inclusive and better world. 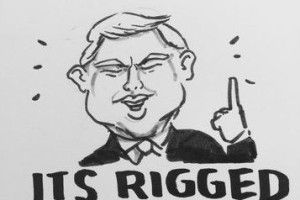