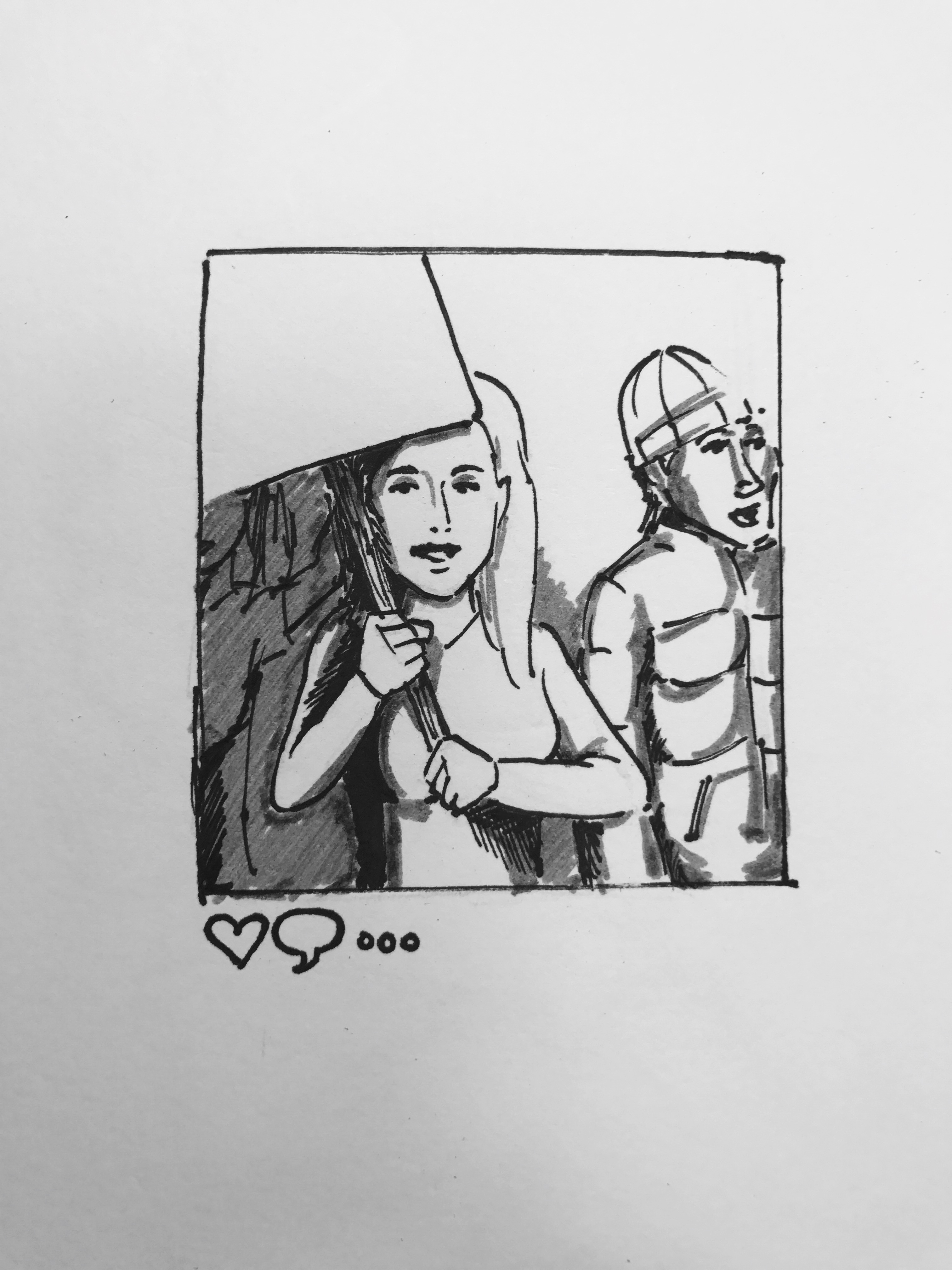 There is a new type of self-promotion via social media that has come to my attention as a result of the Women’s Marches throughout the country. The experiences cataloged on Facebook, Instagram and Snapchat point to a disturbing development in experience collecting: Moments that should not be about ourselves are absorbed into the process of self-promotion on social media. In the case of advocacy, this development undermines the reasons for organizing protests in the first place.

The Women’s March could only have happened in the age of social media. Since its success around the world, the origin story of the idea of a broad protest against President Donald Trump has been proudly circulated. Within a single day, the idea of a hypothetical march to protest the new administration received 10,000 responses, all through various social media platforms. Jenna Arnold, an adviser for the committee, recounted, “It would be hard to say that we would have had this kind of success without an existing platform like Facebook,” in Timothy Fadek’s article, “Women’s March Defines Protest in the Facebook Age,” published Jan. 21, 2017 by Wired. In this way, the Women’s March could be the prototype for protests in the 21st century.

Social media, however, had another role to play in the women’s marches. I noticed on my own Facebook and Instagram newsfeed how many posts were related to my friends’ participation in the marches, from Washington D.C. to Austin. Don’t get me wrong, I proudly posted an Instagram of my participation in the march in Los Angeles as well. I am guilty of this very act of self-promotion.

Though not bad in and of itself, it struck me as curious that the emphasis of the march was not so much the march but about individual experiences at the march. Photo after photo showed my friends, some proudly displaying hairy armpits and others holding meticulously decorated signs such as “My Body, My Choice!” I cannot help but wonder why we, and not the march itself, were the focus of that incredible day.The Women’s March was about something much bigger and vastly more important than the likes our highly filtered Instagram posts received.

I wonder if the march would have been as successful and widespread if social media had been removed from the equation. It is an unanswerable question, but would many of the participants, including me, have felt it was “worth it” if we could not prove we were there? Social media has the power to start social movements, apparent in the sheer size of the Women’s March. But it also has the power to undermine those movements’ true purpose.

Involvement in politics demands more commitment than a single post on Facebook; it involves a sacrifice of self for a greater cause. In the age of social media, go beyond the detachment of Facebook advocacy. Become personally involved with an organization, become the leader of a protest, or raise money for a specific cause you believe in. When contemplating our responses to the issues that face us today, we should ask ourselves if we are prepared to fight for our causes, even if it goes unnoticed. We must not stay silent on the issues, but perhaps we must downplay our own involvement in rectifying them for the sake of the cause.That is the kind of self-sacrificial advocacy our troubled world needs.