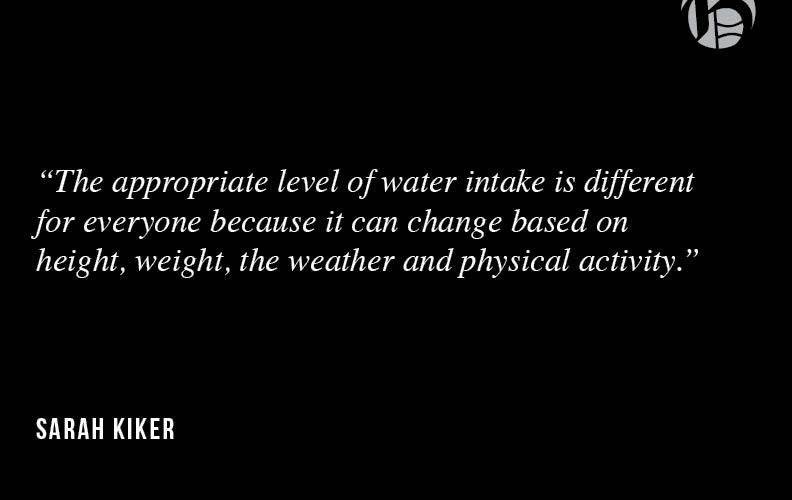 A common saying is that people should be drinking eight cups of water a day, and the more water a person drinks, the better. The result of this saying can be seen in Pepperdine students, who often bring huge bottles of water with them everywhere. However, despite the sweeping presence of this concept, it’s more of a myth than a scientific fact.

The popularity of the “8×8” rule, or eight, eight-ounce cups of water per day, comes from the general fear of dehydration and the belief that if a person feels thirsty, then it’s too late. However, the human body is actually pretty good at knowing when it needs water.

“Saying that you should drink more water than your body asks for is like saying that you should consciously breathe more often than you feel like because if a little oxygen is good for you then more must be better,” according to Dr. Chris van Tulleken’s article, “Do you really need to drink eight cups of water a day?,” published Oct. 10, 2013 by the BBC.

Dehydration is often set at 800 mOsm/kg or higher. This is a measurement of the level of water in urine. However, 800 mOsm/kg isn’t really a concerning level of dehydration. “I have rarely, if ever, used urine osmolality as the means by which I decide if a child is dehydrated. When I asked colleagues, none thought 800 mOsm/kg was the value at which they’d be concerned,” wrote pediatrician Aaron E. Carroll in his article, “No, You Do Not Have to Drink 8 Glasses of Water a Day,” published Aug. 24, 2015 by The New York Times.

The appropriate level of water intake is different for everyone because it can change based on height, weight, the weather and physical activity. The negative side effects of dehydration will not affect someone before they feel thirsty. Thirst is how the body asks for water, just like hunger.

Nutrition is complicated, so be discerning when it come to health advice and don’t rely on common sayings or myths. People should just drink water when they are thirsty. It’s that simple. 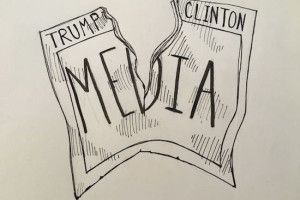 Graphic by Jessica Ragsdale Chances are that you could quickly categorize each news network by political affiliation....
Copyright 2018 Pepperdine Graphic
Back to top