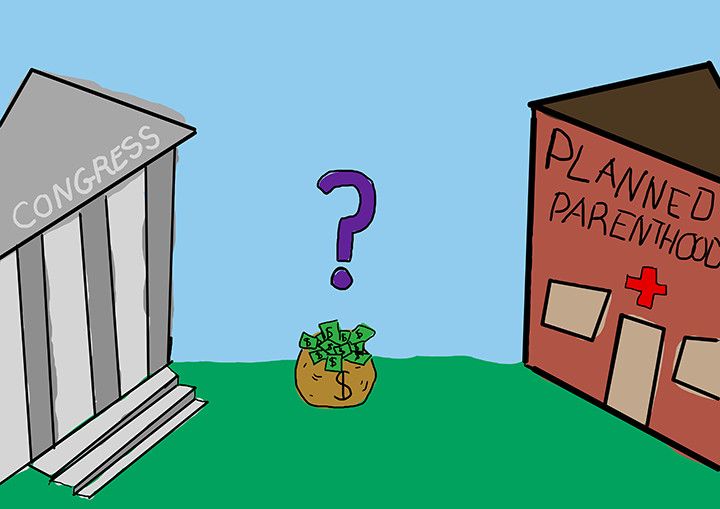 Planned Parenthood Federation of America is more than just abortions.

Planned Parenthood is a nonprofit organization dedicated to providing reproductive health care, counseling, STI testing, contraceptives and, most controversially, abortions. While the moral implications of abortions have been discussed in this country for decades, it is even more pertinent right now.

A video posted by The Center for Medical Progress shows Planned Parenthood’s head of medical services, Dr. Deborah Nucatola, discussing the donation of aborted fetal tissue. In addition to the controversy of this video, we are also seeing this issues being perhaps the single biggest hurdle in Congress’ effort to pass a new budget. While Planned Parenthood and its practices have been a topic of conversation for quite some time, now is a moment when we need to ignore false rhetoric and focus on what factual information we have.

Before diving into the issues we are currently faced with, I want to be clear in saying that I will not be addressing any of the earlier “undercover” style videos previously released. Those videos are not a fair representation of Planned Parenthood as a whole, but only go so far as to show one person’s individual actions.

First, let me be very clear on this: Planned Parenthood as an organization is not breaking the law. While it is undoubtedly accepting money for fetal tissue, it is are well within the law in doing so. Although it is illegal to sell fetal tissue for profit, 42 U.S. code 289g-2 clearly states that one is permitted to accept a small fee to cover the costs of storage, transportation and other inherent costs in donating fetal tissue.

In the aforementioned video, Dr. Nucatola is asked what the cost of buying fetal tissue might be; she responds by saying 30-100 dollars depending on the specimen. There is no way to know how much it actually costs Planned Parenthood to handle these specimens, but it would be hugely inappropriate to assume that Planned Parenthood would be able to make any kind of profit with costs that low.

Additionally, on the topic of selling or donating fetal tissue, it is important to look at what that tissue is used for. It’s unknown what percentage of donated fetal tissue goes to what, but it’s fair to say a majority of the donated tissue goes specifically to research.

R. Alta Charo of the University of Wisconsin, a professor in the field of bioethics spoke on an issue of the New England Journal of Medicine published early this September. “Virtually every person in this country has benefited from research using fetal tissue,” Charo said. Every child who’s been spared the risks and misery of chickenpox, rubella or polio can thank the Nobel Prize recipients and other scientists who used such tissue in research yielding the vaccines that protect us.” This shows that while the specifics of donating fetal tissue might be uncomfortable for some, Planned Parenthood is contributing to the scientific community’s ability to benefit our society through research.

Legal concerns are not the only ones facing Planned Parenthood right now. The majority of the pressure Republicans are facing in Congress does not stem from the public thinking that Planned Parenthood is breaking the law, but from the fact that many people firmly believe that abortion is morally wrong.

I can certainly see why they have this concern, as there is something unnerving about taking a fetus with a beating heart and ending its “life.” But regardless of what someone might about the morality of the issue, the truth is that our government has taken on the responsibility of providing assistance to pay for health care for everyone who needs it (through the Affordable Care Act). And because of our country’s dedication to equality, the government does not have the right to say that some people don’t deserve the same level of health care as another.

As long as both types of care fall within the law, as Planned Parenthood’s services do, the government has the responsibility to provide an equal amount of aid. A study by the Congressional Budget Office shows that if Planned Parenthood is defunded, it would increase federal spending by 130 million dollars in 10 years; but even more alarmingly, it would mean that 650,000 women would lose partial access to health care.

Regardless of what you believe regarding the morality of Planned Parenthood practicing abortion, defunding it would not solve the problem. We should continue this conversation concerning the morality of abortion, but we should not take action that is going to do more harm than good, as defunding Planned Parenthood would. Instead, any aversion to abortion should result in a loving attention paid to the women who feel the need to get one and aiding them in avoiding those pregnancies. One should support the measures we have that protect women and children from diseases, ensure people have free birth control and aid those who cannot afford the care which many of us take for granted.